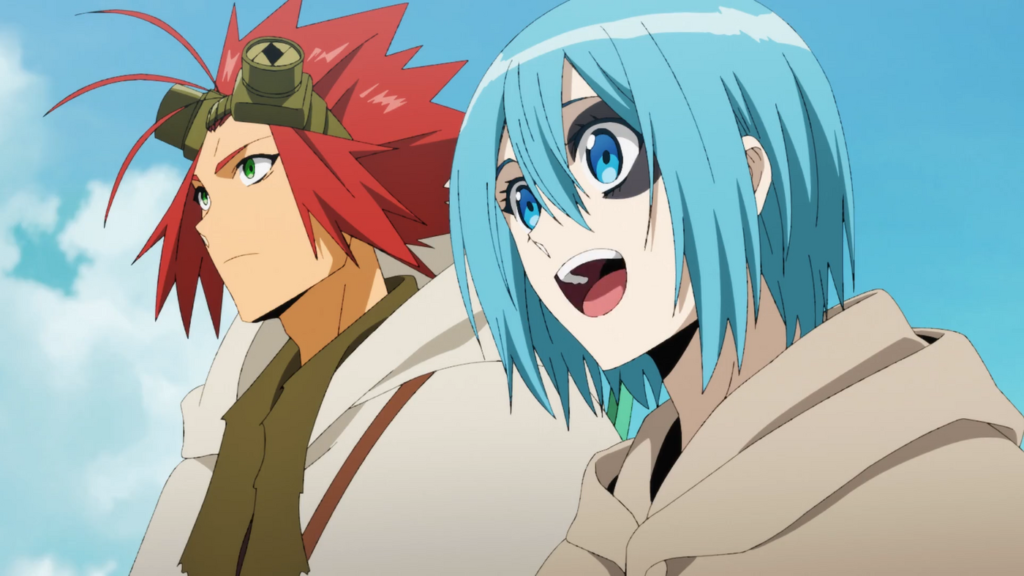 “Sabikui Bisco,” also known as Rust-Eater Bisco, is an anime series that anyone who likes Shonen and adventure anime needs to watch. The story, written by Shinji Cobkubo with art based on illustrations from K Akagashi, and world building by Mocha, is on par with some of the best breakout anime I can think of. The show is set in a world where Japan has been devastated. There is a new cancer-like disease called rust that’s caused by windstorms and mushroom spores. With no real cure, people are slowly dying. The treatments that are available are expensive and can only slow down the spreading of rust.

Bisco Akaboshi is a wanted mushroom keeper, and a person who the government has pinned the spreading of rust on. When he finds out that his partner and father figure Jabi’s rust has entered its last stages, he bets all his luck on breaking into the Gunma-Imihama Prefecture. His main mission is to find someone who can help treat Jabi, and it’s here he meets the young doctor Milo Nekoyanagi. Milo is also known as Panda due to a unique dark spot over his left eye.

Possible spoilers from here on out…

Their trusty crab Akutagawa helps them travel across the desert. Bisco and Milo set out to find the “Sabikui,” a mushroom rumored to have the ability to cure rust altogether. They meet many forces which want them to fail, including the entire government of the Gunma-Imihama Prefecture. Conflicts between Pawoo, a government agent and sister to Milo fuel the story forward. Eventually she comes around to their side. Another government agent, Tirol Ōchagama becomes a pivotal character in helping them in their journey to fight the rust.

Wrapping up the story with; fighting a crazy giant robot hell-bent on spreading rust and eradicating the human race; one character’s re-incarnation and setting the stage for a budding romance we’ll likely see in season two.

It’s a good series to binge. And luckily the whole thing is out now on Crunchyroll.

Source Material For A Second Season?

The manga currently has eight novels completed. Season one covers the first four. So, season two would theoretically based on the back four. Those cover how Bisco and Milo are being actively sought out by the government. They are on the run offering free medical treatment of rust. Something that the government wants to monetize and only provide treatment to the rich for. Bisco is in declining health and he and Milo will travel to Shimane. The story focuses on their journey to meet the immortal monk Kelshinha in hopes that will help them cure Bisco.

Officially, Studio OZ has not renewed “Sabikui Bisco.” Production for season one took about 10 months. If they make an announcement soon, it could mean a second season would premiere in late 2023 or early 2024. A new light novel for “Sabikui Bisco” is coming as well. “Sabikui Bisco 2” started production in December of 2021.

Hopefully it’s a sign that if renewed, it may also get a third season.