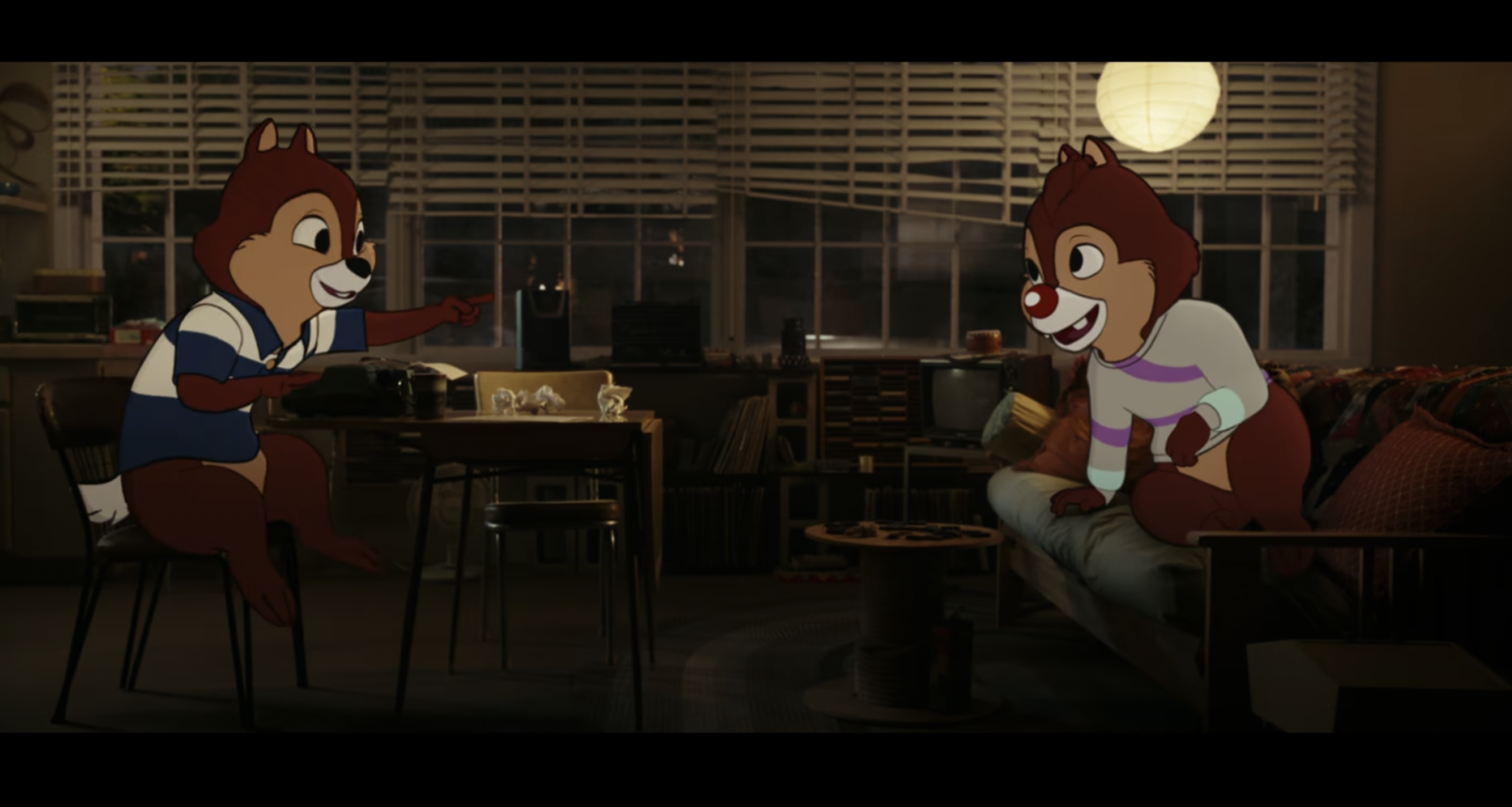 It has been almost 32 years since the last new episode of beloved Disney Afternoon staple, “Chip n’ Dale: Rescue Rangers:” aired in syndication. The action/adventure based spin-off for the two Disney chipmunks featured them solving mysteries and crimes with the help of their friends Gadget, Monterey Jack, and Zipper. But we’re happy to say that after a three decade absence, these two gumshoes, are still picking up the slack and delivering us a new trailer.

Previously we got to see a lot of this world in which the film takes place; a Roger Rabbit-style universe where toons and humans live together. Actually, considering the first trailer HAD Roger Rabbit in it, well, it probably is that universe. We also find out that the Rescue Rangers was a show within the universe where Chip and Dale were actors within it; a show which was canceled by the way, putting the sibling chipmunks at odds with each other.

This time around we get to see a bit more about the relationship between the brothers and the separate lives they’ve been living. Dale has been appearing at conventions and living off of his fame, Chip on the other hand seems to be selling insurance. However, the two of them need to team up together now that a number of cartoon characters have been going missing. And, well, as the theme song says, “There’s no case too big, no case too small, when you need help just call…”

The police apparently need an extra hand to which Chip is happy to let them take the bulk of the legwork. Dale though is far more gung-ho about the experience. Naturally this is the kind of thing that leads to conflict, and the banter between Andy Samberg and John Mulaney sells the comedic elements of it incredibly well. We also get to see a villainous Peter Pan who seems to be antagonizing Chip and Dale, but to what end and to what motivations, we’ll probably have to wait until the film releases.

Which, good news, is still set for a Disney+ release on May 20th, 2022. Check out the new trailer below.