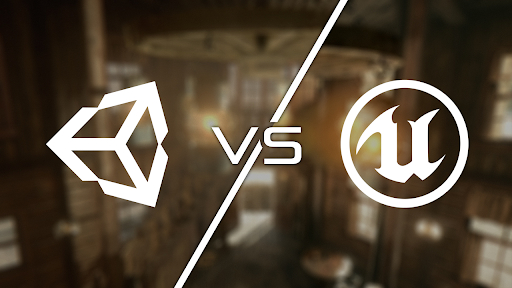 Today our team decided to make a cool review on unity vs unreal. Ready? Then let’s go!

It was formerly the dominant engine in the independent games industry, but Unreal Engine 4 is steadily gaining footing in its niche. We’ll explore the reasons behind this today in an effort to assist you in making an informed decision on the core of your next game.

When Unity came out, the price of most major game production engines went up significantly. RPG Maker, for example, gave just a percentage of its capabilities for free, while the rest had to be paid for. The world’s dread of progress was broken when a fully-fledged and free alternative was made available. For both 3D and 2D games, Unity has grown to provide more and more intriguing options.

The Pros and Cons of Native Apps vs Cross-Platform Apps

What Is A Wire Grip And Its Usage?

One of Unity’s major rivals these days is Unreal Engine, a free and user-friendly alternative.

Tools like landscape editors, physics simulations, animations and better lighting are included in both engines’ vast toolkits. However, you’ll see that a growing number of Unity developers are making the jump to Epic Games. A few people even attempt to develop their first full-fledged games with Unreal Engine 4. Why?

As gamers strive for the greatest visuals, any game with a modest budget and artists without 20 years of expertise is deemed at the very least average by those who have been spoiled by AAA titles. For the most part, survival games don’t give the same level of quality as games like Gears of War, God of War, or even Days Gone, despite their attractive visuals. Therefore, while making a game, developers think about how to get beautiful effects in a straightforward method, and Unreal Engine 4 is the clear winner here. After the initial startup, it delivers the well-known “wow effect” with a presentation of stunning lighting, complex models, and powerful tools for modifying visuals.

We’re presented with an unpolished, out-of-date scenario in Unity. In order to get a comparable look to UE4, you’ll need to work hard: switch to HDRP, alter the lighting, and add a skybox. However, the same outcome will not be achieved even after the transition. Due to Epic’s long history as an engine developer, they have amassed a great deal of expertise and have always come up with something fresh. The rest of the industry had to catch up. Smaller projects, especially in 2D and for mobile devices, are better suited to Unity.

Efficacy and ease of use

An additional benefit of Unreal Engine 4 is that it is more user-friendly. In Epic Games software, you always have many solid options at your fingertips that operate thoroughly by default if you want to do anything with the game. There is no need to bother about downloading additional software or manually rewriting it in order to get it to operate. To get the same result in Unity as in Unreal, you’ll need to dive into the necessary tools. Time and money will have to be spent on further programming efforts.

It’s no secret that a skilled programmer’s time is worth a lot of money. For this reason, if we have a restricted budget (as we typically do), we try to do everything ourselves as much as possible. Because Unity doesn’t have as many helpful choices, creating a game scene prototype might be difficult. With Unreal Engine 4, you just need to master a few visual programming principles to perform anything.

Consider two basic scenes: the door animation and the delivery sequence. To create an interactive door opening animation in Unity, you need to know how to program in C #, link collision detection, and build an animation sequence. Implementation is also possible through the Bolt visual programming tool – it became free in the summer of 2020.

In Unreal Engine 4, all you have to do is create an appropriate Blueprint (visual scripting element) into which you can immediately add a collision, an animation sequence, and prepare a working mechanism with a few simple connections. The process on the two engines is largely similar.

The second example is videos related to gameplay. In Unity, you should be familiar with the Cinemachine tool (preferably in conjunction with the Timeline) – it will take a day or two to master. In UE4, all you have to do is open the Cinematic tool, manually adjust the camera, separate the cutscene from the rest of the game with a single click, start recording, and with a simple click save what has been created to the game world. Literally in 5 minutes (maybe a little longer) you can show a swinging bridge, growing trees or moving objects and use them in the gameplay.

Bob Chapek Vows Meeting with DeSantis, Pledges to do Better