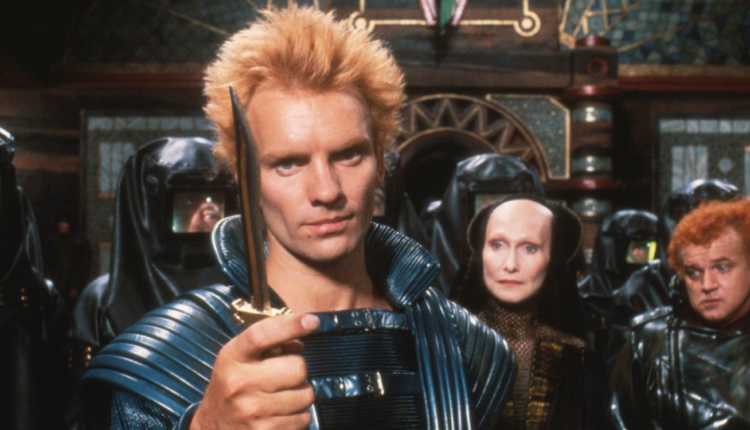 Before we all get too excited, let’s ask ourselves one big question. How would Robert Pattinson look with red hair? We ask because apparently “The Batman” star would be interested in a role in Denis Villenueve‘s upcoming “Dune Part Two.” Sure, there are multiple notable characters in the film to be cast- Emperor Shaddam IV, Count Fenring. But one of the two we’re all waiting for is Baron Harkonnen’s nephew, Feyd Rautha Harkonnen.

Played by Sting in David Lynch’s 1984 version of “Dune,” Feyd is written as a young, beautiful devious warrior. He’s the king of the fighting pits on Harkonnen homeworld Geidi Prime. He has his sights set on usurping his uncle’s position. And, he eventually meets Paul face to face for a Harkonnen knife fight.

We’ll admit, Pattinson would be a strange choice for Feyd. He’s too old for the role (35) as written, and is 9 years Timothée Chalamet‘s senior. The characters are meant to be of an age, so this would be kind of a stretch.

But why are we even talking about this as a possibility? With “The Batman” racking in positive reviews and box office rev, why “Dune” talk? Because, Pattinson mentioned it himself while speaking to Variety.

“I love those ‘Apes’ movies so much,” Pattinson said. “There’s only been two movies — well, three now — where I wanted to do a sequel: the ‘Apes’ movies, ‘Sicario,’ and ‘Dune.’ I saw both of the ‘Apes’ movies in the cinema and I just thought what he could do with mo-cap was just so unbelievable. If he could do that with a monkey’s face, then he can get a performance out of me as well.”

We have to agree- Matt Reeves‘ “Apes” films are masterpieces. They were absolutely the reason we had hopes for “The Batman,” knowing Reeves’ ability to balance visual and emotional storytelling.

We’re probably a long way off of seeing “Dune Part Two,” but hopefully not that far from a casting announcement. Erik Davis from Fandango reports Villeneuve says he’s in pre-production now, will start filming late summer. “The sequel will be bigger in scope & Zendaya will have a MUCH larger role.”

Bring on St. Alia of the Knife, Denis!