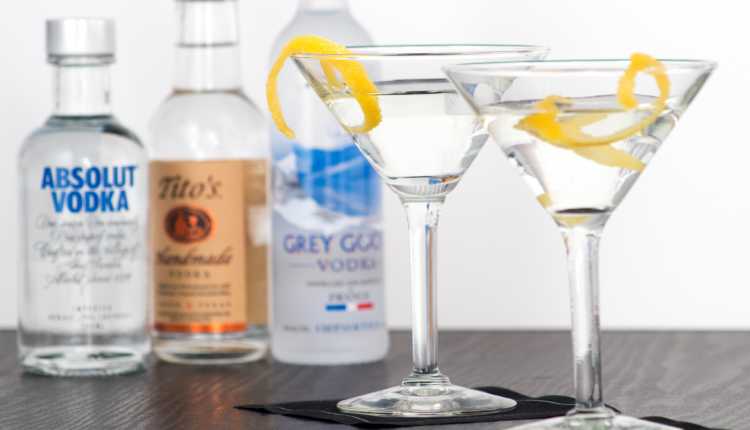 While the world is on the brink of World War III, many of us aren’t really in any kind of position to take up arms and rush to the frontlines. That doesn’t mean we don’t want to help and show our support, but finding ways to participate can be difficult. Well, I’m here to help you protest Russia’s unlawful and unprovoked invasion of Ukraine in a way that sends a message but also lets you do the only thing we can do: get drunk at home and hope the nukes don’t start flying.

While vodka is often seen as a primarily Russian export, there are actually more brands that are completely manufactured right here in the US as well as many of our allies. If you’re looking to show your support without leaving the comfort of your own home while you binge Netflix, here is a list of the readily available non-Russian vodkas that you can purchase anywhere liquor is sold, as long as you’re 21+. Also, please drink responsibly.

1 DISCLOSURE: This post may contain affiliate links. Meaning when you click the link and make a purchase, we receive a commission, which helps Nerdbot keep the lights on.

The go to for health conscience drinkers, Tito’s Vodka uses yellow corn instead of potatoes and wheat during their distilling process. It also sports a gluten-free tag, if that’s something you’re into. It was founded in 1997 in Austin, Texas, and has rose to prominence as the fads of gluten and healthy drinking (whatever that means) has seen an uptick in our current climate. Titos’ is incredibly affordable, easy to find, and made in the good old US of A. You can find it wherever liquor is sold, including here.

Another popular selection, Absolut actually finds its origins in Sweden. It has a long history of production, beginning in Åhus in 1879 and monopolized by the Swedish government in 1917. Since then, it has grown into one of the most popular and globally readily available vodkas in the world, and can be found wherever liquor is sold. You can purchase a bottle of Absolut here.

This French vodka has seen quite a bit of glamor, as it is has pushed by countless celebrities in the US and labeled as a premium vodka for many years. It’s probably not actually a premium despite its price point, but it has enjoyed its run at the top shelf of luxury vodkas since its origins in 1997. It has even enjoyed a heavy endorsement from Jaime Foxx, who partnered with the French brand in 2017 for an online series called “Off Script.” Goose has has been a staple of hip hop royalty, and is a rather pricey purchase despite being just ok in comparison to others on the list. You can easily find it any liquor stores everywhere, and here.

Another vodka that his enjoyed a ton of advertisement from the hip hop elite, Ciroc is one of those average vodkas elevated by prominent endorsement. Another export from France, Ciroc has enjoyed partnerships from the likes of Sean “Puffy” Combs who has a heavy stake in the company. It was introduced in 2003, and saw a huge boost in sales and prominence in 2007 when the rap industry decided that Ciroc would be the vodka of rap stars. It sports one of the highest alcohol levels of all vodkas on the list, and is distilled from grapes instead of potatoes or wheat which helps to set its taste apart from other brands. You can find it pretty much anywhere liquor is sold, or here.

It seems Vodka loves celebrities, or celebrities love vodka, because this Polish vodka has seen quite the successful run by partnering with a number of famous IPs. Launched in the US in 1996, Belvedere has seen success with partnerships that include being the official James Bond vodka of choice in “Spectre,” and partnering with John Legend in 2016 and Janelle Monae in 2018 as brand ambassadors. In 2011, it also donated 50% of its profits to the Global Fund, which fights against AIDS, Malaria, and Tuberculosis. It is also considered a luxury vodka, but can be found pretty much everywhere including here.

Skky Vodka is a rather affordable brand from Italy. It was established in 1992, but didn’t really achieve its signature blue bottle until 2008. It is part of the Campari America group (A division of Italian Campari Group), and sports a whopping 17 different flavors. These flavors are called Infusions, and primary focus on different kinds of fruit flavors. Many if not all of these options can be found wherever liquor is sold.

Did you know 50 Cent became a minority shareholder of Effen Vodka in 2014 and even has his one special brand of it? You probably didn’t, as Effen is probably the least well known vodka on the list. The french based vodka doesn’t have as much of hold on the industry as many of its competitors, but does have a strong endorsement from G-Unit and is one of the more affordable options out there. Plus, it’s just really cool to say Effen Vodka out loud. You can purchase your own bottle anywhere.

Another Swedish export, Svedka is named after a combination of of the words Sverige or Svenska (“Sweden” and “Swedish” respectively in the Swedish language) and Vodka. Like Skky before it, it sports a number of flavors including citron, cherry and vanilla, among others. It is both readily available and rather affordable, with a whole fifth going for about $16.99 wherever liquor is sold. Outside of its flavors and prominence in liquor stores, there actually isn’t a whole lot of information regarding the brand., but if you’re looking to get hammered on a budget, Svedka is a good choice. You can purchase a bottle here.

One of the most longstanding vodkas on the market, dating all the way back to 1794, Ketel One has seen a rise in success since reaching 1 million bottles sold in 2002. Since then, the Dutch brand has enjoyed a reign at the top in the US, where it has enjoyed one of the only countries that advertises the vodka. In 2014, the New York Times ranked it number 2 (behind Grey Goose) as one of the best vodkas on the market. It is available everywhere, and you can purchase your own bottle here.

Last but not least, we come to the Ukranian vodka Khor. A premium, top shelf style vodka from the Ukraine, it has been named one of the top three vodkas in the world due to its use of cutting edge technology in its distilling process. The distillery was built in 2003, and took the US industry by storm when it arrived in 2012. Since then, it has been almost unmatched in quality among the elite of vodka production. The famed Khortytsa Distillery hails from Ukraine itself, and has been hailed as one of the best in the world. Between Ukraine, New York and unfortunately Moscow, the brand employees close to 5000 people and sells approximately 10 million bottles a year. The best part? This premium vodka is available for as little as $11.99, a terrific price point for such a prominent, world renowned vodka.

12 Other Vodkas You Should Try:

Square One, which is female-owned, distills their organic products in Idaho. Prairie organics, made and bottled in the Midwest. Hanger 1 is a California made and bottled spirit. St. George, another California brand, is well-known for their traditional absinthe, gin, and vodkas. And of course, Dan Aykroyd‘s Crystal Skull vodka, from Canada.