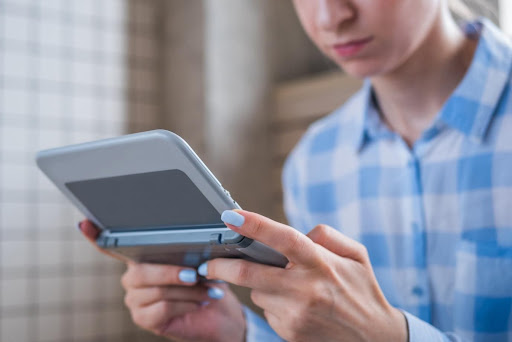 You needed to spend a significant amount of money to play the latest video games in the past. Games like Halo required expensive consoles and additional gear to be played. Development companies were focused on creating expensive, highly produced big-name releases, which also drove up the price of games.

The gaming world is now much more accessible because you no longer need expensive PCs or consoles to enjoy some of the best and most popular games on the market. Keep reading to learn more about why gamers can enjoy their games more than ever without investing heavily in equipment.

The rise of mobile gaming

Mobile gaming has become incredibly popular throughout the last few years and will overtake PC and console gaming in the next decade. Many gamers previously viewed mobile gaming as somewhat pedestrian and uninteresting, but there are now hundreds of different developers creating amazing mobile games.

One of the best things about mobile gaming is that it is much more accessible than other forms of gaming. Mobile device ownership has grown considerably worldwide, and now millions of people in developing countries have smartphones.

That means many more people can have access to gaming than ever before without breaking the bank. It is possible that we will see an entirely new group of gaming and eSports superstars over the coming years as new talent is discovered around the world.

Online gambling – the new kid on the block

One of the fastest-growing gaming industry sectors is online gambling and sports betting. Over the last decade, online gambling has become increasingly popular because of the rise of mobile technology and infrastructure and the relaxation of many gambling regulations by countries around the world. In the United States, the governments of the individual states began making it lawful for specific games to be played online by residents. The businesses are regulated in the same way as the land-based casinos.

During the COVID-19 pandemic, casinos and betting shops worldwide were closed to slow the spread of the virus. The mass closure of gambling facilities also led to an increase in the number of online casinos.

Gamblers do not need to invest in specific gambling PCs or consoles to use online casinos, and most online casinos offer desktop as well as mobile gambling options. In order to further innovate and reach out to wider audiences, many casinos are also transitioning to pay by phone casino payment processing options.

Another reason why gamers can enjoy just as much gaming without paying a considerable price is the rise in online gaming and massively multiplayer online games, or MMOG for short. Games such as Fortnite, Minecraft, Among Us, World of Warcraft and Skyrim, are some of the most popular games on the market today.

However, gamers do not need to invest in expensive devices or equipment to enjoy any of the games. Gamers worldwide can now connect online, play together, and chat as they run campaigns or complete tasks. This has made the industry much more accessible, diverse, and fun and has allowed for a great deal of creativity to grow.

Finally, the last reason why gamers no longer need to invest in PCs and consoles is because of the rise of niche and indie game development companies. As mentioned above, in the past, game developers such as Microsoft and EA Games invested vast amounts of time, energy, and resources into creating big-name releases. The prices of these games reflected the amount of investment they had required and understandably were inaccessible to many people.

However, the industry is now different, it is more open, diverse, and dynamic, and it is possible for nearly anyone to create a game and sell it in the Apple Store or the Google store. The cost of developing games has also been reduced. These factors resulted in many more people creating niche indie games that appealed to smaller audiences but were much cheaper and could be purchased by many more fans.

The future of gaming

While it is impossible to know what the future holds, one thing is for sure – gaming is becoming increasingly accessible for people around the world because now there are options other than PC and console games. The future of gaming is certainly an exciting one and one that is full of promise.

Create Unique Music for Games: The Ultimate Guide for Beginners