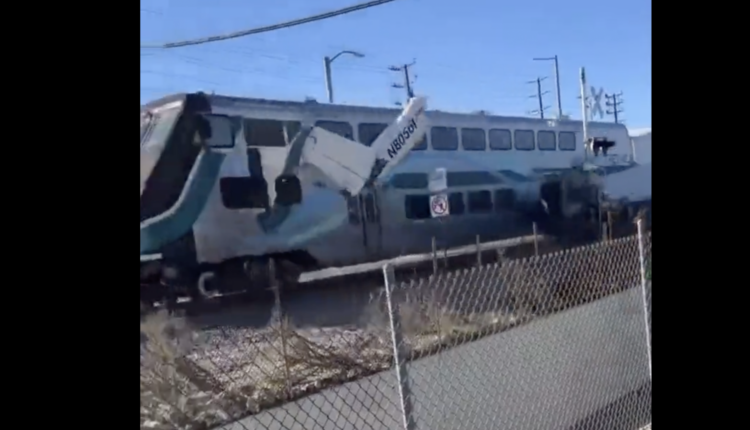 First responders saved the day by pulling a pilot that had to make an emergency landing on train tracks just seconds before the train made contact. The whole thing was caught on video.

Pilot Mark Jacobson is 70 years old. According to his family he cheated death twice in the span of two minutes. Once when he landed the plane safely, and again when he was rescued just in time to avoid the train.

Jacobson is reported as being in stable condition. He was taken to a regional trauma center by the Los Angeles Fire Department.

“He’s suffered pretty significant damage to his face, a lot of broken bones. He’s also got broken ribs,” Dan Mortensen, the pilot’s step-son-in-law, said. He’s going to have a few facial reconstruction surgeries but the important thing to his family is that he’s alive.

Jacobson reportedly chose the train tracks “to keep everyone on the ground safe.” He just didn’t know a train was on route. Jacobson is a retired fighter pilot for the US Air Force, so he’s had lots of experience in planes. This was a calculated landing, just not a very graceful one.

Before first responders arrived, there were citizens on the ground ready to help. Luckily, he was saved just in time.