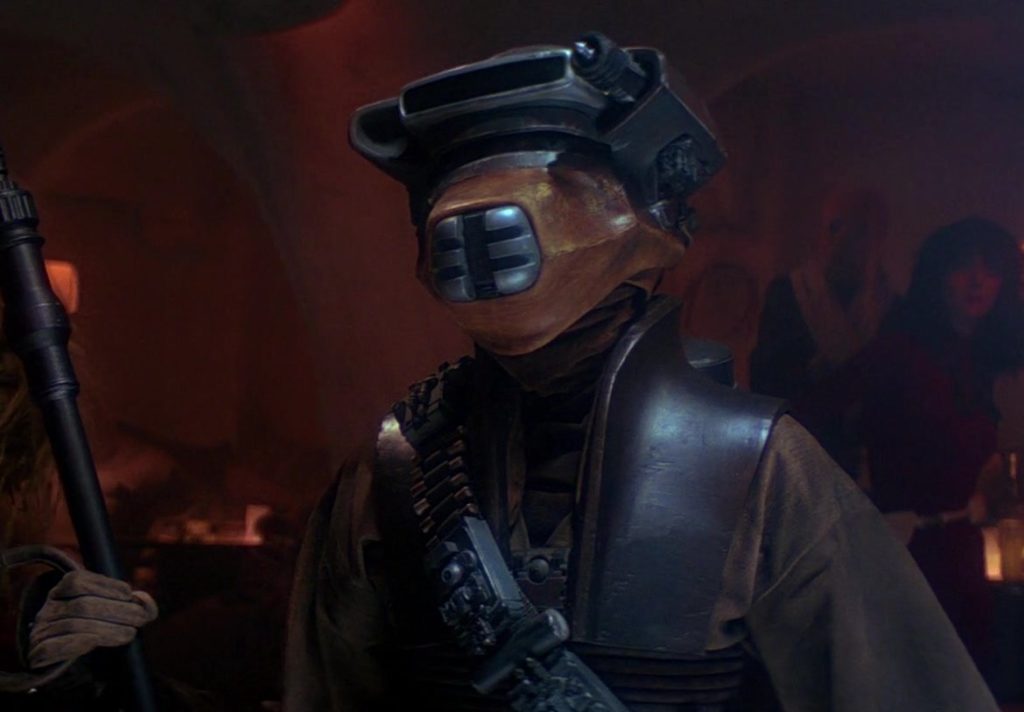 We Want Boushh in a “Book of Boba Fett” Flackback

Disney+’s “The Book of Boba Fett“ is causing lots of discourse on the internet. Some good, some bad, some wistful. Mostly though, the series is reigniting the debate about just how much of a badass Boba Fett is, and how much of that reputation is earned.

That’s not what we’re here to chat about today. Instead, let’s imagine an episode of the series with flashbacks to Fett’s time at Jabba’s palace. Think…right around the time he delivers one Captain Solo frozen in carbonite. Also, who might we see during such an episode? Let’s pretend for a minute that someone on staff has already thought about this, and is planning for it.

Might an appearance of Boushh be possible?! [Editor’s note: Boushh is the name of the bounty hunter later revealed to be Princess Leia Organa in “Star Wars Episode VI: Return of the Jedi.”]

I personally have always wanted a stand alone adventure of Boushh. Well, Leia as Boushh to be precise. We know a little about the character officially, but how great would it be to see more of the Princess as the bounty hunter?

Look, if other people can talk about wanting stand alone stories of all the other known bounty hunters- Dengar, IG-88, Bossk, etc.- then why can’t I have more Leia?

How great would Leia tracking down Fett be as it’s own contained thing? Maybe when she’s posing as Boushh, they have to work together on a bounty or something, and she has to make the call whether or not killing Fett is worth it at the time. Could make for some great drama. I could write the entire thing right now!

New episodes of “The Book of Boba Fett” hit Disney+ on Wednesdays.