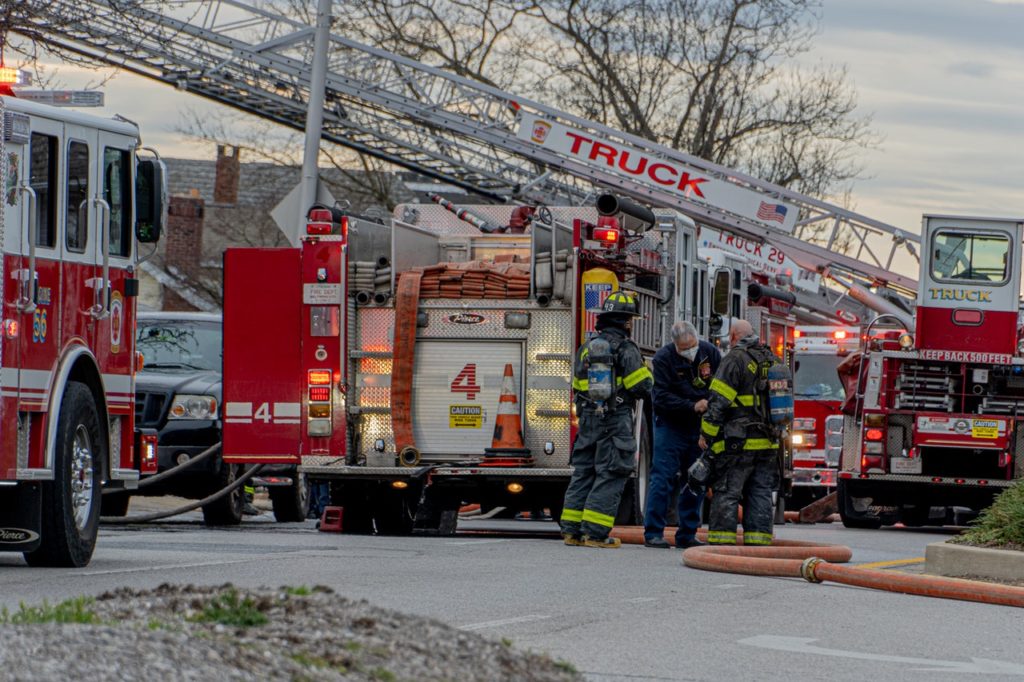 How many people does it take to stop a stolen fire truck? Apparently the answer is just one. Not that you should put that to the test yourself, but it did hold true on Tuesday morning in Anaheim, California. In the early hours of the morning, a single man put an end to the pursuit of a stolen fire truck simply by standing in front of it, and refusing to move.

The odd story begins at about 1:40am, when the crew of the truck was dropping a patient off at UC-Irvine Medical Center. While they were out of the vehicle, the unnamed thief decided to hop in and take the vehicle for a joyride. The word “joy” is used figuratively here as anyone who’s driven a big vehicle can attest to; they’re not the easiest things in the world to get a feel for.

According to the police, the maximum speed of the vehicle never went beyond 40 mph, which makes sense given the size of the vehicle and how slow you need to be going to turn properly with something that size. The relatively slow speed also helped to avoid much in the way of damage to anyone, even though reports indicate that the truck did receive some minor damage.

It’s the end to the chase that’s the remarkable part though thanks to a man identified as Richard Lynn. Apparently the guy pulled a Gandalf and was all, “YOU SHALL NOT PASS!” …Well, actually he just stood in front of the vehicle and tried to talk to the guy inside of it to get him to surrender. It was a calculated gamble by Lynn given that he couldn’t have known for sure if the driver would’ve attempted to run him over with the vehicle. He did try to back the vehicle up and maneuver around Richard, but was unable to do so.

After a continued exchange, Lynn talked the man into leaving the vehicle and surrendering to the police. In the end, no one was hurt, and Gandalf the Grey became reborn as Gandalf the White. If only the firetruck or the guy who stole it were nicknamed “The Balrog” this story would be just that much more level of awesome. Though to be fair, that was a pretty awesome thing Lynn did in general; dude didn’t even have a magic staff.