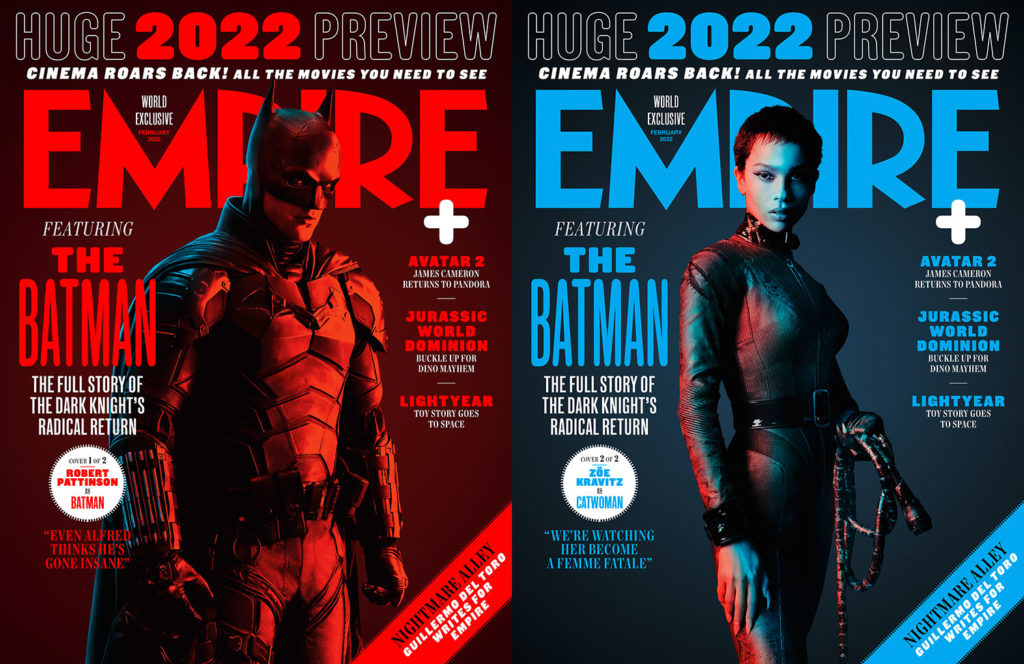 If you’re a collector who specializes in comic book and movie paraphernalia, then you should take a look at the new covers of Empire Magazine. This February 2022 issue will feature “The Batman” exclusive interviews and behind the scenes info. Three different covers will be issued with two physical and one digital for subscribers.

The first cover shows Robert Pattinson in his suit from “The Batman,” while the second shows Zoë Kravitz’s Catwoman. The third is an image of Batman jumping down with his wings out as he descends, all against a vivid red background for dramatic effect. That cover is illustrated by renowned comic book artist Jock exclusively for Empire.

“The Batman” content in the magazine could be considered spoilery, so be warned.

These issues release to newsstands on December 23rd, with both variants available. To order a particular copy, order one here.