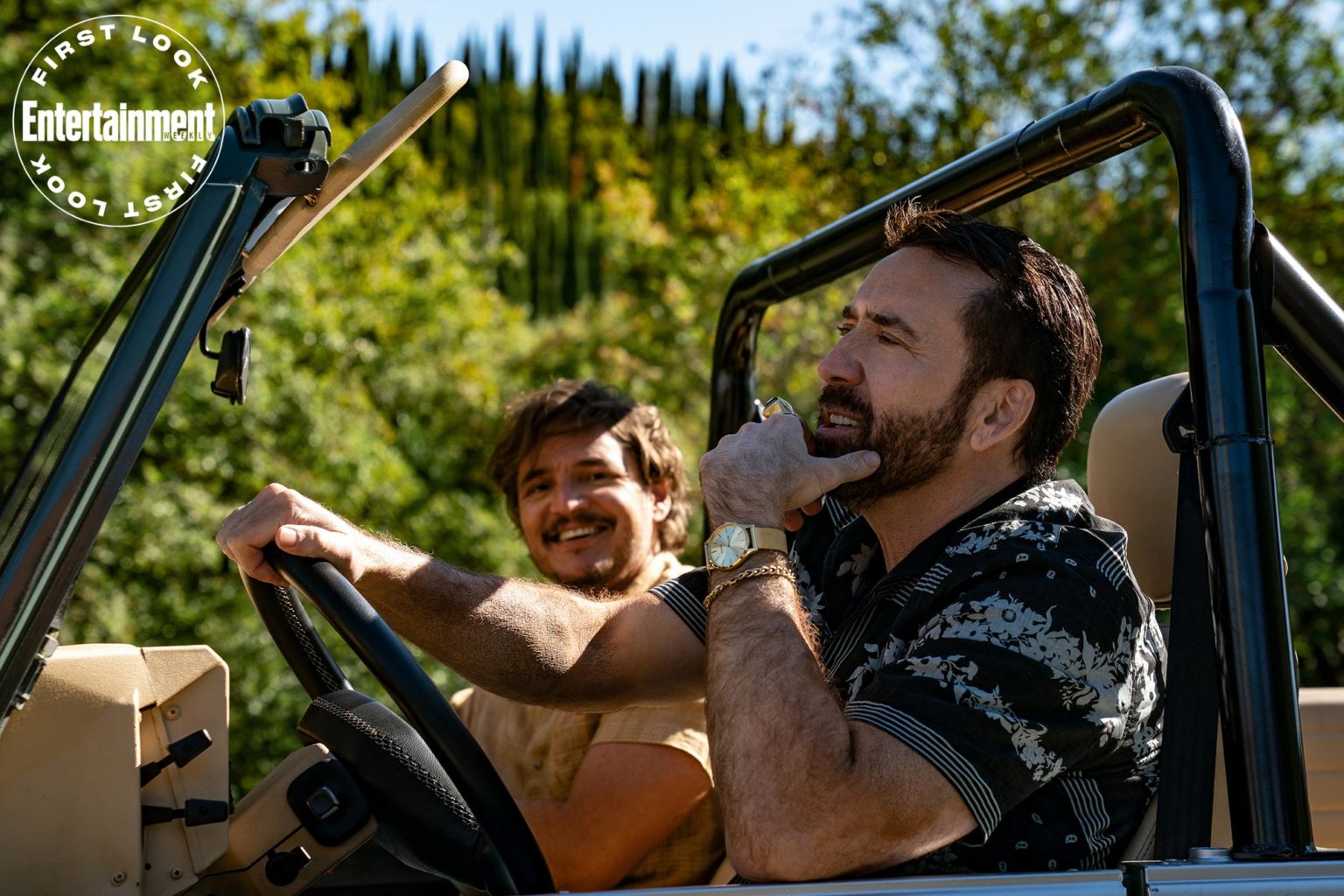 Nicolas Cage has delivered a truly wonderful gift to us all with this first look as him playing Nick Cage in “The Unbearable Weight of Massive Talent.” Today Lionsgate has released six glorious stills from the upcoming movie and we have to say we’re even more excited than we were before.

In these first looks Cage seems to be living his best life opposite Pedro Pascal. Pascal plays a Nick Cage superfan (not an acting stretch for most of us) who offers the fictionalized Cage $1 million to appear at his upcoming birthday party. Cage is then recruited by the CIA to spy upon Pascal’s character.

Get Ready to Cage Rage

The official description is: Nicolas Cage stars as… Nick Cage in the action-comedy “The Unbearable Weight of Massive Talent.” Creatively unfulfilled and facing financial ruin, the fictionalized version of Cage must accept a $1 million offer to attend the birthday of a dangerous superfan (Pedro Pascal). Things take a wildly unexpected turn when Cage is recruited by a CIA operative (Tiffany Haddish) and forced to live up to his own legend, channeling his most iconic and beloved on-screen characters in order to save himself and his loved ones. With a career built for this very moment, the seminal award-winning actor must take on the role of a lifetime: Nicolas Cage.

We also recommend checking out their Instagram where they’ve been correcting great wrongs. They’ve been adding him to some fantastic films he would have improved upon like: “Knives Out,” “Twilight,” “Saw,” and more.

We can’t wait to see more of Nic Cage as we get closer to release. “The Unbearable Weight of Massive Talent” hits theaters April 22nd, 2022.