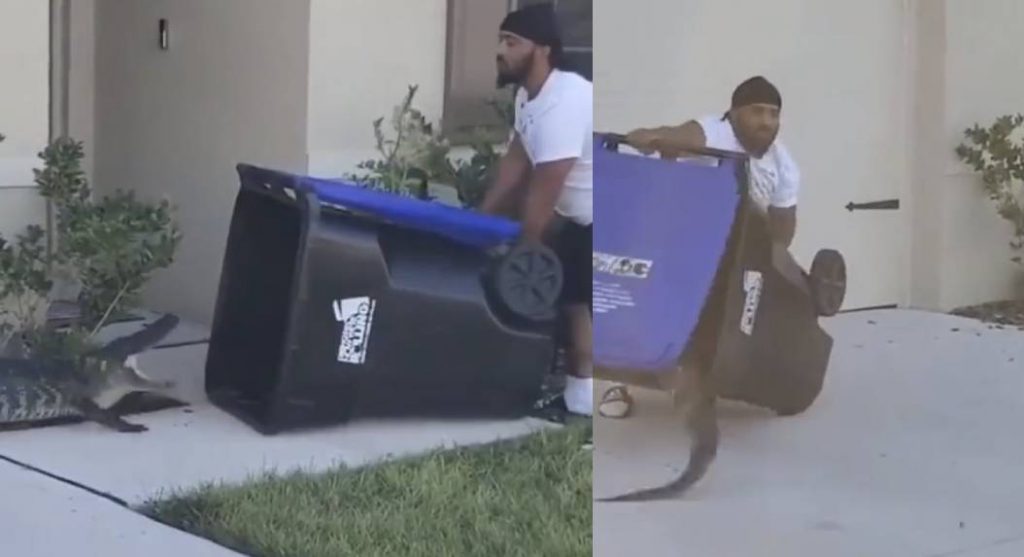 It has to be tough to live in Florida where gators are free to roam. Especially when you have kids that like to play out in the yard. Eugene Geno Bozzi trapped a gator in a trash can just to protect his kids. He says his dad instinct was kicking in when he was trying to get it out of his yard and in a safe space.

Since the video was posted back in September, there have been many other videos of him and the gator posted. Some have little animations on them and others are artists renderings of him and the alligator. He now sometimes goes by #alligatorman.

He was pretty brave to get the gator into the trash. It wasn’t going to budge at first and then he had the thought to stun it with the lid. That allowed him just enough time to push forward and fling the thing inside by flipping the can vertically.

Watch the video down below: