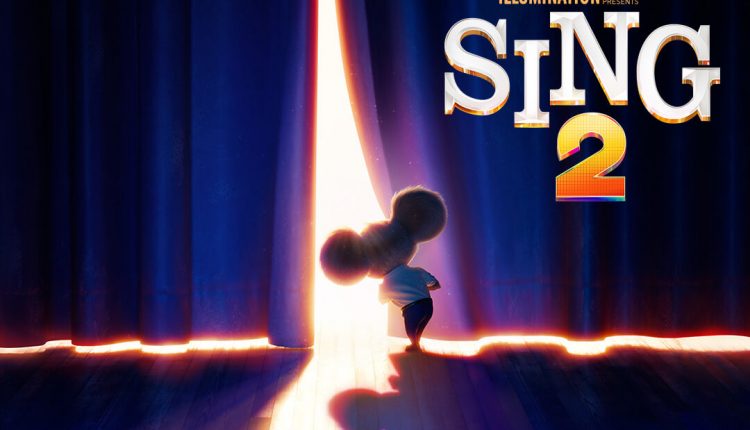 “Sing 2” is a Manic Mess, Lacking Heart of Predecessor [Review]

In what seems like a million years ago, 2016’s “Sing” splashed onto the screens with surprising heart and joy. It was a solid blend of silly, whacky animation for children and guised adult themes. By all accounts, “Sing 2” should’ve been a walk in the park. Double down on all that made its predecessor great, bring back the original cast to belt out classics and refill our hearts with joy through song.

Unfortunately, this sequel seems to have missed what made the original so endearing and enjoyable in the first place. “Sing 2” is manic and imbalanced, and at times downright messy in its execution and narrative. It trades out all of the things that adults could relate to for big, bright colors and completely irrelevant childish gags. It’s rapid and disjointed pace set to the tune of of a current pop soundtrack makes “Sing 2” feel more like a collection of scenes rather an a complete feature film.

“Sing 2” is written and directed by Garth Jennings, who also wrote and directed “Sing.” The sequel essentially picks up where the first one left off. Our ragtag group of performers are now a fully-functioning theater group, selling out their local theater every night. A scout from the big city comes to see Buster Moon’s (Matthew McConaughey) current show, “Alice in Wonderland” (don’t worry, there is nothing resembling the actual Alice in Wonderland except for maybe Mad Hatter Hat), and essentially tells him that they aren’t good enough.

Bolstered up to prove them wrong, he takes his troupe to audition at the Crystal Hotel, a Vegas style marque, luxury establishment run by a white wolf and media mogul Jimmy Crystal (Bobby Cannavale). Of course, Buster gets stuck in his lie of promoting a show he doesn’t actually have starring a once famous, reclusive rockstar named Clay Calloway (Bono), whom he doesn’t have either. The race is on to put on the biggest, boldest, most out there show they’ve ever created before Jimmy discovers their deceit.

Even in trying to give a brief synopsis, “Sing 2” is so overly convoluted it’s hard to really capture everything that happens. There’s a random street dancer named Nooshy (Letitia Wright) that teaches Johnny how to dance (because that’s what we really want from Taron Egerton, watching his animated Gorilla learn to do a windmill). Ash (Scarlett Johansson) who’s her own rockstar but is pulled back into the fold, but also a super fan of Calloway for reasons that are never, ever explored? There’s an over the top monkey choreographer (Adam Buxton), a self absorbed Yak (an always funny Eric Andre), a random love interest for Meena (Tori Kelly) in the form of an Ice Cream vendor (Pharrell Williams). Oh, and there’s also an out of this world space show called, you guessed it, “Out of this World.” “Sing 2” is a mess, and it can’t really be blamed on ambition because there really wasn’t a need to pack so much into something that should be so simple.

The film seems unconcerned with giving us a reason to care about the characters we fell in love with in “Sing.” It kind of just assumes we love them no matter what they do, and “Sing 2” strips away a lot of that emotional connection that made these characters so endearing to begin with. Take Taron Egerton’s Johnny, a charming character who had to wrestle with the will of his father versus his own dream of singing, which as it turns out, he’s really, REALLY good at. The sequel doesn’t know what to do now that Johnny and his dad are all good, and instead of highlighting Egerton’s amazing voice, they relegate him to a subplot about dancing. It does this constantly; ignoring all of the film’s and characters strengths to tell an incomplete, wild all over the place story. Scarlett Johansson’s Ash is the same way, too. We never learn anything about why she’s not a part of the theater troupe and why she’s supposedly so connected to Calloway. The excuse is she knows all of his songs, but isn’t that the entire point of Calloway’s inclusion? That EVERYBODY knows his songs? It’s like “Sing 2” was so concerned with packing the cast with as many notable voices as possible they didn’t really stop to think about why or how they should all come together.

Bono’s Calloway is another major misstep. We know next to nothing about him outside of the brief, expository one liners. Yet suddenly, we’re suppose to believe that he is quite literally the sole catalyst of all events occurring in the film. He’s a concept at best, so when everything hinges on convincing him to do the big show, we haven’t been given any reason as to why that should matter to us. Also, this might be nitpicking a little bit, but whoever decided that Pharrell and Tori Kelly should do a duet should be fired. First, how in the world could you not get literally any other R&B singer to pop in for one song? I love The Neptunes as much as the next person, and Pharrell can do falsetto hooks well enough to not think too hard about whether or not he can sing. But pairing him with an absolute powerhouse of a vocalist makes absolutely no sense, and “Sing 2” can’t even fix it in post with sound mixing. It is painfully obvious that Pharrell’s soft spoken, clearly untrained falsetto is no match for Kelly’s booming power vocals.

It’s not all like that, though. There isn’t enough of the actual singing, but when they let their stars go off, they go OFF. A surprising stand out is Halsey as Porsha, who sounds nothing like herself both in her purposefully obnoxious character and vocals. I’ve always been a fan of Halsey, but she kind of shines here. That woman can SING. She’s the closest thing we get to the original, watching Egerton earn his right to be Elton John. She’s clearly in a lesser quality film and not given nearly enough to do that showcases her talent, but damn was she great and I actually really enjoyed hearing her without her highly stylized vocalization she’s made a career off of. I hope we get more of the acoustic, Halsey and I’m definitely on board with her doing more animated voice work.

The manic, almost assaulting narrative and pop powered soundtrack takes away from the truly stunning visuals in “Sing 2.” Illumination Studios is a master of visual effects, and the look of the sequel is absolutely stunning. The film is gorgeous, and while there’s no connection to the big show finale emotionally, the visual recreation of a massive, spare no expense stage production truly shines. The colors are bright and vibrant and pristine, with studio outdoing themselves and proving once again why they’re one of the best animated studios working to date. It is truly a disservice to such a wonderful looking film, but “Sing 2’s” indecipherable plot overshadows the film’s stunning visuals.

Now I know what you’re gonna say: It’s a kids movie, what did you expect? That’s a straw man argument, because “Sing” is a kids movie with all the heart and emotional depth of an adult comedy. These things are absent in the sequel, so in that regard you’re right: it is a kids movie. And if you’re 6, you will absolutely adore “Sing 2.” But the parents that get dragged to see it are left with nothing to really pull from to enjoy, with even the music being solely targeted at younger audiences. There’s no Elton John, Frank Sinatra, or Stevie Wonder. It’s all Billie Ellish, Sean Mendes, and The Weeknd. That’s not say any of those artists are bad (I love all of them truthfully) and that there aren’t any classics. Hell, the film opens with “Let’s Go Crazy” by Prince.

What hurts “Sing 2” more than its strange musical choices is that a majority of them are snippets at best, regular movie soundtrack playing in the background at worst.

And when it all comes down to it, “Sing 2” lacks a lot of actual singing for a sequel to a film all about exactly that. It’s a lot of other random stuff punctuated by the occasional hook sung by a character and before you can even really get into it the film whisks off to another disjointed scene and/or subplot. That too also leaves us disconnected from the characters who we fell in love with BECAUSE they could sing. The original “Sing” gave us something simple and cliche but relatable; people have dreams but life holds us back from realizing them. “Sing 2” doesn’t even try to recapture that. Instead, it asks “hey what would happen if we take this characters to Vegas for a residency, but like, only sing sometimes?” It’s a whole lot of ideas that rarely come together in any cohesive or meaningful way.

I really wanted to love “Sing 2.” Animated films have a tendency to appeal to everyone, young and old, and I’m sucker for a good voice belting out power ballad classic. Unfortunately, this sequel lacks a lot of the qualities that elevated the original, so rather than standing out as a joyous surprise, we get a lackluster, overcomplicated story that doesn’t have any of those emotional connections. It’s not that there isn’t anything to enjoy in “Sing 2,” just that there isn’t enough to enjoy to make it a better or even equal follow up. Like I said, your kids will absolutely adore this film. But just know that there really isn’t enough for anyone over the age of 10 to really recommend it to people without children. And that kind of sucks, because I’d tell anyone of any age to watch “Sing.” Unfortunately, I just can’t say the same for “Sing 2.” There’s simply too much going on to be enjoyable throughout.

Side Note: If you’ve never heard of The Struts, do yourself a favor and check out their latest album right now. They’re simply wonderful, and Halsey does a phenomenal rendition of “It Could Have Been Me.” If you dig raw, unfettered British rock, The Struts are for you. You’re welcome.

To quote another less than stellar sequel (though that one was FAR worse): “Sing 2” is good, but it could be better. It opens in theaters on Christmas Day, 2021.