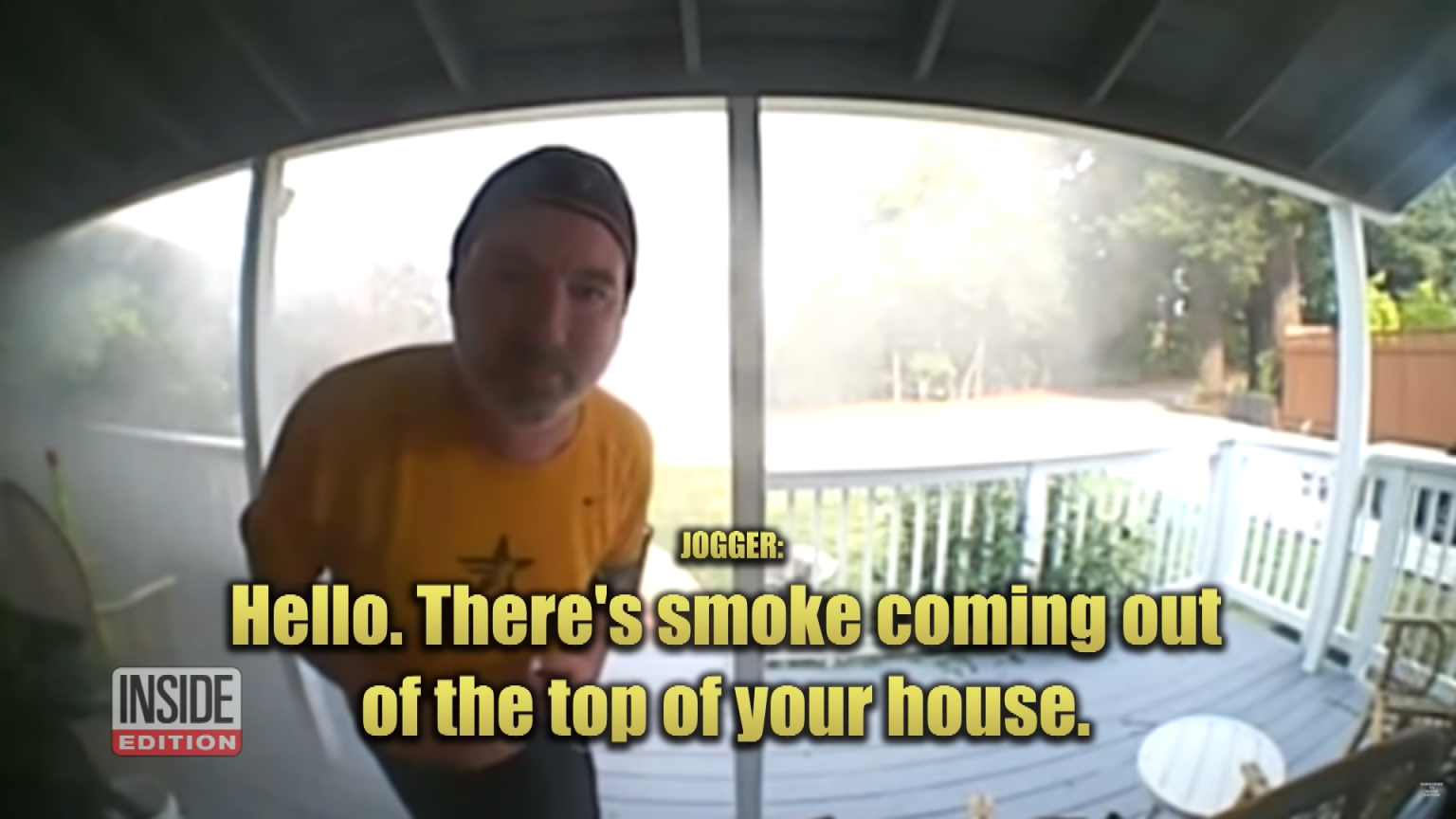 It’s nice when you can feature a story where there is a happy ending. This could have been a much more tragic story resulting in pet deaths but thanks to a kind jogger that didn’t happen. A Scotts Valley, California resident was jogging through the neighborhood saw that a house was on fire. Rather than continue on his run, he attempted to contact the owners via their Ring Doorbell. Though there was no answer at first, he left a message, and was soon contacted by the owner.

When Courtney Polito got the message, she answered immediately. When anyone uses and records a message, Ring Doorbell will send a notification to your phone. That’s how Polito was able to see the jogger, and the smoke billowing out of her home.

At a loss because she wasn’t nearby, she gave the stranger her house code so that he could go in and save her pets. She has two dachshunds, a cat and a rabbit that were all trapped inside.

The jogger went in, and came back out with the animals! Thanks to him, they were all saved. There’s no word on what caused the fire.