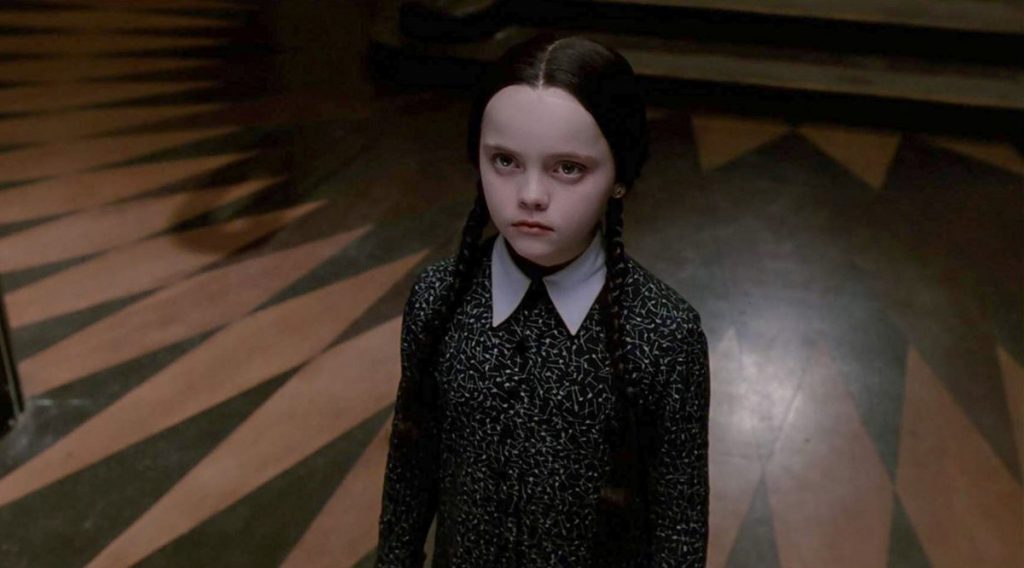 Which “The Addams Family” Scene is Still Christina Ricci’s Favorite?

Christina Ricci has been one of my personal favorite actors since “The Addams Family” came out in 1991. I was 5 then, and just starting to find out what I liked and what I didn’t when it came to television and movies. Besides cartoons there were only a few movies that could keep my attention and “The Addams Family” was one of them. Partially because of my fascination with Wednesday.

In a recent interview, Ricci revealed her most favorite acting scene ever, that bloody school play.

“That’s one of my favorite things I ever shot in my entire 30-plus-year career,” Ricci told Bloody Disgusting. “That was my audition scene. I loved it. Nobody ever asks children to do this… I thought that in itself was super fun. And then when we got to the day, we were doing the scene… we did fencing training leading up to it. That was so fun. We had tubes running up our legs, and I had that prosthetic… and the tube of blood would come and shoot out of it. So he had a tube and arm that would just… thud, to the ground. And then the blood spurted, and the whole thing.”

She went on to say that she got into a bit of trouble because she and Jimmy Workman, who played Pugsley, would fight like real siblings. She apparently sprayed him in the face with the blood from her neck. Workman got embarrassed that she had humiliated him in front of people. But anyone with a sibling knows that that’s exactly how things work. You antagonize each other until one starts crying, and a parent has to intervene.

With its initial release on November 22nd 1991, “The Addams Family” hit its 30th anniversary this year. It was Christina Ricci’s breakout, role though she had been in “Mermaids” alongside Cher. It’s nice to know that her favorite scene she’s ever filmed is the one that’s always stood out to me the most. Now, “sweet oblivion, open your arms!!!”

“The Addams Family” is available to stream on Peacock. Tim Burton‘s upcoming “Wednesday” series will hit Netflix sometime in 2022.