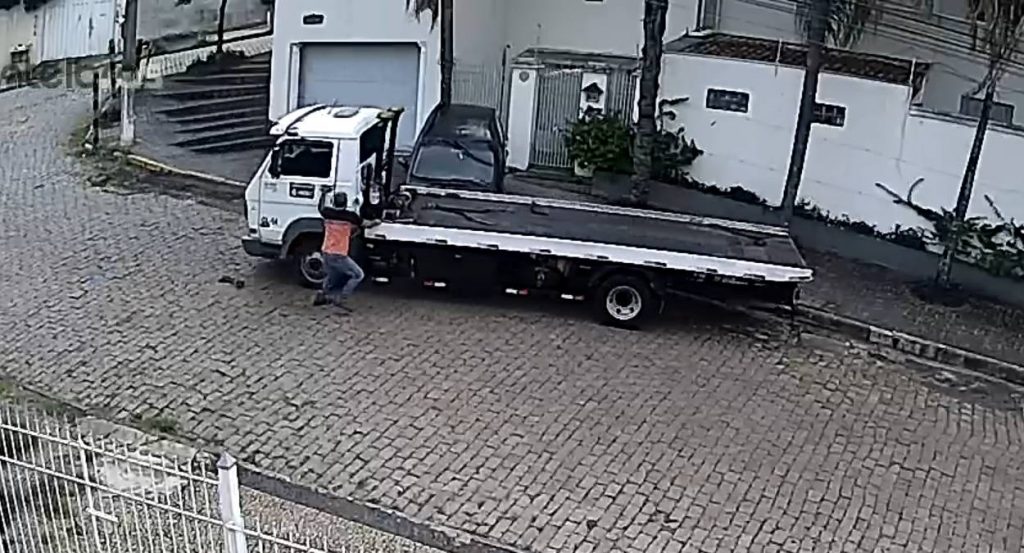 Bad Day? At Least You’re Not This Tow Truck Driver

A home security camera captured a tow truck driver’s very bad day. He was transporting a van when he turned a corner and it fell off the truck. It wasn’t secured properly and when it fell, it turned back around the corner. Then after getting his truck in position to try and put it on again, he forgets to set the parking brake.

After his truck starts rolling back you can see the panic moment where he starts pushing against it. Luckily he made the decision to get out of the way between him and the van before being sandwiched between the two. The truck pushed the van into the wall and then went on to get stuck on a tree.

We think it must have been his first day and he hadn’t gotten used to the hand brakes. But honestly it could be that his mind was just elsewhere. He probably doesn’t work for the company after this though. Watch the chaos unfold below.