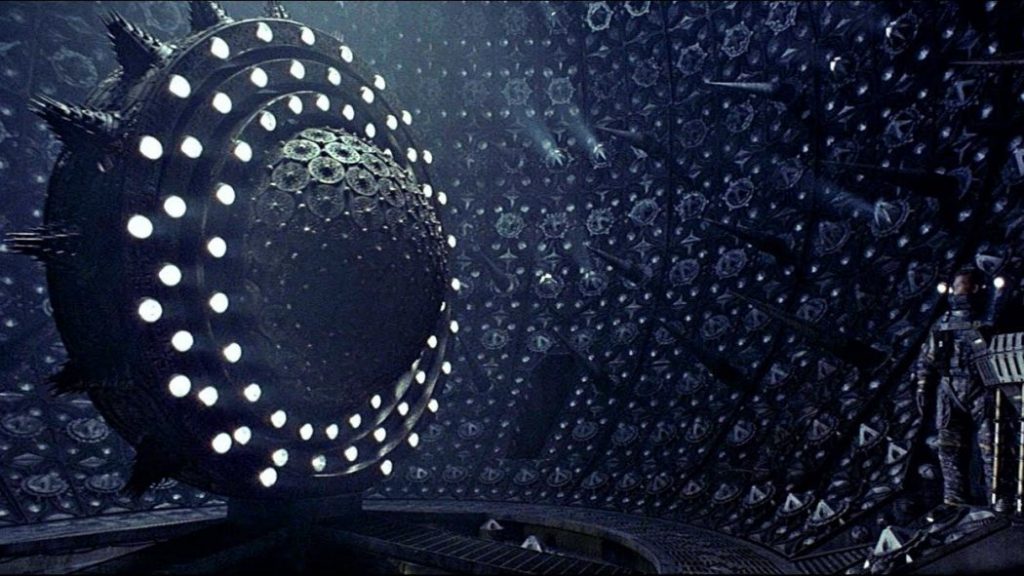 There’s not denying that horror genre is dark and full of terrors. It’s also perhaps one of the most diverse genres in film, spanning across countless sub genres that constantly overlap or exist in a category all on its own. To be frank, the horror genre isn’t really my strong suit, as it is simply not a genre that appeals to me. It’s not that I don’t like a good scary movie, just that it’s not really my go to when it comes to enjoying films. That being said, it’s important to remember this as we start to look at some of my favorites, as diehard horror fans are probably going to be pretty disappointed that their favorite, obscure, no one has seen but them movie didn’t make the list. The truth is, I’m just not really that versed in the long and complicated history of the genre. So yeah, your classic gorefest auteur horror creator and your bloody, weird, special effects visionary filmmakers are more than likely going to be missing from this list.

I do like a good ghost story, but it’s important to remember that this is a list comprised by a very casual horror fan and not a deep diver into the macabre. There are countless ghost stories out there, some that are really good and some that are simply unwatchable. So here are my top 5 favorite ghost films! Final Note: I have purposefully excluded the horror/comedy genre because that seems to be a sub genre all on its own. So things like “Casper” and “Ghostbusters,” though two of my absolute favorite movies containing ghosts are going to be absent from the list. I have purposefully tried to keep it to more horror than comedy type ghost flicks. However, I will also include demonic possession type flicks as “ghost stories” since they typically follow the same formula. Alright, let’s get into it!

Ok, so this pick pushes the limits of the horror/comedy genre, and I would argue that while funny sometimes, its not always on purpose and the film seeks to be more horror than comedy. I don’t know what it is about this movie (because it’s absolutely ridiculous and isn’t really that great overall) but I absolutely adore it. “13 Ghosts” may just make the list due to nostalgia of when I saw it, but I’ve always enjoyed the premise and once again, Matthew Llilard overacting his heart out sells even the silliest of the silly. When it’s stripped down to its barebones, it’s a pretty vapid affair with some interesting lore and cool looking ghosts but wastes many of its best ideas for cheap tricks and silly family drama. I don’t care. I love this movie. It’s just the right amount of camp and silliness, blended with some pretty decent deaths and creepy designed ghosts. I actually think “13 Ghosts” is due for a series. You hear me, Netflix? I’ll even serve as a writer on the project (wink wink).

You can watch Retro Crew Review’s episode about this one on Nerdbot’s Facebook page here.

You really can’t go wrong with spaceships, blackholes, and HELL ITSELF!!! “Event Horizon” blends sci-fi and horror beautifully, delivering a chilling, bloody, gorefest of a film that scared the ever loving shit out of my for most of my life. Granted, I watched “Event Horizon” as a young teenager alone in the dark in the middle of the night, so watching this crew being tormented one by one by a literal hellish ship with some haunting special effects left me scarred for a very long time. Hell, I couldn’t even rewatch it again until I was an adult. “Event Horizon” sports a really solid cast and simple but well executed premise. Science goes too far, brings back hell and wreaks havoc on an unsuspecting rescue crew. It’s really well done and single location in the vastness of space creates even more tension as the blood and gore ramp up with each new death. I will always have a special place in my heart for “Event Horizon.” Also, forget the Snyder Cut. Give my the director’s cut of “Event Horizon” that was so graphic it was given an NC-17 rating before being cut down to an R rating.

You can watch The Retro Crew Review’s episode about “Event Horizon” here. (And find out why Mab is POSITIVE it’s a “Hellrasier” tie-in.)

I’m not particularly a found footage fan (I still to this day cannot wrap my head around how the hell “The Blair Witch Project” literally created the genre) and I’m not even a fan of this franchise overall, but “Paranormal Activity” really set a precedent for what you can do with a low budget and some neat camera tricks. The original harkens back to the horror classics like “Halloween” and “Nightmare on Elm Street” where it’s own budgetary restrictions lead to unique and creative inventions that have become the genres we know today. The original “Paranormal Activity” uses these same tricks and preyed upon our fears for next to nothing, and does it really, really well. I actually have an irrational fear of not being covered by SOMETHING when I sleep, so watching a woman in the comfort of her own home be dragged out of her bed by an unseen entity by her uncovered leg tapped into the very fabric of fear for me, and frankly it looked really good doing it. “Paranormal Activity” falls victim to its own success the longer it went on, but the creativity and haunting atmosphere it creates in the original is undeniably unique and makes the list for me.

I’m just gonna say it, kids are creepy. Always have been, always will be, so when “The Orphanage” puts creepy ghost kids front and center you know you’re in for a treat. A Spanish film by now acclaimed director J. A Bayona (this was actually his first feature film), “The Orphanage” is chilling and expertly paced. The film relies on the creep factor more than the jump scares, but damn does it make terrific use of its set pieces and forces its viewers to sit in the tension it consistently creates. There are some solid jump scares here too, but the film is simply masterful in its execution. “The Orphanage” is probably one of the more obscure ones that makes the list, as I saw it by accident and not really by choice, but it is hands down one of my favorite ghost flicks to date. I can’t recommend it enough. Watch this movie!

I know, all of these ghost films are within the last 20 years or so, and you’re probably wondering why other films like “The Exorcist” or “Poltergeist” or “The Shining” even “Pet Sematary” didn’t make the list. I don’t know that I have a good answer for you, as those films are good and you probably wouldn’t have these others ones without them, but they aren’t ones that ever stuck with me after watching them. They are more a product of the cultural zeitgeist and pop culture lexicon than staples of my movie watching experience. Anyway the point is “The Conjuring” is better than I ever expected it to be, and I totally get why James Wan was given the keys to the modern horror kingdom because of it. It’s is well written, well executed as far as scares go and really well acted too. I don’t think it necessarily warrants 2 sequels and like countless spinoff franchises, but “The Conjuring” deserves the hype. It is your typical vengeful spirit story, but Wan is a really capable director and brings a fresh take on an old tale here. I really like “The Conjuring,” and I wasn’t expecting to, let alone add it to my favorites list.