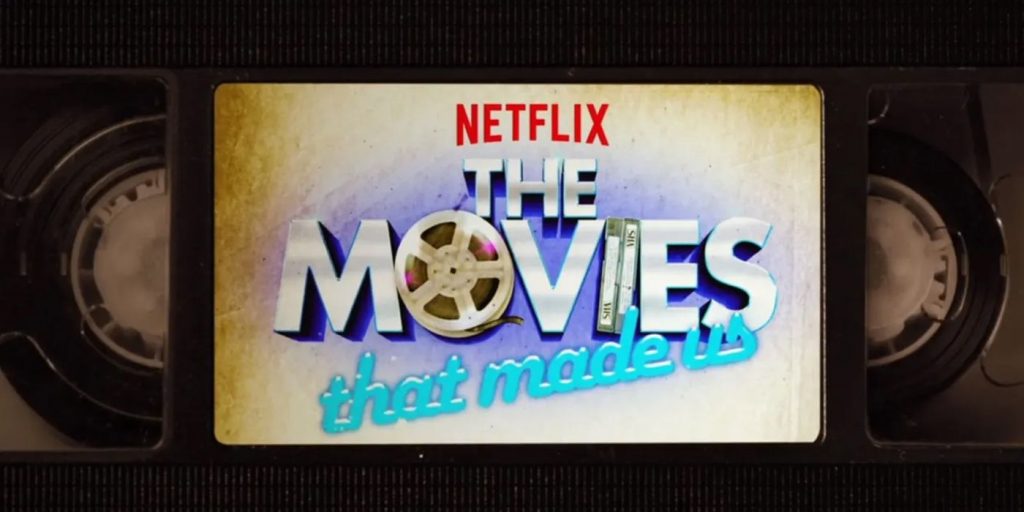 After 3 seasons of “The Movies That Made Us,” 2 seasons of “The Toys That Made Us” and a spin off season “The Holiday Movies That Made Us,” one this is abundantly clear: every movie you love is a fluke at best. Yes, the series that takes a silly but informative look at many of the most beloved and classic blockbusters ever made seems to always harken back to the same obstacles and reality that making movies is hard, tedious and expensive work. Many of the auteur directors, iconic characters, and A-list celebrities seem to have all come from the same humble beginnings of footing the bill for a passion project with a little more than a wing and prayer. Hell, most of the films in “Movies That Made Us” are often the epitome of “fake it til you make it,” with everyone kind of fumbling around in the dark until they accidentally stumble on a hit.

Season 3 is probably the most egregious example of this, highlighting a number of horror classics that make up a majority of the season. Frankly, there isn’t that much left to say about “The Movies That Made Us,” as each season functions pretty much exactly the same way and offers the same amount of interesting facts and similar conclusions.

That being said, this particular review of “The Movies That Made Us” s3 will probably be shorter than most streaming reviews, including previous seasons of the same show. What sets s3 apart from its predecessors is two fold. One is good and intriguing, the other is a bit disappointing. Let’s start with the good and intriguing, since the Halloween theme is what sets this season apart for the right reasons. The first few episodes focus on classic horror films like “Halloween,” “Friday The 13th,” and “Nightmare on Elm Street.”

Whether you’re a horror fan or not, learning how just how accidentally successful all of these films ended up being is really great television. Impossible deadlines, inexperienced crew and actors, and insanely low budgets define the framework for just about every major horror classic you can imagine. It is truly wild to think that some of the most iconic films, actors, and directors that quite literally created an entire genre were made for pennies on the dollar on the seat of everyone’s pants.

Take “Halloween,” for example, a film made for $300,000 with nothing but a few cameras that took up 1/3 of the budget and a completely green writer, director and producer. It’s hard to imagine a time when John Carpenter wasn’t a household name, but “The Movies That Made Us” shed light on just how new Carpenter actually was. With nothing more than “Assault on Precinct 13” under his belt (a film that absolutely bombed in America but somehow found an rabid fan base in the UK of all places), he was tapped by an even greener producer who literally only started making “Halloween” because he wife challenged him to make a better movie than the one they have just watched. Seriously, that is literally how it got its beginnings. And this is a common theme for pretty much all of the films in “The Movies That Made Us” season 3.

There are ample amounts of facts and jarring editing (something that the series seems to own but I just can’t seem get over no matter how much I enjoy it) but one thing this particular season does well is highlight just much these budget restraints and unknown creators ends up breeding invention. “Halloween” literally invented the tracking shot, spending a majority of their budget on untested technology and literally learning it on set during filming. “Nightmare on Elm Street” built a fully rotating room that gave the actress vertigo to wow the audience by killing off their lead girl within the first 11 minutes. Tom Savini, the now king of gore was literally inventing special effects on the fly during “Friday the 13th.”

Everything that could go wrong, did, and despite it all, a classic was carved out of chaos. That is perhaps the most interesting part of “The Movies That Made Us” season 3, and really sheds light on a genre that is often pushed to the fringes but has influenced just about every film in every genre since their creation.

And this leads us to the disappointing part of the season: recycling old episodes passed off as new ones. It’s a small criticism, but if you pull up the episode list for this season you’ll immediately notice that its longer than previous ones. This should get you excited, particularly because all of the films selected in the first 5 episodes are great choices. But then you notice that it’s just two episodes from “The Holiday Movies That Made Us” tacked on to the end of “The Movies That Made Us” s3. It’s really unnecessary, because s3 is already longer by two episodes than the previous seasons, and this one seems much more cohesive than s2, and “The Holiday Movies That Made Us” that this season strangely borrows from. I can see maybe using “Nightmare Before Christmas,” as that can kind of fit with the whole theme of Halloween, but adding “Elf” to this season? No. Bad form. “Elf” barely passes as a Holiday movie that made us, let alone deserving of being added to a new season a year later.

“The Movies That Made Us” really does a great job with many of their initial episodes, particularly the ones that are meant for this season 3 and are actually NEW episodes. You can pretty much stop after episode 6, which is also out of place and feels like it would be better saved for season 4, but who doesn’t want to learn how “Coming to America” got made?

If you’re a fan of the series already, “The Movies That Made Us” s 3 is more of what you love. There’s some misgivings about some unnecessary episodes at the end, but overall it’s a great watch just in time for spooky season.

All of “The Movies that Made Us” seasons are streaming on Netflix.