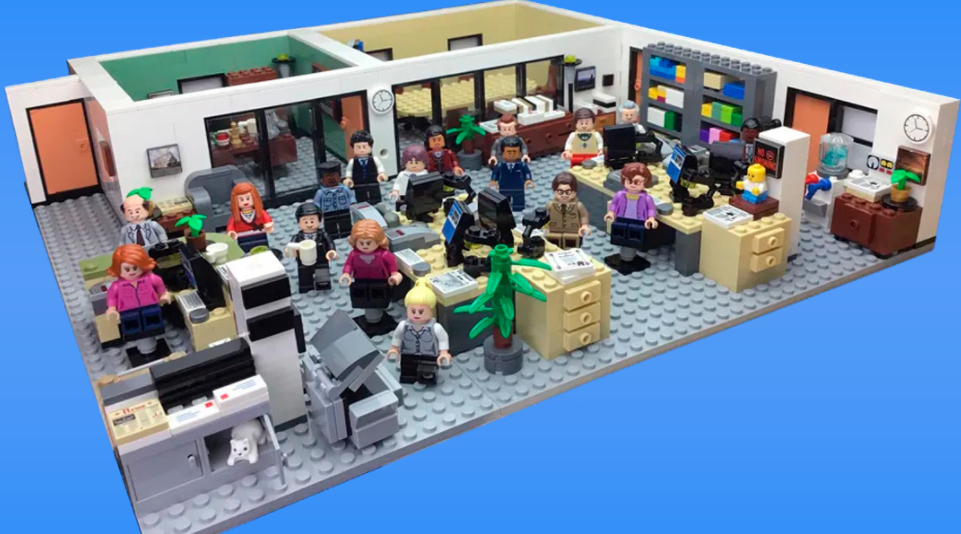 Soon we will be able to play with Dwight, Jim, Pam and Michael Scott in LEGO form! This LEGO Ideas “The Office” set was posted on the site and quickly got the amount of signatures LEGO needed to take it seriously. Along with the “Friends” and “Seinfeld” sets, we’ll be able to set this one up too!

Personally, I’m still waiting for a “Fraiser” apartment set but this is a cool one for sure.

If I had this set you know where it would go? I’d build this and set it up in my cubicle. Seriously what better place to have it then in your actual office!?

“The Office” which aired on NBC from 2005 to 2013 starring Steve Carell was one of the funniest office comedies around.  The set is comprised of Michael’s office, the Conference room and the sales area. All 17 primary characters featured on the show (for more than 1 season) have been included in this set. There is also a list of the characters and their recommended accessories that you can see here.

So far there’s no release date on when these hit shelves, but we’re excited anyway.