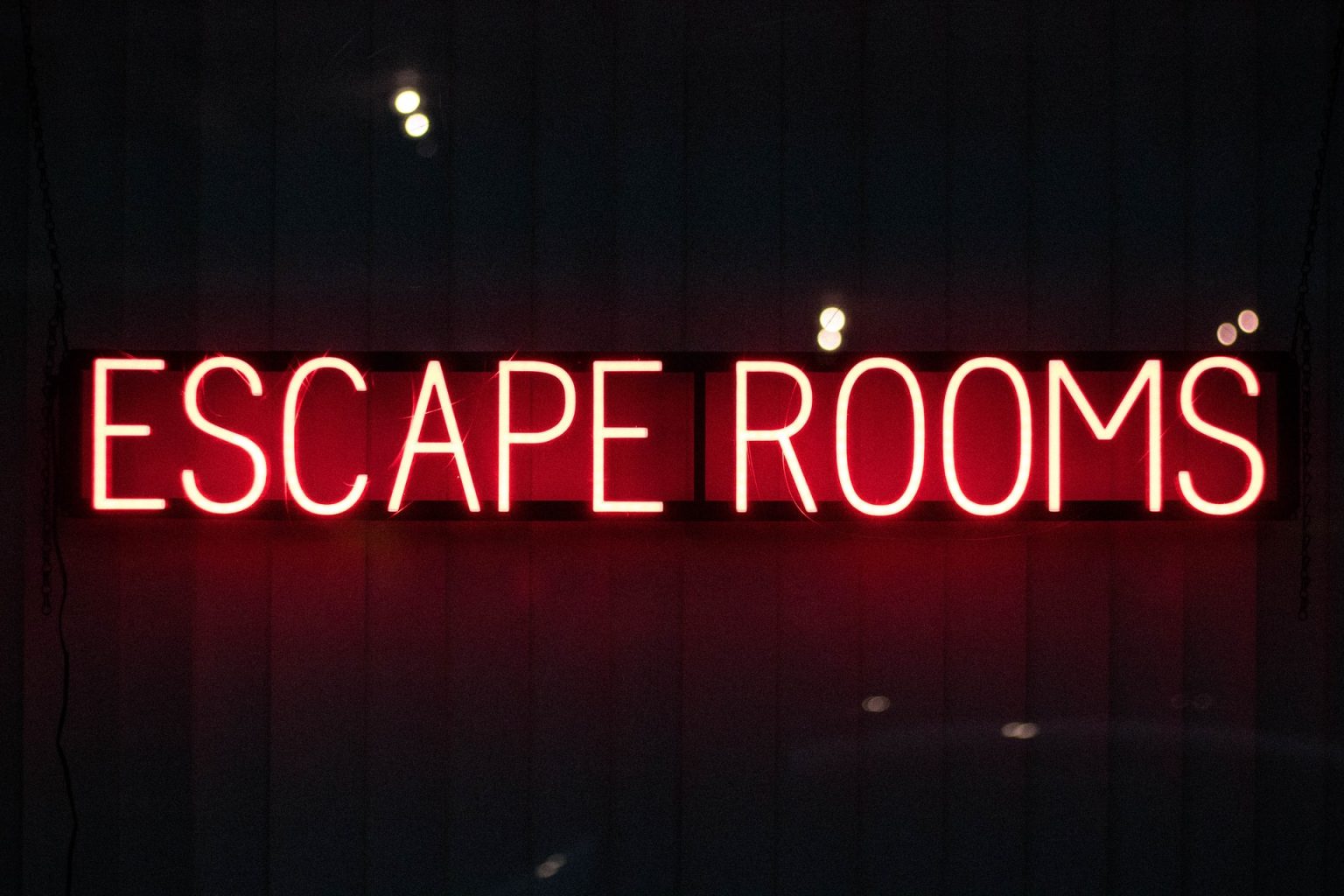 The Escape Room Evolution – How Technology Kept The Trend Afloat

Believe it or not, Escape rooms have been incredibly resourceful all around the world. This was out of necessity, perhaps, since a room filled with the same kind of settings and puzzles quickly becomes outdated.

Technology has served humanity for centuries now, and it has made our lives simpler and easier. On a more commercial level, technology has had a similar effect on businesses, and technology has helped increase customer base and customer satisfaction.

But if you want to know how exactly technology helps escape rooms stay relevant and grow as a business, you’ve come to the right place. Keep reading to find out various ways in which technology influences escape rooms.

Escape rooms utilize lights to change and set the mood for players. Lighting can be crucial for escape rooms. From showing players clues to illuminating their way, lighting now can serve multiple purposes.

A controllable lighting mechanism can help change the mood when players are running out of time. Similarly, fluctuating lights in a horror/thriller scenario work well as well. Moreover, lights can be integrated into the gameplay as well. UV lighting can show hidden objects to players and help them progress. Of course, these things wouldn’t be possible without technology.

A modern marvel in its own rights, automation has helped the whole world in multiple ways. So it makes sense that escape rooms, too, would benefit from it. Automation has been extensively used as a means to make automated doors. It allows them to open and close on specific conditions automatically.

AI, too, has had a big impact on how escape rooms are made nowadays. Sci-fi rooms utilize AI to provide a much more realistic as well as futuristic experience to the players. Both AI and Automation help in creating a super exciting and fun atmosphere for players.

Props play a big part in an escape room game. They give the whole room a unique identity. They allow the players to get into the character they are supposed to play.

With new and better technology at disposal, props have just become an interesting way to give a unique twist. Props have become more technologically advanced now as well, ranging from tablets/phones to TV sets and laptops/computers.

Robotics and AI have also helped in creating realistic props that can move and act according to the actions of the player. This has helped in making escape rooms much more interesting.

Puzzles are the heart of every escape room. Without a good, challenging, and fun puzzle, an escape room risks being a dull experience.

However, Technology has helped in solving this problem as well. Not only can we design and create interesting puzzles through technology. We can now transport conventional puzzles to an electronic platform to create an interesting experience for players.

Utilizing advanced lighting, sound, props, AI, and other things on this list, there are a number of ways to engage the audience. This has been possible only due to technological advancements.

The Internet is perhaps one of the most important technological advancements we’ve ever gotten. It has helped us move a lot of physical businesses to an online world. It is reducing costs and provides an effective mode of marketing.

Escape rooms have used it to shift their rooms online in the form of digital escape rooms during the pandemic. The Internet is also handy for making a lot of props like tablets and computers work. Its utility cannot be described.

Automation and Robotics have helped in creating escape rooms that are much safer and more fun as well. Differently-abled people, senior citizens, and small kids can enjoy escape rooms as well due to this.

Escape room enthusiasts must be familiar with the concept of game masters. They are the overloads responsible for providing clues! In the majority of cases, these game masters watch players through a camera.

Another major use of cameras is for the safety of everyone involved. Cameras can keep track of everyone, even in dim-lit rooms.  Cameras can also be integrated into the room itself as a puzzle device or something.

Lighting needs to be paired with some excellent sound effects and background music. This helps in creating a great experience for the players. Escape rooms are renowned for providing an immersive experience. This immersion comes partly due to the lighting and sounds.

The whole ambiance of a room wouldn’t be as interesting and immersive as they are now if technology was not involved. The immersive and engaging elements are primarily dependent on these factors. Without these, escape rooms would be incredibly dull.

Escape rooms rely on their versatility a lot. Multiple themes are used by a single escape room company often. Technology has made it easier for escape room companies to provide a variety of experiences to their customers.

From Virtual reality escape rooms to digital escape rooms, customers can now experience multiple themes in a different background. Players are really spoiled for choice. Technology has allowed companies to restructure their rooms easily as well through Virtual reality.

Technology is constantly being upgraded. It is necessary for a business to stay in touch with these updates to stay in the market. Most escape room companies have managed to do this seamlessly.

These 8 reasons or advancements in technology have allowed escape rooms to remain relevant in the market. Had escape rooms not utilized these technologies, they would too have suffered after some time.

It is thus necessary to integrate technology early in your business life to remain afloat. Take notes from escape rooms if you intend on starting a business.

Author Bio: Sophia Scott is a content creator at escaperoom.com. She’s a passionate young woman, mother to an amazing nine-year-old, and an avid reader. Over the years, writing has helped her explore and understand the world as well as her own self. She loves to travel, meet new people, and spend quality time with her daughter.