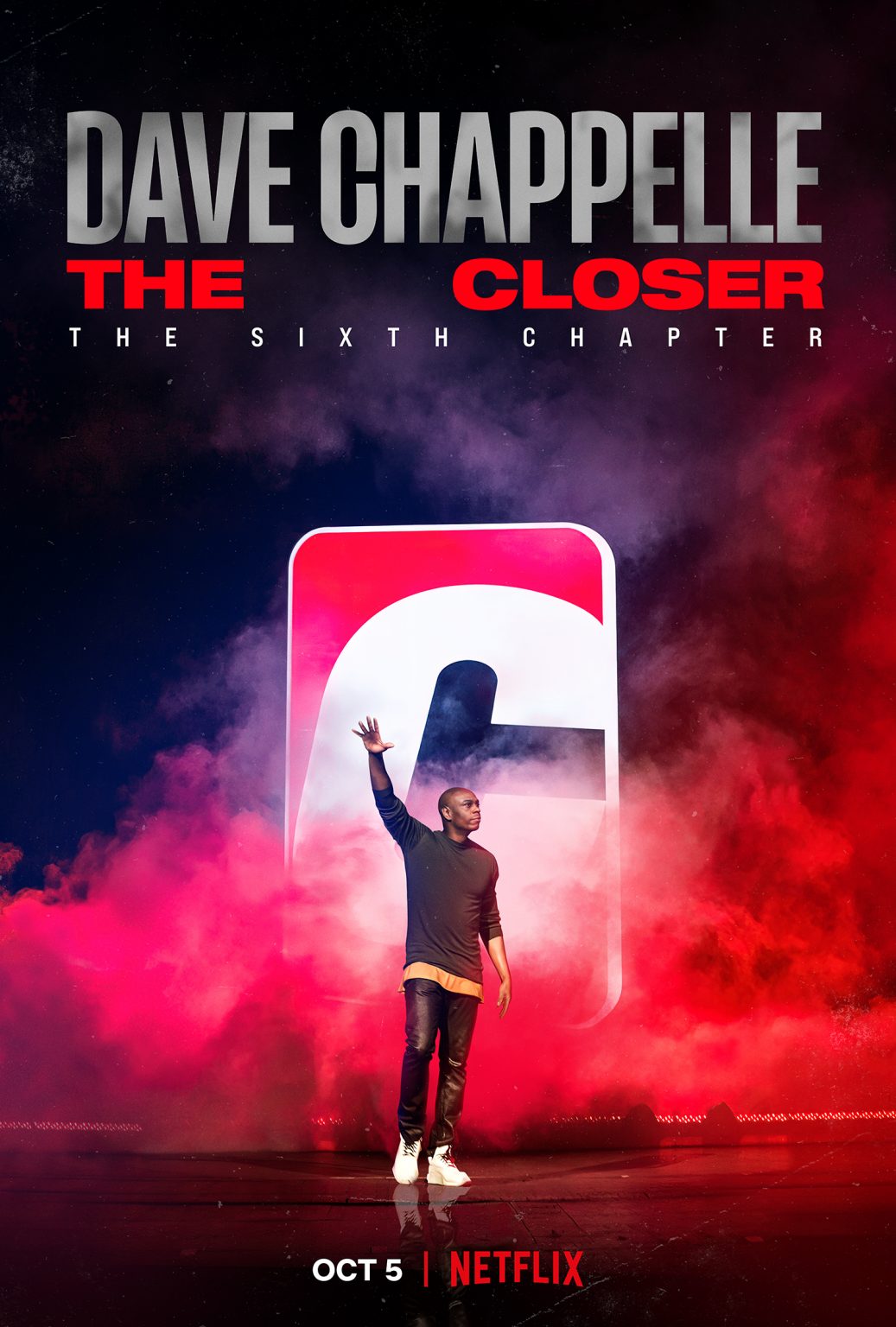 Why Netflix is Wrong for Backing Dave Chappelle [Opinion]

I finally watched that new Dave Chappelle special on Netflix. You know, the one with ‘Team TERF’ and controversial LGBT sentiments. With all the news about it, I was considering covering just the transphobic elements, but because I’m a journalist, I couldn’t do it without first watching the special.

If you’re unfamiliar, Chappelle and Netflix have come under fire recently because of the anti-trans comments in the special. Employees have walked out of their jobs at Netflix, and at least one employee has been fired (so far). At the time of this writing, a walk out is planned for tomorrow at the company.

Ted Sarandos, Chief Executive Officer of Netflix, released a company-wide email that was obtained by outlets, which alleges that “content on screen doesn’t directly translate to real-world harm.”

While some employees disagree, we have a strong belief that content on screen doesn’t directly translate to real-world harm.

The strongest evidence to support this is that violence on screens has grown hugely over the last thirty years, especially with first party shooter games, and yet violent crime has fallen significantly in many countries. Adults can watch violence, assault and abuse – or enjoy shocking stand-up comedy – without it causing them to harm others.

Because Netflix has allowed this special to stream, they are choosing content over their user’s mental health and possibly safety. It would seem that they spent years cultivating a pro-LGBT stance, and this walks them back quite a bit.

I think that the comments expressed by Chappelle puts out “Old Man yells at cloud” energy and his jokes about the trans community are entirely uninformed.

He singles out Trans Women

Take for example Chapelle’s “joke” about a transgender woman using the urinal next to him. He said in that particular where he was talking about ‘bathroom bills‘ that would “change the way people had to use the restroom.”

“So I excuse myself, I go to the men’s room. Now I’m standing at the urinal, taking a leak. And this is what this law is going to do. And suddenly a woman walks into the men’s room. I’m like, that’s strange, and then she stands shoulder to shoulder with me at the urinal, I’m going to be like ‘b**ch what’s going on with you?’ And then she hikes her skirt up and pulls a real live meaty d**k out!

I would feel better if it was a man with a vagina that backed up to the urinal next to me. I wouldn’t even think about that I’d just be like ‘hmm that’s funny.” This guy is peeing out of his butt for some reason. Oh my god he must be a veteran, thank you for your service.”

Chappelle in “The Closer”

Now if we were to dissect that, you could see how it could be harmful to specifically trans women right? It’s invalidating, as well as promoting a harmful stereotype.

Trans people are all different. Some people decide to have bottom surgery and some do not. Some trans people are on a non-binary scale and choose to stick with what they are born with. That is a personal preference, and no one should have an opinion on those decisions but the person making them.

It comes off as completely lazy writing. Chapelle has always been into shock value as a comedian, but times are changing and comments like these are harmful.

There is also a part where he talks about the push back from fans against JK Rowling‘s pro-TERF comments. He goes on to say that women view trans women how Black people view Black face. “It offends them, like ooh this b**ch is doing an impression of me.” That is wrong.

TERFs (Trans exclusionary radical feminists) think trans women are doing things specifically harm cis women. They think that they are trying to take things like awards away from them. TERFs don’t view trans women as “real women.” And it’s a horrible thing to put that kind of belief on someone. Someone who’s already struggled to find and accept their true identity as a woman.

YES, it IS harmful to the Trans and LGBT community

There is a golden rule that I’ve learned and stuck to throughout my life. If you don’t have something nice to say, don’t say it at all. This piece I’m writing is exempt from that because it’s informative, and not just outright saying that Chappelle is a horrible comedian. He’s not. He has charisma and a stage presence that gets people to laugh. So with that in mind, think about how easy it would be to convince people that trans women are not real women.

Trans women are trying to live a life that people are already pushing against. Just for them to feel comfortable they already have to close themselves off. Now, I’m a cis woman and I understand things like inequality in the workplace, the struggle to be seen, and fighting for the recognition that you deserve. But you put another filter on that through a trans lens, and it’s a million times harder. Now put another filter on that and add that you’re a black trans woman (like the employee terminated by Netflix), and it’s even harder than that.

There’s an article from Michael Crawford, who is a race, identity and culture writer at NBC News that states that these types of jokes are harmful to everyone. I agree with him because he says at one point “I evolved – and so did the Black community’s opinions of gay and trans people.”

I evolved — and so did the Black community’s opinions of gay and trans people. A majority of people of color now support civil rights for LGBTQ people, including the freedom to marry. But a majority is not everyone. And like some of those same entertainers who filled the heads of my neighbors with stereotypes and hate, newer cultural heroes continue to peddle the same stale jokes, and make LGBTQ people like me the butt of their comedy.

At the end of his special, Chapelle says he won’t talk about this subject anymore until he and the LGBT community are on the same page and laughing together. I’m curious to know what he set out to do with this special in the first place. Because if it was to stir up controversy and get press, job well done. But the way he works out what’s going on in his mind about his views about trans and gay people on stage is didactic and unnecessary.

“I am not telling another joke about you until we are both sure that we are laughing together. I’m telling you, I’m done, I’m done talking about. All I ask from your community, with all humility, will you please stop punching down on my people.”

He also uses the term “punching down” incorrectly. He’s using it as a statement to mean the LGBT community is pushing back on him. Punching down is used when someone highly regarded is using their platform to bully another group of people. The LGBT community isn’t bullying HIM, they’re disagreeing loudly of his statements that may just cause bullying of THEM. If it’s ok for him to have these views about trans women, then it should be ok for others to have their views about him right? Also trying to use race in an argument about whether or not trans women should be considered women is not the same thing.

Should Netflix take it down?

There is a petition by LGBT and Friends that is calling for Netflix to remove “The Closer” from their catalog. 2021 has been one of the worst for violence and acts of hate against trans people. This year alone, the Human Rights Campaign has tracked 38 trans or non-binary people who’ve been murdered. Either shot or killed by other means and specifically done in the US. England and Wales recorded a 16% increase in hate crimes against trans people in 2020. And these numbers grow almost daily. This comes at a time when transgender community faces a hostile environment right across the world.

YouTube will take down anything considered to be hate speech. I believe that Netflix should either add another disclaimer or take down the special altogether. A disclaimer would be the easy route. Taking it down would be better for the company as a whole. They’ve sunk a lot of money into Chappelle and his contract with them. It’s easy to understand why they wouldn’t want to pull it. But when the issue comes down to the potential safety of their viewers, it’s probably time to consider it.

Ted Sarandos has said that they’re not considering this hate speech. But when the LGBT community and other professionals are saying otherwise, perhaps they should listen. Especially when they’ve cultivated this audience with years of putting out pro-LGBT content. It may sound extreme, but I’m considering cancelling my subscription with them. The only reason I haven’t done so is because I’m conflicted. Because I do need to be able to watch things for review on this website.

Closing on “The Closer”

If you’re into Chapelle and hold the same world views, then you’d probably like this special very much. He’s a captivating character and his on stage demeanor can be hypnotizing. But for those reasons alone his “jokes” about this sensitive subject matter are especially harmful.

Until he comes out and says he’s open to new ideas, I’m probably just going to forgo any of his comedy from now on. It’s not worth it to me when it directly hurts so many of my friends.

This sketch from James Acaster pretty much sums it up. Start at 2:38.

Sarandos has since granted Variety an interview, and admits he ‘screwed up.’

“Obviously, I screwed up that internal communication. I should have led with a lot more humanity. Meaning, I had a group of employees who were definitely feeling pain and hurt from a decision we made. And I think that needs to be acknowledged up front before you get into the nuts and bolts of anything. I didn’t do that.”

Perhaps the most tone deaf part of the interview? This.

Variety: I want to circle back and ask definitively, do you personally and does Netflix feel that “The Closer” does not amount to hate speech?

Sarandos: Under the definition of “does it intend to cause physical harm?” I do not believe it falls into hate speech.

Variety: So the special will remain on the service?

Sarandos: I don’t believe there have been many calls to remove it.

Variety: Part of Netflix’s success story is its relationships with talent. Have you had feedback from your creators under overall deals, one-off projects or anyone outside of Netflix but in the creative community?

Sarandos: Yes, in the normal course of talking to folks all the time, they are all curious about these situations. There are some folks who really appreciate the artistic freedom part, and I think they wrestle with some things as well. But yes, I’ve had lots of conversations with our creators in and out of the comedy space.