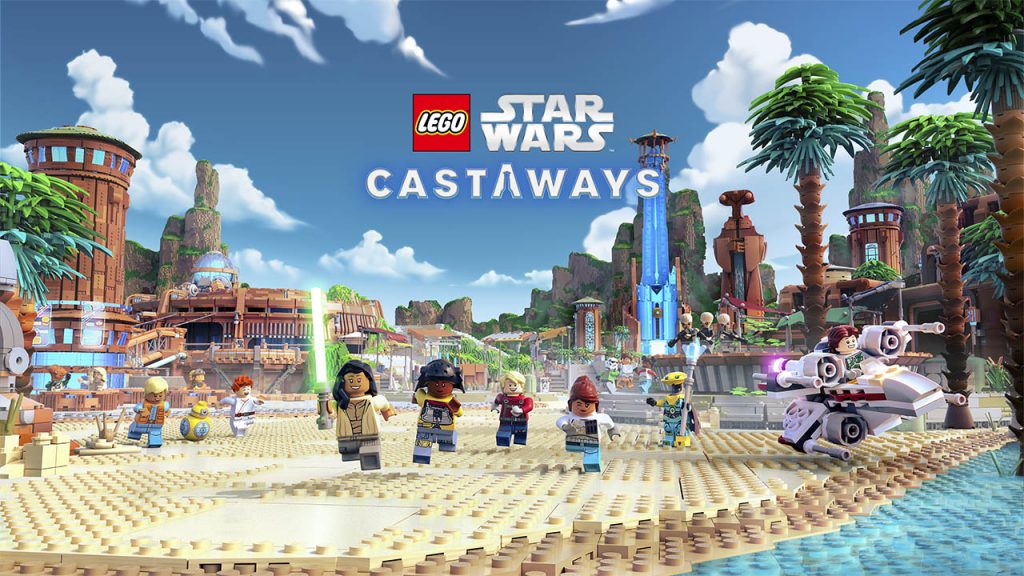 You can be the lead of your own video game in LEGO Star Wars: Castaways! This will be the first online social, action-adventure LEGO Star Wars game. It will be exclusively on Apple Arcade.

Apple Arcade is Apple’s game subscription service. It gives users unlimited access to over 200 premium games for a monthly subscription rate of $4.99.

In the game players will be able to customize their LEGO minifigures in the game. In addition they can unlock collectible pieces in order to customize their avatars. At the heart of the game is a mystery that must be solved in order to save the community of Castaways. They’ll explore a mysterious new planet with the help of friends. The announcement also alluded to quests that provide rewards. What said rewards or quests will be remain a mystery. Perhaps procuring blue milk? Or celebrating Life Day properly? Or finding the droid one is looking for.

In the new game players can also race Microfighters (now THIS is Microfighter racing!) and experience classic “Star Wars” moments. Unclear how many of the films or shows those moments will come from.

May the Figs Be With You

Here are some screenshots of the game and customized LEGO minifigures.

Other features are battling foes, more puzzles, battle and flight simulations. Players can also use the Social Hub to hang out with friends and communicate through LEGO emotes.

The game sounds incredibly ambitious and maybe a little confusing. Maybe a hint of Myst meets LEGO Island meets “The Phantom Menace” meets Minecraft? Given the success of other games that rely on a heavy social component we can see this doing well. Plus who doesn’t love LEGO Star Wars?

LEGO Star Wars: Castaways comes out on November 19, 2021. It will be playable across iPhone, iPad, Mac, and Apple TV.