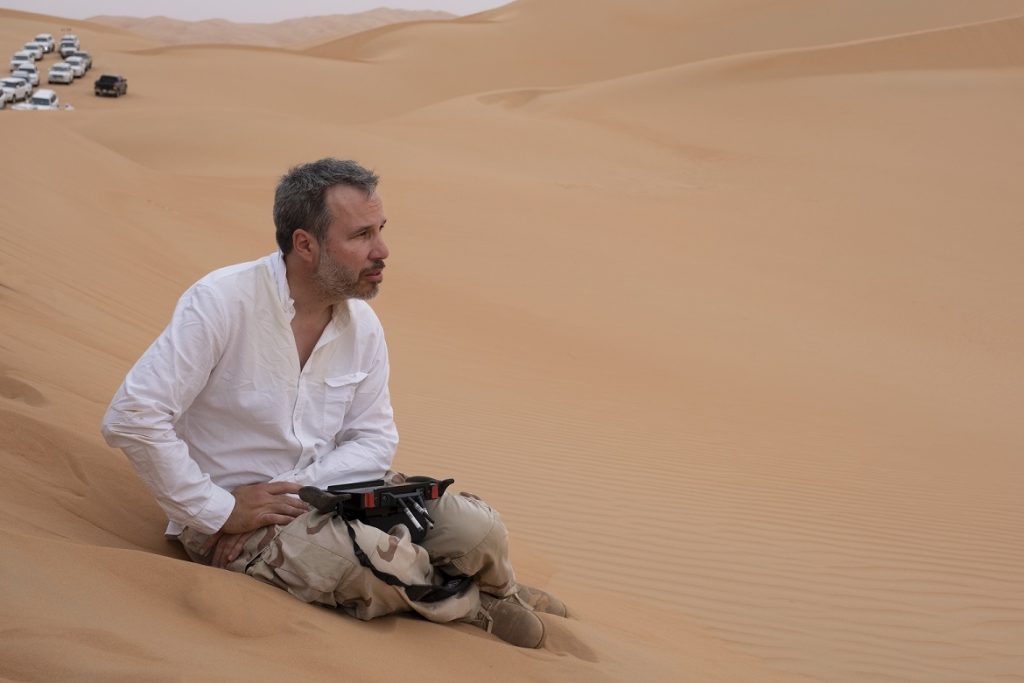 Daily Dune: Denis Villeneuve Does NOT Hate David Lynch, nor His Movie

Denis Villeneuve is a huge fan of the works of Frank Herbert. We all know this. The Oscar-nominated filmmaker has made no secret of how “Dune” impacted his formative years, and how it’s been his passion project for decades. We know just how deep his love of all things Arrakis goes, and this includes David Lynch‘s much-maligned 1984 version.

We just want to say outright that we love Lynch’s film. A lot. It gets more right than not. We do understand the majority of issues naysayers have with it, but, on the whole, it remains the most accurate to the book. We can say that, as we’ve actually SEEN Villeneuve’s version, at a screening with Denis himself.

This brings us to a question that was asked post-screening. As you can imagine, excitement was beyond high for the intimate group who just watched this sci-fi opera. A local “Dune” fangroup (Harkonnen Knife Fight) was invited to take part, which was pretty damn incredible.

While we ourselves were able to ask a question during the Q & A with Villenueve (keep an eye out for that piece after the film releases in the States), we wanted to focus on this one in particular. A lot has been written about Villenueve’s seeming distaste (aka hatred depending on what outlet you read) of Lynch’s version. But, that isn’t the case at all. In fact, Denis says that Lynch is one of his favorite filmmakers.

When asked how he went about adapting this title:

“With all my respect to The Master, I love David Lynch, he’s one of my favorite filmmakers. When I saw his film in the 80s, I was feeling like there were elements in it that I loved [he pauses to put true emphasis on the next word] a lot. But also there were things that deviated from the book. I came out of the theater, feeling that the dream I had about the book was not on screen. And I said to myself, ‘someone else will do it again.’ Someone else…[the audience breaks into peels of laughter, mirroring Denis’ own smile] will do it again. So I waited. And waited, and waited…

So the way we did it was to focus on the book, that was our ONLY reference. We focused on how it was written, as our way to get back to those images that I saw when I read the book the first time [at age 14]. It was like archaeologist work, to dig, to go back to those images uncorrupted. That was really the toughest thing, to try to honor those old dreams.”