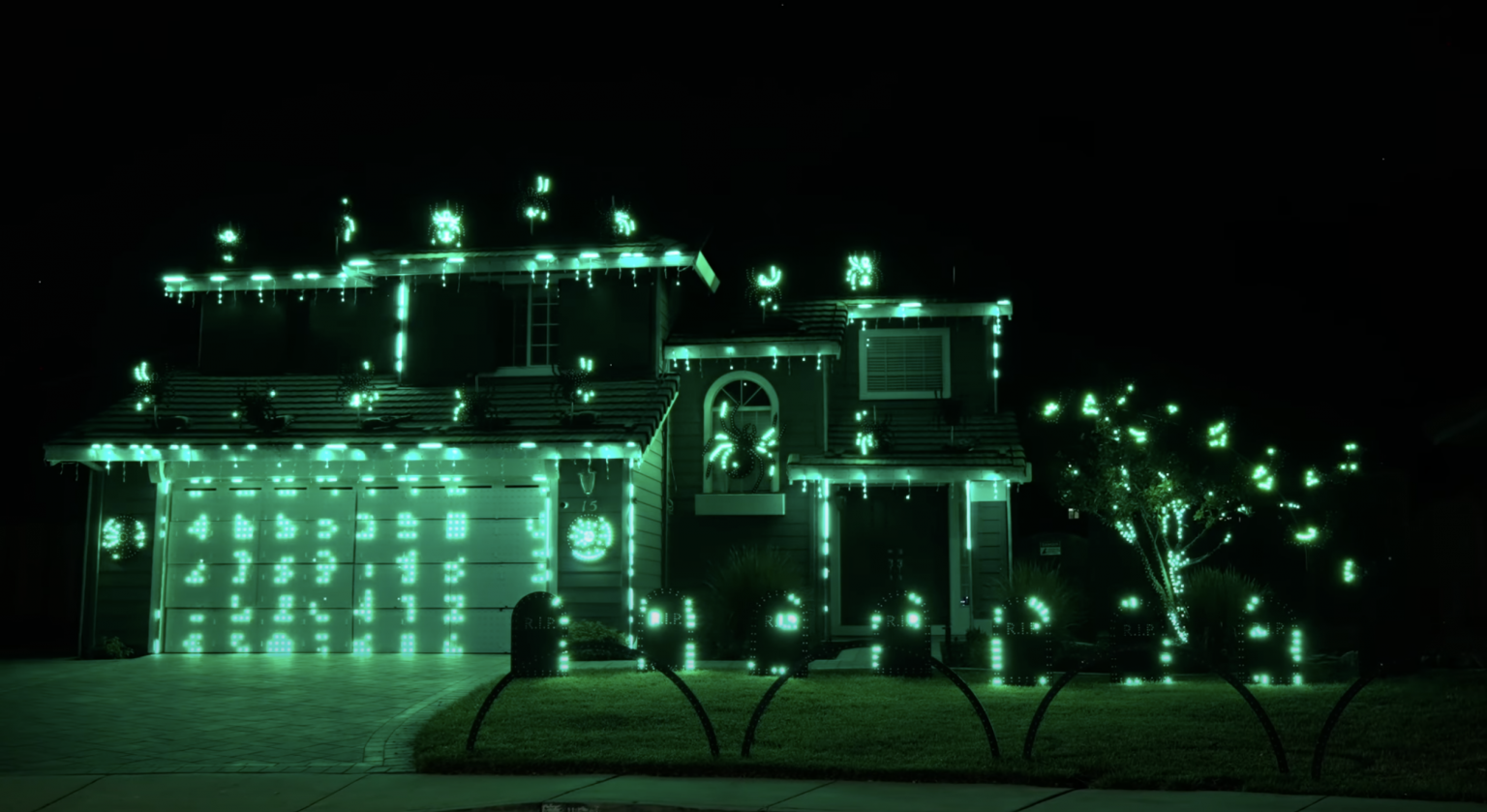 Sometimes it seems like it was just yesterday when Ebaumsworld was uploading viral videos before the term “viral videos” was being used. Remember that one which was popular every single Christmas with the lights on the outside of the house going off in time to Trans-Siberian Orchestra’s version of “Carol of the Bells?”

That’s right, you remember it. Look at that like, 240p image quality right there. I bet you’re looking at that and just waiting for it to buffer aren’t you? Well that video is over fourteen years old and things have changed since then. LED technology has improved and become cheaper, computers are a bit more sophisticated, recording quality has reached a much higher quality; oh and also it’s closing in on Halloween time and somebody loves “The Matrix.”

Thanks to Tom BetGeorge, we can see The Matrix House in all it’s glory. It takes the ending credits of “The Matrix” and Rage Against The Machine’s closing credits son “Wake Up” and pairs them with a Halloween light show. That’s right; house light shows aren’t just for Christmas anymore, and for damn good reason as this display shows. Tom starts off by mimicking the green and black computer text display that “The Matrix” made iconic, but Halloweens it up with spiders, an animated pumpkin, and arches that bounce lights back in forth in time with the percussion track.

According to the video description, Tom has this all set-up on a house in Tracy, California as a free event with donations going towards the McHenry House; a family shelter in Tracy. Tom also notes that it takes place on weekends for 2 hours a night so as not to create too much traffic congestion in the area.

His YouTube channel also shows other songs and lighting arrangements that take place, including ones for “Smells Like Teen Spirit,” and perhaps most appropriate, the remix of “Spooky Scary Skeletons,” by the late, great Andrew Gold.

The history of the channel also indicates a number of set-ups done for other seasons too, including Christmas and Easter. And yes, there’s also a Christmas one for Trans-Siberian Orchestra’s “Sarajevo (Carol of the Bells) so it all comes back around full circle to where we started; Christmas lights. But if you’re in the Tracy area on the weekend and have some time to kill and some money to donate, stop by the showing and celebrate your Halloween with a legitimately awesome light show!