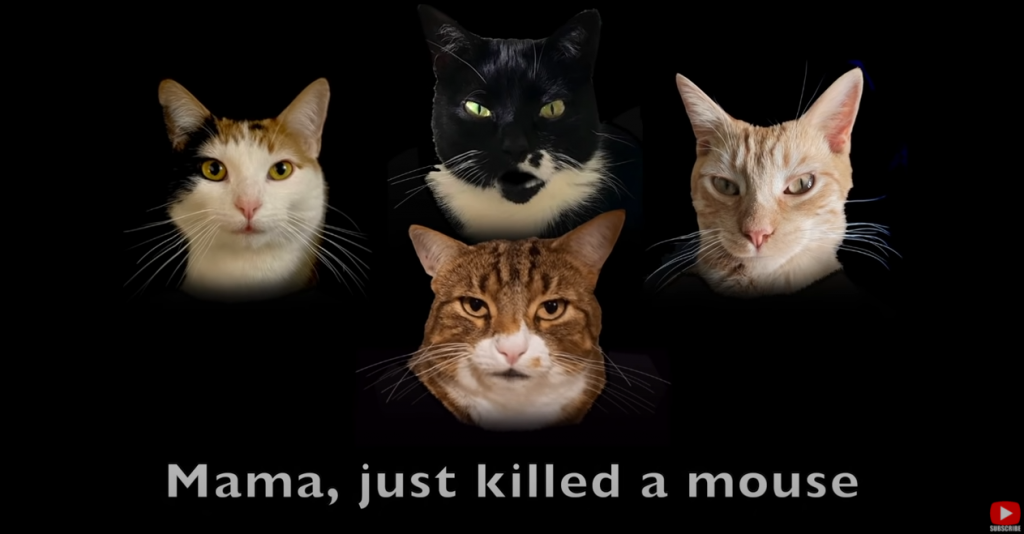 It’s “Bohemian Rhapsody,” But With Cats and About Cats

Someone put a LOT of time into creating and recording this song of “Bohemian Rhapsody” originally by Queen but now done by cats. They’ve come up with their own lyrics while sticking to the original melody and what you get is kind of genius. It features four cats all singing about their day and how they choose to employ you(the human).

Shirley Serban created this especially for cat loving humans. “Cats are royalty. We are their willing servants,” Serban says. “Bohemian Catsody – enjoy a parody song of the Queen classic, Bohemian Rhapsody, this time, all about CATS!”

Now if I was this talented I would make that song parody that I sang about my cat Frankie based off of Cutting Crew’s “Died In Your Arms.” It’s pretty awesome because instead of “just died in your arms” it’s “just died in your paws.” Pretty great if I do say so myself. Now without further ado, Bohemian Catsody.