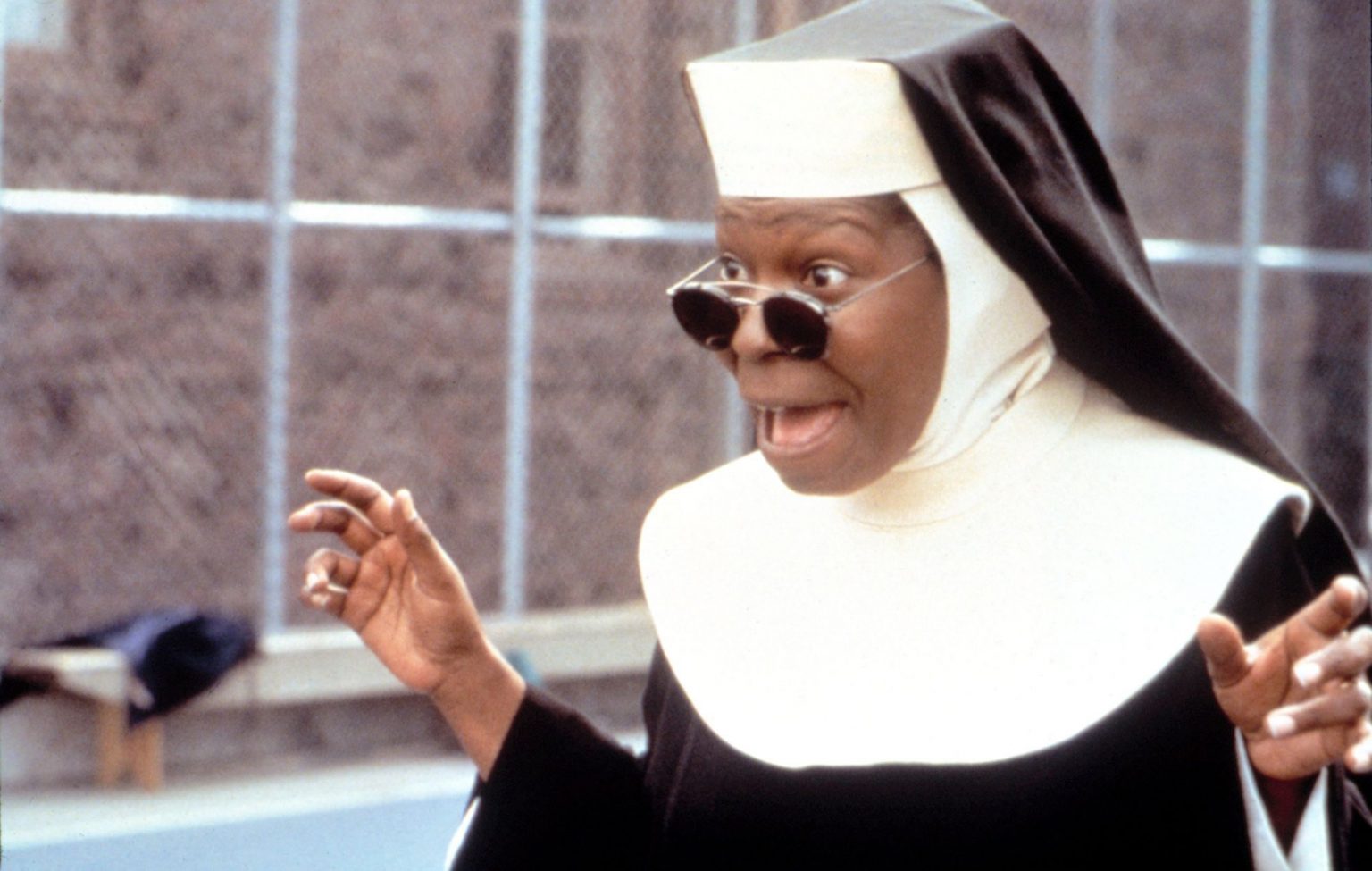 If you’ve spent the last 28 years wondering when we’d ever get another “Sister Act” movie, then congratulations, you are in a very niche group of people. But you can also be in a very happy niche as reports are emerging over who will be writing and directing the project which will return Whoopi Goldberg to the role of Deloris/Sister Mary Clarence.

For the uninitiated, “Sister Act” was a surprise hit of 1992, grossing over $230 million and cementing Whoopi’s commercial viability as a film actress in the early to mid 90s. While this would later be undone by films like, “Eddie,” “Bogus,” and “Theodore Rex,” the one-two punch of “Ghost,” and “Sister Act” established Goldberg as a household name, and a Hollywood force to be reckoned with.

“Sister Act” is essentially a fish out of water story, about a Reno lounge singer who has to go into witness protection after seeing her mob boyfriend gun down a police informant. So she gets placed in a rundown convent in San Francisco and hijinks ensue. The movie finds its heart though, not so much in its humor, but in its spirit. While not a religious movie per say, Goldberg’s character of Deloris uses her singing skills to help bring the church choir together by mixing gospel with R&B. One of the stand-outs is taking the classic Mary Wells song “My Guy” and reinterpreting it as “My God” with Kathy Najimy and Wendy Makkena taking the lead. Also, Dame Maggie Smith as Mother Superior in the film elevates the cast.

A sequel followed in 1993, which met with much more negative reviews and failed to find success at the box office. A 2006 stage musical would end up being far more successful, being nominated for several Tony Awards and an international tour set to debut in 2022. The question then, is whether or not this translates to demand for a new film.

Disney is keen for a third film based on the talent they’re throwing behind it. According to reports, Tim Federle is set to direct the film with Madhuri Shekar working on the script. Federle has brought Disney a great deal of success recently by directing and writing the revival of “High School Musical” in the series format that’s been running on Disney+ since 2019. Shekar meanwhile has been working on the HBO series “The Nevers.”

Having Whoopi Goldberg return as Sister Mary Clarence will certainly help revitalize the nostalgic sense of the original film, but is there really that much nostalgia for “Sister Act?” It was certainly a good film, but the first sequel itself already stretched the original premise too thin. Maybe we’ll be pleasantly surprised by what a third film could deliver.

No release date has been set for the film, but it will be on Disney+ when it does premiere. You can catch the first two films on Disney+ now.