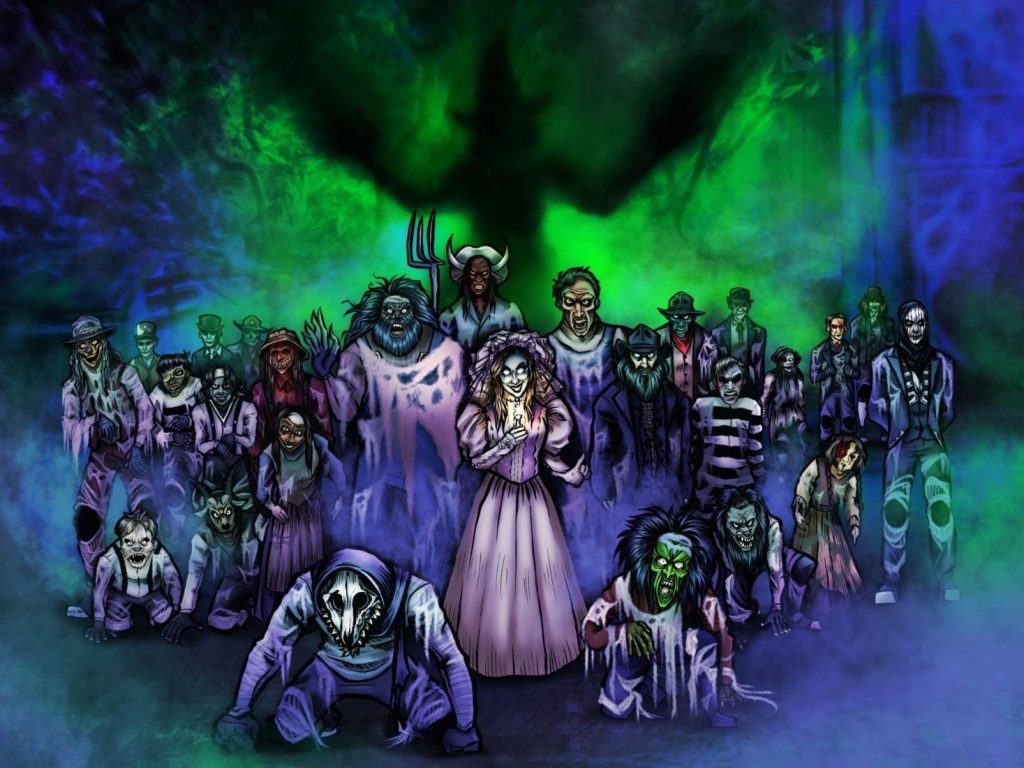 Knott’s Scary Farm is Back, Lives Up to Halloween Hype

Since 1973, Orange County has been home to one of the most iconic haunt events of Halloween season; Knott’s Scary Farm. Though the park is mostly known for inventing the delicious boysenberry (and it’s Snoopy merch), Knott’s Berry Farm has another claim to fame; it’s shockingly impressive horror mazes.

While the pandemic may have shut down the long-running annual Halloween haunt in 2020, Knott’s Scary Farm is back for 2021, and the park spared no expense in bringing back the scares. From award-winning horror mazes to spooky stage shows, Knott’s remains the gold standard of Halloween theme park haunts.

If you have never been to Knott’s Scary Farm before, it can be easy to underestimate just how hard this park goes into putting on a good Halloween event. While some California locals view Knott’s as more of a cheap alternative to Disneyland than a must-see destination, the normally “family friendly” theme park operates on a whole other level when Autumn rolls around.

Transforming the 160 acre park into a patchwork of scare zones and horror mazes, Knott’s Scary Farm is a love letter to Halloween. Much of the park is blanketed in unbelievably thick fog, while terrifying monsters roam the park, occasionally sliding past your legs on metal knee plates and gloves; a common scare tactic invented by Knott’s haunt actors.

Returning this year are several fan-favorite scare mazes such as the grotesque Pumpkin Eater, the thrilling Dark Ride: The Castle of Chaos, and the reality TV satire Paranormal, Inc. (which will be retiring at the end of this season). And debuting in 2021 is a brand new attraction — Mesmer: Sideshow of the Mind, a horror maze built around a nightmarish freak show. Other attractions include the Dark Entities space station, the watery caverns of The Depths, and the Wax Works museum of horrors.

Another returning attraction is Origins: The Curse of Calico, which debuted in 2019. The maze ties together the Ghost Town scare zone and “The Hanging,” a long-running show that Knott’s retired this year due to growing criticism. What makes Curse of Calico stand out in particular is how well it fits the general vibe of Knott’s Berry Farm, unlike the other mazes which make no attempt at conforming to any pre-established intellectual property or park theme.

So what can you expect to find at Knott’s Scary Farm? Amazing wire-work, giant animatronics, walls that suddenly disappear in the dark, mind-bending optical illusions, and set pieces worthy of big Hollywood productions. Even the sound effects are meticulously executed. Beyond sight and sound, some mazes like Pumpkin Eater also utilize touch and smell for further immersion. And each maze tells an elaborate story, making it feel as though you’re actually walking through a horror movie. The mazes aren’t just scary, they’re brilliantly creative.

Aside from the mazes and scare zones, Knott’s also adds Halloween flair to some of its rides, such as the Timber Mountain Log Ride. There are even shows that go on throughout the night, including “Puppet Up! Uncensored,” a puppet show for mature audiences performed by comedian puppeteers from The Jim Henson Company. And even if you never enter a single horror maze, just randomly wandering the park is enough to get the blood pumping with the number of monsters stalking the park.

While there are many horror night attractions to choose from in Southern California, Knott’s easily earns its place at the top of the list. This park lives up to the Halloween hype and then some. It’s the Disneyland of horror, with every attraction telling an immersive story through the use of practical effects, amazing costumes, and epic sound design. While the pandemic forced Knott’s to take last year off, they clearly made the most of it.