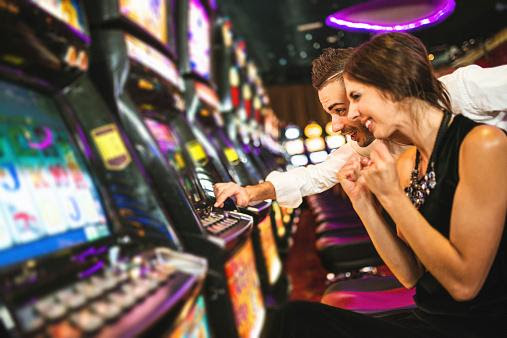 Starburst: A Review On the Outer Space Slot Game

The record busting video slots title from NetEnt is fast approaching its tenth birthday but it remains a firm favourite with the fans, regularly topping out monthly most popular slots title charts. This article will take a look at what’s kept slots aficionados loyal to the gargantuan cosmic five reeler.

Slots games are popular all over the world. They occupy the most floor space in brick-and-mortar casinos and often the most screen real estate at the online counterparts too. Their addictive nature taps into our reward systems and keeps us spinning away.

Because slots sims are as ubiquitous and lucrative as they are, themes have been developed to suit every taste and niche. Casino software developers have been able to attract top game designer talent from the industry to produce games that range from official movie and video game collaborations to retro titles, alongside the more traditional casino themes. The quality of video slots has been improving year on year.

One of the most popular themed games is Starburst, which follows an outer space motif, complete with futuristic soundtrack and crisp colourful graphics and animations. The game has some unique features which set it apart from its competitors. A combination of two-win directions and an exciting respin game mode have garnered favour among critics and players alike.

The aesthetic of Starburst is strongly reminiscent of the seminal 2001 flash browser game Bejeweled—which has since gone on to have several full releases and apps, as well as an arcade machine. There are obvious similarities between the gems in both games, particularly the animation and interplay between them when chains are achieved. It could be argued the match three style game borrowed initially from the one arm bandit concept in the first place so maybe it’s a case of reciprocity.

Starburst is made up of various brightly coloured jewels.

The gameplay basics—like many slots—are quick to learn with some more advanced features that keep it exciting for slots veterans:

Even though winning spins occur less often but when they do occur, the rewarding feeling gets you even more hooked.

We played for a while—maybe a bit longer than we originally intended because we got hooked—and we noticed that more often than not, reels are populated by similar symbols. This means while it might make winning spins happen slightly less often, when they do occur, it’s usually something big and exciting.

Starburst—and other NetEnt titles are free to play, which means you can get good before putting down any of your hard-earned cash. You’re probably also more likely not to waste money on spins where you’re trying to work out what’s going on.

Themed slots are so well liked because their target market is so broad. There are different titles for everyone and every play-through, every win streak is unique and offers a slightly different experience. Starburst is certainly one of the best and we enjoyed it as much as a casual game than as an ordinary video slot.