Top Ten Movies About Writers According To IMDB

There’s something tremendously appealing about the life of a famous writer. Perhaps it’s because throughout the history of literature, the image of the lonely, brooding novelist, sitting behind his typewriter, giving shape to the disturbances of his feverish mind, often garnished with a halo of mystery, has become quite the cultural stereotype. This character is quite different from modern authors who write for a blog or an online paper writing service. But all this romanticism has made biographical films fashionable. Today we review the ten best movies about writers according to IMDb ratings. 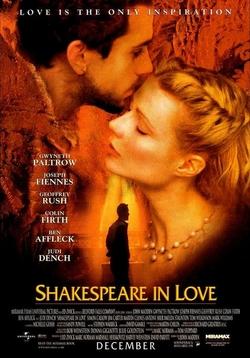 In addition to critical and public acclaim, this film won seven Oscars out of thirteen nominations, three Golden Globes, and four BAFTA awards. Shakespeare in Love raises the classic theme of writer’s block and includes, of course, a love story with a young woman who finally brings the playwright back to his creative senses. Somewhat melodramatic and almost arguably a bit cheesy, Shakespeare in Love depicts the image of a young Shakespeare before he became the most recognized writer in history. One detail to note is Judi Dench’s performance as Queen Elizabeth I of England. 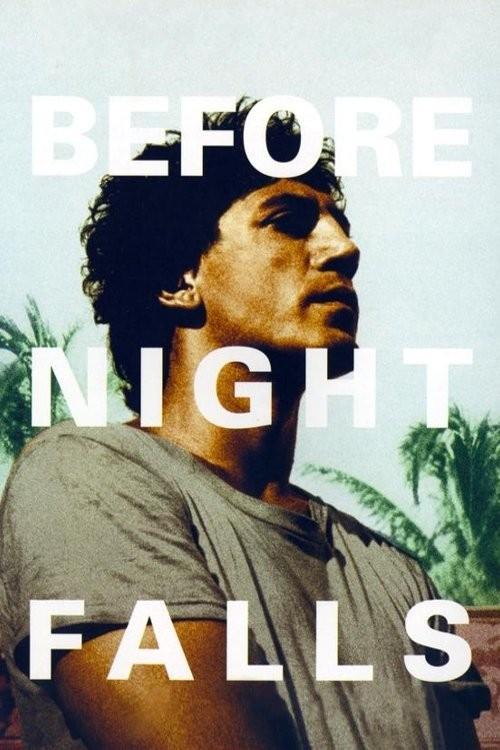 This film was destined for success just for being endorsed by first-rate characters. On the one hand, the director and artist Julian Schnabel, whose filmography has led him to be awarded at Cannes as best director and to be nominated at the Golden Globes, the BAFTA and the Venice International Film Festival. On the other hand, it stars Javier Bardem, a safe bet. In addition to Bardem in the role of the Cuban poet Reinaldo Arenas, Johnny Depp’s flamboyant character is also striking. A beauty of a film full of images of Cuba perfectly captures Arenas’ turbulent work and how the poet used his open homosexuality as a revolutionary tool to change the world throughout his career. 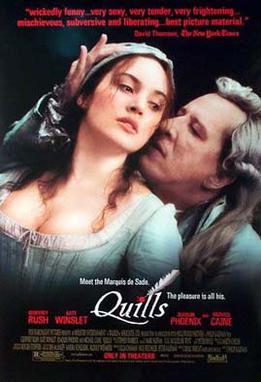 Considering the life of excess he led, making a film about the Marquis de Sade was challenging. The writer’s voiceover at the beginning is a statement of intent: “Dear reader, I have a perverse little story to tell, taken from the pages of history, embellished, true. But guaranteed to stimulate our senses.” With a historical context taking place during the last years of the Revolution, Quills shows us the confinement to which the infamous writer was subjected because of his deviant sexual acts. The film features actors such as Joaquin Phoenix and Kate Winslet. 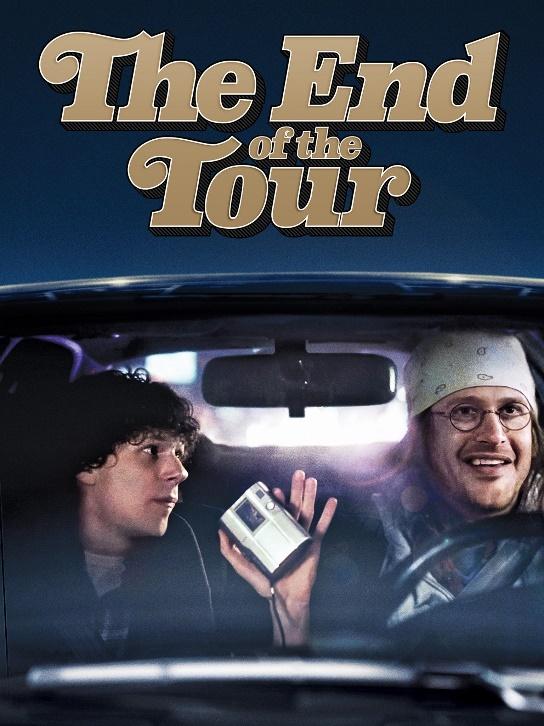 The controversial postmodern writer David Foster Wallace committed suicide in 2008, but he left behind a valuable body of work that remains an intellectual challenge today. Published in 1996, his best-known novel, The Infinite Joke, was a shock to the literary scene at the time and catapulted an author with a somewhat introverted and reclusive nature into the spotlight, forcing him to tour the country. The Last Tour focuses on the last two weeks of that tour, the five days he interviewed Rolling Stone reporter David Lipsky. The most interesting part of the film is Jason Segel’s performance as Foster Wallace.

This British film follows the writer C.S. Lewis and his wife, the poet Joy Davidman, described in her memoir A Grief in Observation. It is also based on a 1985 television production and a theatrical adaptation of the same title, written by Brian Sibley and Norma Stone -Sibley also wrote a book about this love story-. What begins as an encounter between two completely different mentalities ends up becoming, little by little, an intense love affair. 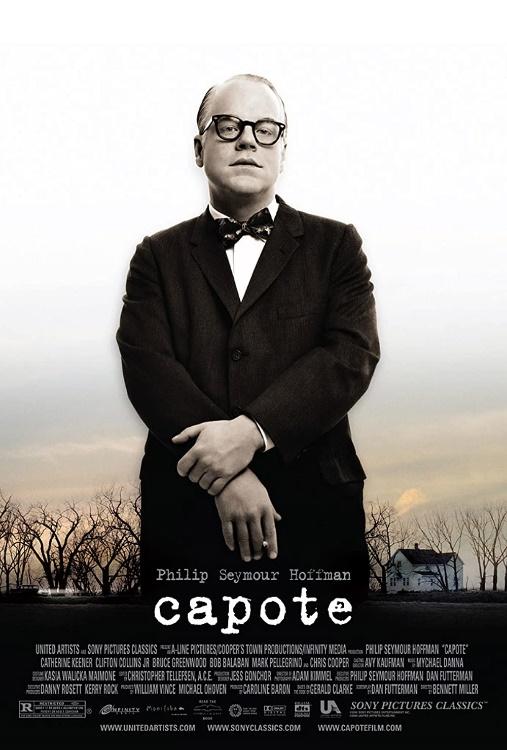 The sudden death of Philip Seymour-Hoffman was a shock to the film world. Behind him, he left behind several good roles that many actors would envy. And one of his best performances, without a doubt, was that of the writer Truman Capote. Directed by Bennet Miller, Capote tells the whole process of documentation that the writer developed about the crime he would expose in In Cold Blood. A film about the ethics of writing and, above all, about Truman Capote. Seymour-Hoffman manages to shine as much in his role as Capote himself did in reality. 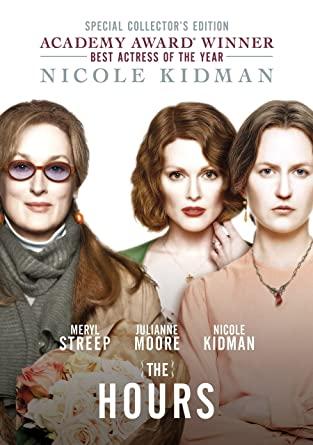 Based on a screenplay written by David Hare, adapted from Michael Cunningham’s 1999 Pulitzer Prize-winning novel of the same name. Over a single day, the Hours tells a story about three women in different eras and generations whose lives are connected by Virginia Woolf’s novel Mrs. Dalloway. In addition to being a tribute to the author, the film delves into themes such as depression and suicide. It won numerous awards, including the Oscar for best actress for Nicole Kidman in the role of Virginia Woolf.

Terry Gilliam’s wacky adaptation of Hunter S. Thompson’s gonzo novelistic memoir. Better received by audiences than critics, in this film, Johnny Depp steps into the shoes of the celebrated writer on a road trip to the underworld of psychedelic terror. The surrealism and vivid energy of Depp and Benicio Del Toro, in his lawyer’s role, make this film a singular experience that you either love or hate. 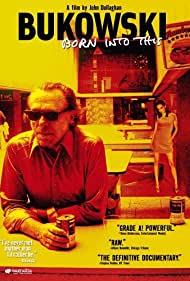 More than a film, Born IntoThis is a documentary developed in 2003 by John Dullaghan, who researched and collected tapes for seven years. The documentary begins with Bukowski, in front of a microphone, in one of his many readings, with classical music composed by Jim Stemple in the background. Dullaghan wanted to portray the writer without using a voice-over and did so through the testimonies of friends, acquaintances, personalities, and his poems and stories. The result is an intimate look at a legendary character.

It doеsn’t coincidentally the second Julian Schnabel film to appear on this list and at the top. Based on the book of the same name, The Diving Bell and the Butterfly tells the harrowing story of a fashion magazine editor Jean-Dominique Bauby after he suffers an accident that paralyzes his entire body, except for being able to blink one of his eyes. Thanks to the patient help of his wife, Bauby managed to write his autobiography through winks. A beautiful film about the incredible power of writing as a source of healing. Simply a masterpiece.

Top 3 Ways How Personal Loan EMI Calculator Can Benefit You

Installing LED lights: Tips and Tricks for a Seamless Process

7 Habits That Will Help You in Achieving Financial Freedom

Top 3 Ways How Personal Loan EMI Calculator Can Benefit You

Installing LED lights: Tips and Tricks for a Seamless Process

James Gunn Says “The Flash” is ‘Greatest Superhero Movie Ever’

The Future of DC Studios Revealed: Upcoming Projects and More