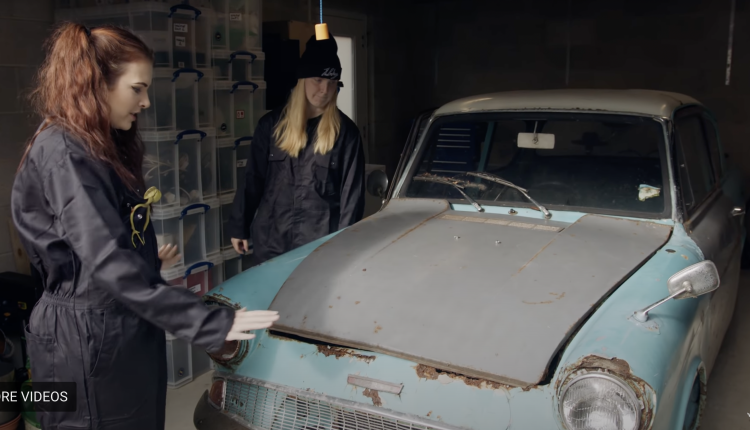 Very popular “Harry Potter” YouTuber Cherry Wallis has taken on a new project of fixing up the Weasley’s family car. She’s purchased a 1960s Ford Anglia, and intends to restore it to look like the car from “Harry Potter and the Chamber of Secrets.” Though Wallis says she has limited knowledge on how to restore cars, she’s all in and is going to make this the project of the century.

From the looks of the car it needs quite a bit of body work, and possibly the engine too considering we don’t even know if it runs! A good sanding, some paint, reupholstery and replacement parts like lights would be the very basic things needed to get it photo ready. Even if this car works out just for cosplay pictures I would surmise it was totally worth it.

“I know nothing about engineering or mechanics, but we’ve stripped it down and are getting the body work done. It’s currently a bit of a rust bucket, but the plan is to restore it back to its former glory,” Wallis says. “We even want to put an invisibility booster button in it. I wouldn’t have it if it wasn’t for my love of Harry Potter!”

In part 2, Wallis says she ruined it, but we encourage Cherry to trust the process. Cars are hard and this is a massive art project.

We’ve reached out to Cherry for a comment or an update, and hopefully we’ll get one!

One of the Remaining Original Taco Bell Restaurants is Now Closed