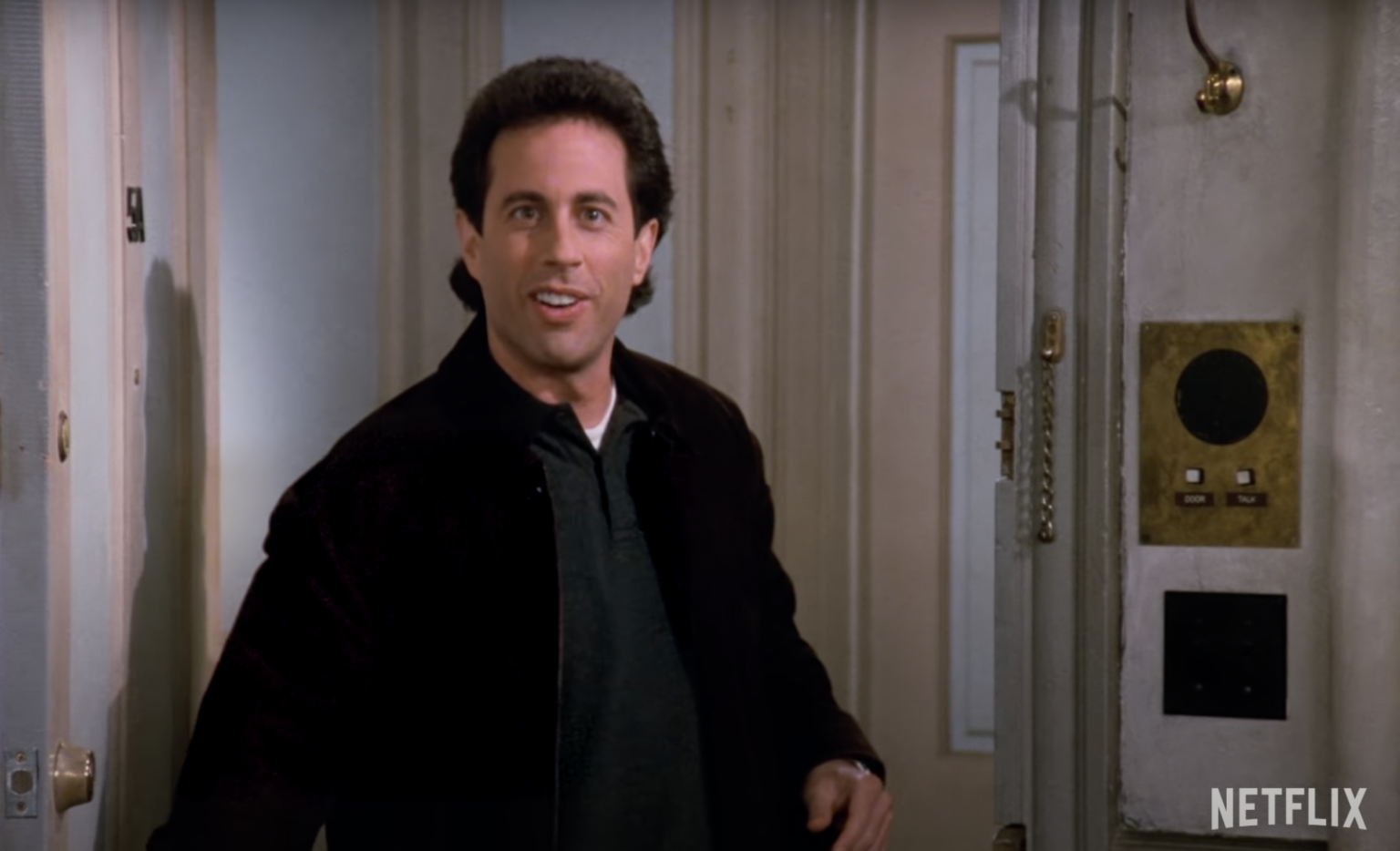 Little Show About Nothing Called “Seinfeld” Comes to Netflix in October

We’ve gotta hand it to Netflix, the “Seinfeld” is coming news blasts are pretty hilarious. Treating the 9-season hit series like a brand new property in announcements is great. What the heck are we talking about? Well, this morning Netflix launched a “look what’s coming to our streaming service!” campaign, referring to this ‘new’ comedy series as something of a lark.

Which, if you know the show, is pretty damn perfect.

The show completed production in May (of 1998) and is slated for release on the Netflix platform in its entirety on October 1, 2021.
Bookended by Seinfeld’s stand-up material, the 180 episodes of the sitcom explore the minutiae of the comic’s everyday life as he navigates his relationships with a talented ensemble cast, including Julia Louis-Dreyfus (Troll, Family Ties), Michael Richards (UHF, Fridays) and Jason Alexander (Pretty Woman).

“This is the first time we’ve taken a risk of this nature, going all in on 9 seasons at the jump,” said Netflix Co-CEO Ted Sarandos. “But Jerry has created something special with this sitcom that nobody has ever done. I truly think he and Mr. David have enormous futures ahead of them and I’m thrilled Netflix could be the home for them to grow their fanbases.”

“Larry and I are enormously grateful to Netflix for taking this chance on us. It takes a lot of guts to trust two schmucks who literally had zero experience in television when we made this thing,” said Seinfeld. “We really got carried away, I guess. I didn’t realize we made so many of them. Hope to recoup god knows how many millions it must have taken to do. But worth all the work if people like it. Crazy project.”

‘Seinfeld’ is a West/Shapiro Production in association with Castle Rock Entertainment. It is executive produced by Larry David, Howard West and George Shapiro. Sony Pictures Television is the global distributor of ‘Seinfeld.’