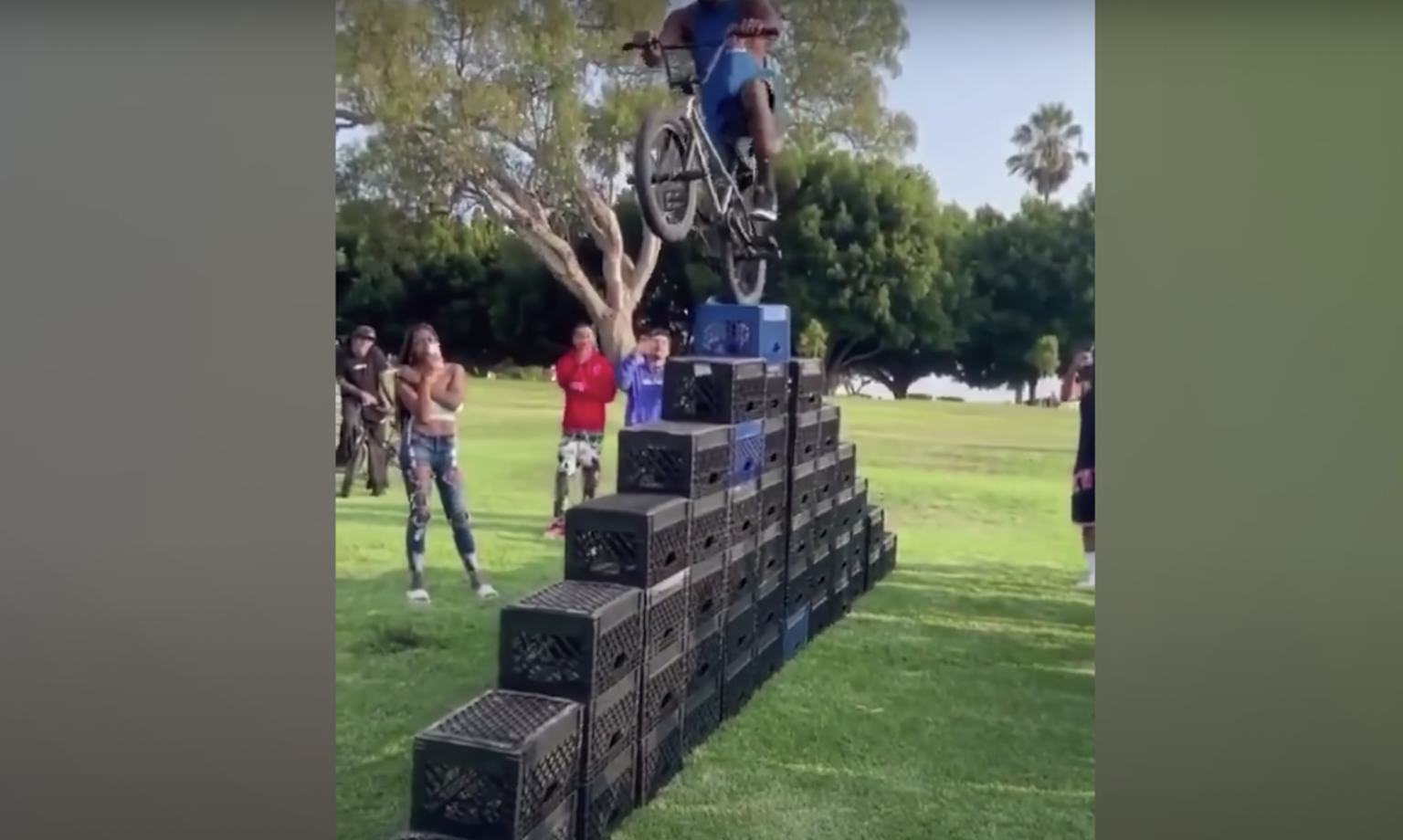 Planking, Tide Pods, the cinnamon challenge, the choking game; the list of asinine internet challenges and stunts that people have done never cease to amaze. Whether it’s to chase a trend, an attempt to go viral, or wanting to seem relevant, the reason doesn’t matter as the outcome is always the same; empty and fleeting notoriety. So what’s the flavor of the week this time? The milk crate challenge.

These are milk crates:

You’ve likely seen them before, or used one yourself for storing things or carrying something; it’s not as if they’re some rare object or one of the Infinity Stones given an odd form. As you can also see from the above picture, they’re easily stackable. Note however that despite how easily stacked they are, how shifty and flimsy some of the stacks look. That’s because they’re not meant to be construction blocks; they’re meant for quick and easy use.

So imagine if you will, building a stair case out of them; a staircase in the shape of a pyramid. It might look something like this:

The problem though, is that as mentioned previously, these crates are not very stable; certainly not stable enough to guarantee sound footing for someone climbing up them. The end result therefore, would not be of one successfully climbing up and down the pyramid. Instead, the result may look like this:

And thus, we have a problem. People who attempt this challenge are more than likely going to fail, which is partly why it’s going viral. Schadenfreude is very real and we seemingly love to take pleasure in the misery of others. Watching people falling from a pile of milk crates seems to evoke some kind of atavistic joy within us.

In all seriousness though, this is causing people to get hurt. Not only can the fall itself be nasty, but because of the instability of the crates and the balancing one must do on them, it makes it harder for someone to brace themselves for a fall. This results in landing at odd angles which can lead more easily to injury. On top of that, these crates are made of hard plastic with nasty edges that can easily cause nasty gashes in a person’s skin.

So what’s the reason for bringing this subject up? Because people need to stop doing this dumb crap. Even if it’s just yourself that you think you’d be hurting; it’s not. When these viral trends pop-up, it creates a copycat effect that others want to emulate in hopes of being part of the cultural zeitgeist. Even if your video does get a lot of views, all you were doing is chasing a trend that won’t last for more than a couple of weeks before you’re forgotten by time.

Want something better to do with your time? I’ll let Lucille Bluth tell you what to do.