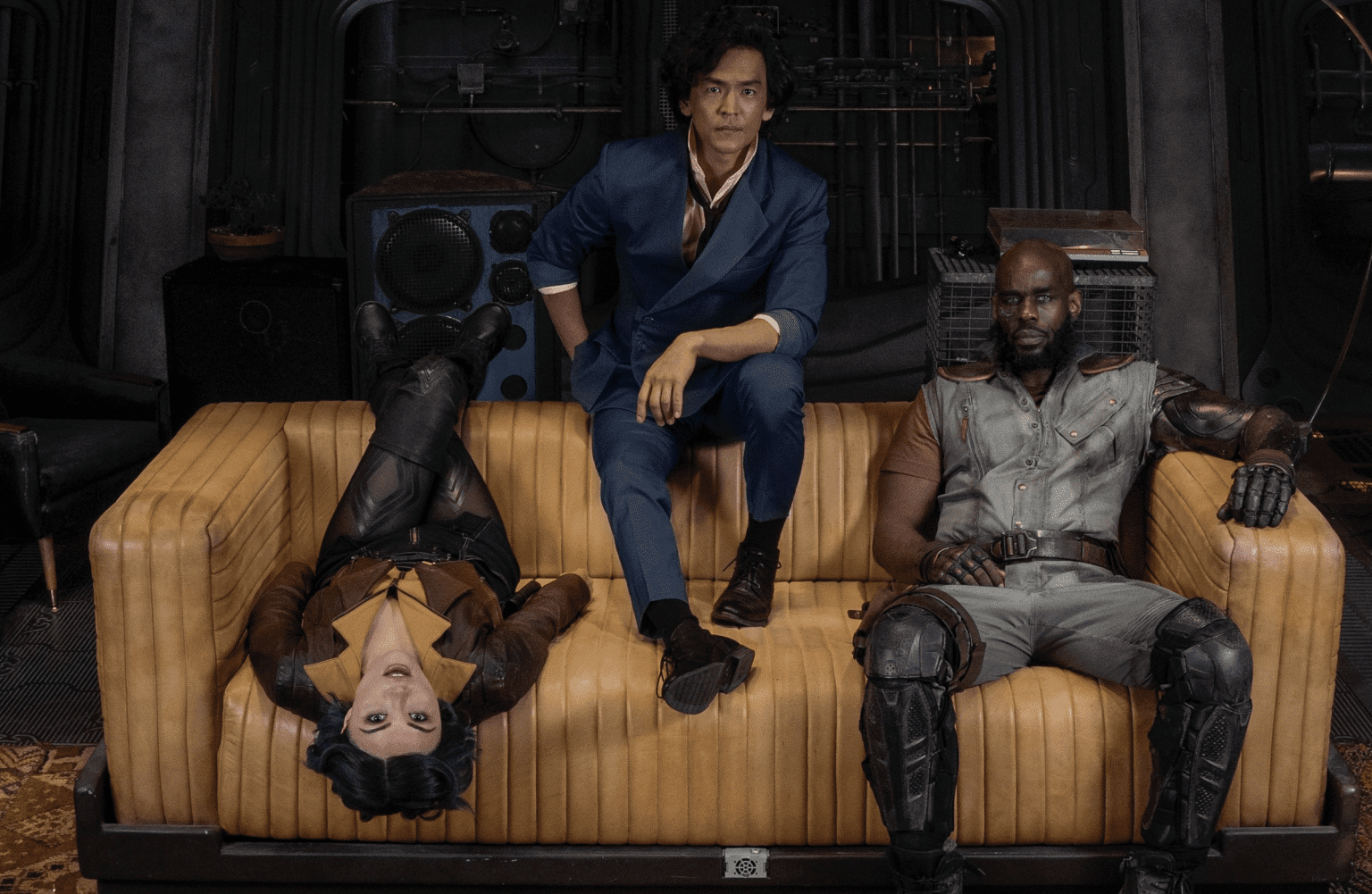 We are so very pleased to share this official first look at Netflix’s upcoming live-action adaptation of “Cowboy Bebop!” This is definitely one of those projects we’ve been waiting (rather impatiently) for, and we’ve gotta say, kinda worth it?

As different as they are deadly, Spike Spiegel, Jet Black, and Faye Valentine form a scrappy, snarky crew ready to hunt down the solar system’s most dangerous criminals — for the right price. But they can only kick and quip their way out of so many scuffles before their pasts finally catch up with them.

Original anime series director Shinichirō Watanabe is a consultant on the series, and original composer Yoko Kanno returns as well.

“Cowboy Bebop” is set to premiere on November 19th, only on Netflix.