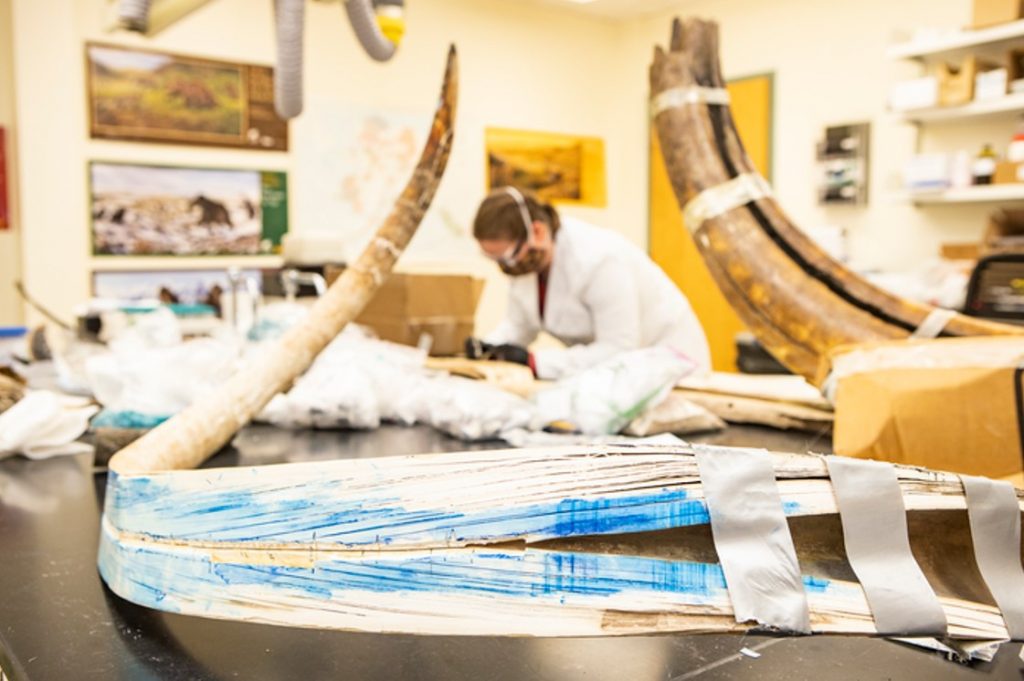 A research team has discovered the amazing story of a 17,000 year old mammoth by studying the isotopes inside its tusks. The mammoth they used was an Artic woolly mammoth who roamed Alaska for the 28 years of its life. It had covered so much ground that they’re saying it could have travelled around the world twice.

Through analysis of a 17,000-year-old fossil from the University of Alaska Museum of the North, they uncovered the mammoth’s life story. By studying the data they uncovered where the mammoth had been in the vast Alaskan landscape when the isotopes presented themselves.

The isotopes are connected to what it ate, so depending on the bedrock and the plant they were able to pinpoint its journey around the area. They were even able to identify at around age 15 of the male woolly mammoth’s life, he was probably kicked out of his herd. This would be in line with what elephants do today when a male child is old enough to start moving around with other herds.

While studying the data embedded in the tusk, they also discovered what killed him. There was a spike in Nitrogen isotopes during its final winter, which is a signal of starvation in mammals. That last winter, he was suffering from not finding enough food.

You can read the entire article here. I’m definitely not qualified to go into the technical details, but this was definitely a neat thing to read about.