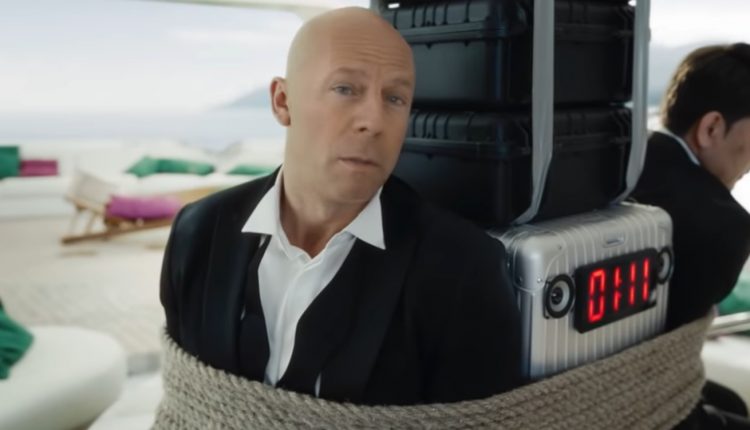 Remember those fantastic foreign ads you’d see on the internet or in your hotel room on some vacation years ago? You’d sit up and point at the screen and say “Is that Nicolas Cage? Yelling about panchinko?” Foreign celebrity advertising is nothing new, and a great way for celebs who aren’t so keen on advertising in their home countries to get in on some zany televised adventures in a place where fewer viewers from home shores will see.

Like a new ad for Russian telephone company MegaFon, for example.

You could be fooled into thinking that Bruce Willis speaks some pretty passable Russian here, who knew John McClane was a polyglot? Of course, eagle eyed viewers can tell there’s something off about Willis’ performance in this strange ad, starring alongside Russian actor Asamat Musagaliev. Willis appears of course as a deepfake, a computer creation of the actor mapped meticulously over the face of another individual using extensive face recognition technology.

According to the Director of Brand and Marketing at MegaFon Vasily Bolshakov, Willis fully licensed his ‘appearance’ in the ad, and claims: “The use of technology allows us to shoot content faster and for less money than attracting celebrities to the set.”

Willis himself no doubt is sitting safe at home sipping a drink and assumedly enjoying the paycheck for doing absolutely nothing. With deepfakes becoming more common in entertainment and the media, it’s a dangerous rabbit hole to start to go down. It’s all fun and games when it’s clearly represented as fake, but in a time when lies are spread like wildfire through the easily fooled, what can be said when you have ‘a video to prove it’?