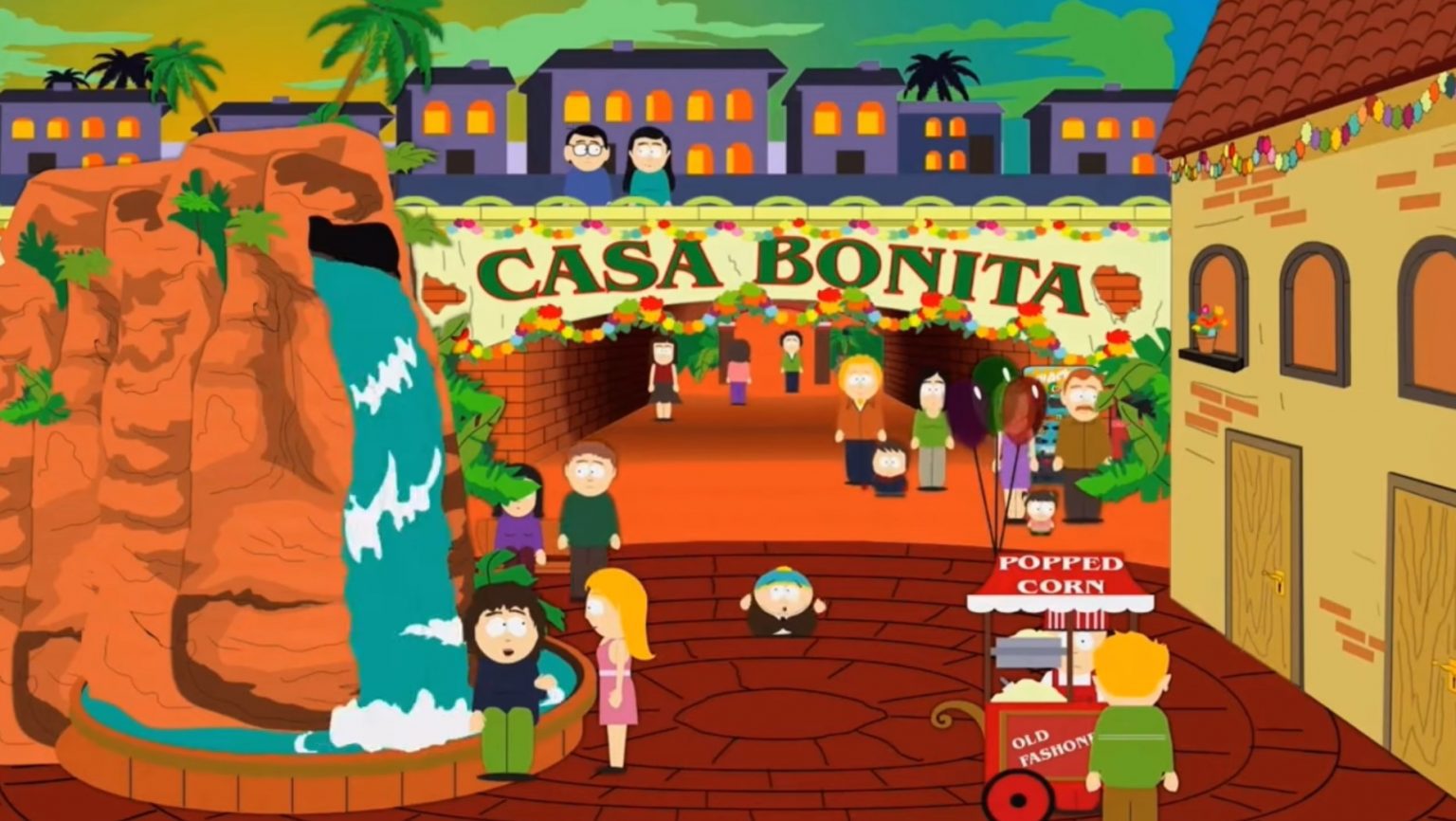 What’s the first thing you’d do if the show you’d created just landed one of the most massive deals in television history? Trey Parker and Matt Stone, creators of adult animation phenomenon “South Park“, certainly had something in mind.

As the ink dries on their incredible $900 million deal with ViacomCBS to continue the genre-defining comedy series for another 5 years and at least 14 made-for-tv movies, the successful duo have completed a personal childhood dream and purchased Mexican restaurant Casa Bonita.

A Denver landmark that the duo claimed to have fond memories of going to as children themselves, Casa Bonita has been a popular roadside spot for almost 50 years. A spectacle restaurant complete with live music, stage performances, cliff divers, and all manner of Mexican themed attractions, many outside Colorado weren’t familiar with the restaurant until the 2003 “South Park” episode “Casa Bonita.”

Written by Parker, the critically acclaimed episode saw Eric Cartman obsessively resorting to misdirection, lying, and eventually kidnapping in an attempt to get himself an invite to Kyle’s birthday party at the restaurant. The episode features a memorable scene of Cartman ‘speed-running’ the restaurant, evading police as he desperately tries to experience everything that Casa Bonita has to offer.

The local Denver attraction was a secret no longer, now the whole world knew, and Casa Bonita claimed that attendance to the restaurant drastically increased following the episode’s broadcast. Sadly, times have been hard to the ‘eatertainment’ attraction since the beginning of the pandemic, and Casa Bonita finally filed for chapter 11 bankruptcy in March 2021. Determined not to let their childhood dream birthday party location slip away, Parker and Stone stepped up to purchase Casa Bonita.

Exactly what the pair intend to do with a crazy Mexican restaurant/roadside tourist attraction is anyone’s guess, but you’d be a fool to think that those “South Park” boys aren’t good with money. Parker and Stone have regularly put their money to work, successfully turning their animated comedy profits into a business funding other entertainment ventures, including funding the project that would become one of the most successful Broadway musicals of all time, “The Book of Mormon”. Parker said that the pair are interested in developing and improving upon Casa Bonita, and of the purchase said: “I think everyone knows the potential of what that place can be, and we certainly do. I think it’s going to be an awesome Colorado thing.”

Parker and Stone continue to work on their animated comedy, a new season expected to hit Comedy Central in 2022. The first of a series of brand new “South Park” films will hit streaming services later this year.