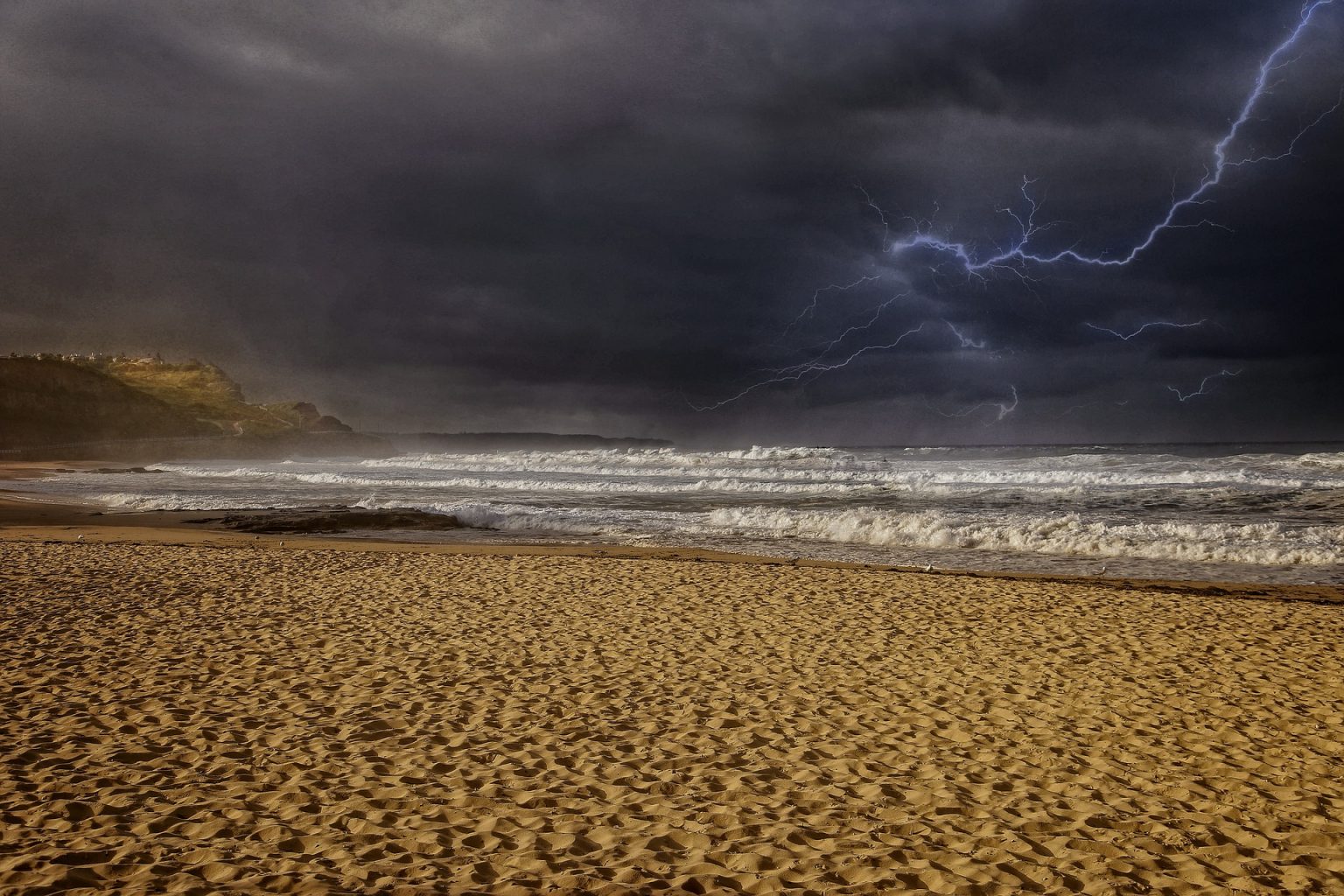 Image by Brigitte makes custom works from your photos, thanks a lot from Pixabay
News

On August 12th, a number of people were trying to beat the dog days of summer. The humidity and heat that New York State throws at residents and tourists every year can be horrendous, but New York City beaches can offer a wonderful respite from it. When the weather turns bad though, and lightning illuminates the sky, the beach is the last place you want to be. Unfortunately, this is the situation that seven people found themselves in last week with one of them losing their life.

Carlos Ramos was 13-years old and spending time with his father when he visited Orchard Beach in the Bronx. A weather map from the time of the incident shows that heavy precipitation and lightning strikes were in the area. As is standard protocol when severe weather is spotted at a beach, lifeguards tell people to get out of the water and seek appropriate shelter. Despite the warning being heeded, the fast, violent, and somewhat unpredictable force that is lightning, managed to strike Carlos and six others.

All seven of the victims were taken to local hospitals, but Carlos was pronounced dead at the Jacobi Medical Center. The six others, ranging from as old as 41 to as young as 5 were listed as being in stable condition when reported on over the weekend.

It feels almost dismissive to say that this tragedy is a case of bad luck, but in so many ways, it is just like so many other freak accidents are. The United States National Weather Service indicates that around 270 reported case of people hit by lightning occur every year. Yet despite the power and intensity of this electrical phenomenon, only about 27 of those strikes are fatal. The odds of being hit by lightning in a given year is roughly 1 in 1,222,000 and even then, there’s only a 10% chance of that strike killing you.

Survivors of lightning accidents can sometimes walk away from it relatively unscathed, but that’s not always the case. That surge of electricity can cause damage to the nervous system, the brain, the heart, and anything in between. Considering that our body runs off of bio-electric energy, it should be no surprise that a large external force of electricity could have a wide range of effects on the human body.

What can make lightning strikes all the more unavoidably tragic is how a bolt can strike as far away as 12 miles from the location of a storm. Because of the differences in speed between light and sound, you could literally be struck by lightning before you even heard the thunder of the first strike.

The passing of Carlos Ramos is undeniably tragic. Nature is undeniably cruel sometimes and when they say that life can change in a flash, this isn’t what that expression is supposed to mean. In a split-second, the life of Carlos was taken, and the lives of those around him was changed forever. Our well-wishes are with his family and we hope they can find some sense of peace in this powerfully sad time.