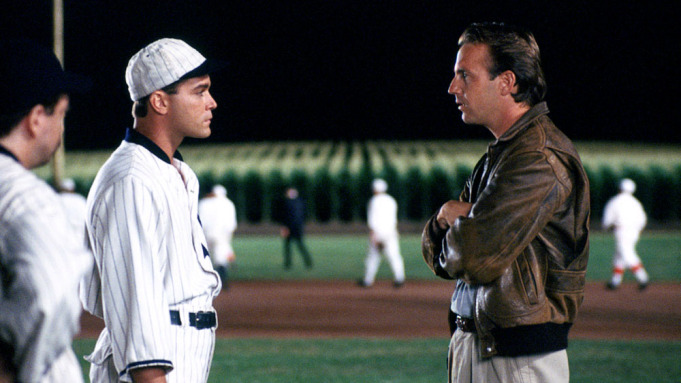 A “Field of Dreams” TV series has been ordered by Peacock. Based on the film starring Kevin Costner, we’re hopeful that this series will continue the warm nostalgia that we feel for the movie.

This news comes after Costner made headlines leading the Yankees and the Red Sox onto the field in true “Field of Dreams” style. People were excited when Costner led the teams from a very recognizable corn field that was featured in the 1989 film.

That single event of him leading the teams out has resulted in that game being the most watched regular-season (not World Series basically) Major League Baseball game since 2005. There’s obviously still a large amount of people who want to see this get made. And many who hold that movie dear because let’s face it. That line, “If you build it,” was one of the best motivational catchphrases of the early 90s after the film came out.

NBC’s streaming service had given a straight to series order. The show will be helmed by “The Good Place” creator Michael Schur, the original film’s producer Lawrence Gordon, and Universal TV.

Schur will serve as head writer. Early loglines indicate the series will be a reimagining, featuring a “mixture of family, baseball, Iowa and magic that makes the movie so enduring and beloved.”

“Through the years, Field of Dreams has remained a fan favorite, maintaining its rightful position in the zeitgeist,” said Lisa Katz, President, NBCUniversal Television and Streaming. “It’s whimsical and grounded, a space where Mike Schur excels, and we’re looking forward to bringing a new version of this classic to Peacock.”

No news for who will be cast or when the show is planned to premiere. Stay tuned for this and other entertainment news.