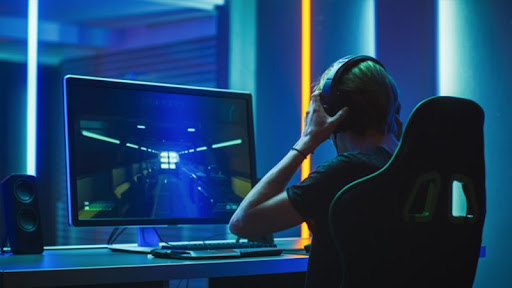 The Social Aspects of Online Games

Online games have taken a more interactive form since it was first developed in the late 1970s. For those who started with Game Boys, you have to connect a console to a TV set, and then players would have to be in the same physical location before gaming can actually occur. This phenomenon has become a thing of the past for at least a decade now. Gamers can now stay thousands of miles away and still connect with each other in ways that were unimaginable before. This has created a new way of looking at gaming, especially in the area of the social interaction it brings to the fore.

For game developers, there’s a projected $175bn industry that has been booming since the start of the pandemic. As people spend time indoors, they are bound to find means to put their excess t

There have been countless debates on the kind of effects that online games have on social behaviors, with some researchers concluding that gaming has an integral role in the life of a gamer. With advancements in social media, particularly in Generation Z, game developers have taken a keen interest in building online communities centered around each game. This is not to say that its influence on social behavior has always been positive, with concepts like Gamergate coming to mind when you think about it or cyberbullying. Addiction has also been a common problem with online games, and for those involved in Online gambling, this can be particularly tasking to solve. Because of problems like this, slots online Canada has taken steps to ensure that gamers on the site use a limited number of hours on their site each week.

Games, in general, emerged as an alternative form of entertainment. Humans have generally played games since the beginning of time to keep themselves entertained and also for the spirit of competition. As with all things, games evolved over time to become what we now call today’s video games. The first known game for commercial use was the “Brown Box”, which was developed in the late 1960s. Since then, games have become more graphical, complex, and real, with some 3D games reaching the dimensions of actually taking a life of their own. As gaming progressed, so did it continue to branch out across different niches and genres. One of the most enduring branching out of games has been the birth of online games, which is the article’s focus. It serves as a means of entertainment, as with games of the old and as a medium of social interaction, where people from different ages, backgrounds, and races can interact in single cyberspace.

For game developers, there’s a projected $175bn industry that has been booming since the start of the pandemic. As people spend time indoors, they are bound to find means to put their excess time to good use. Online gaming is one of those means through which that can be achieved. In fact, in the US alone, four out of every five consumers in a survey organized by NPD claimed to have at least played video games over the last six months. This impact of gaming stretches beyond the pocket of game developers and the need to fill a void amongst users. Games have been proven to actually improve cognitive abilities and also have a lot of psychological benefits. As with most man-made items, there are also negative effects of gaming which has been a cause of concern too. Here are some of the positive benefits of online gaming in the domain of social interaction:

The positive impact of Online Gaming

Bringing the spirit of perseverance

Games are quite tasking; even the most “easy” looking game would also come with some levels that require deep thinking and perseverance to keep trying even when one fails. Now, to scale through that level, a gamer may have to try several times until they learn the secrets of successfully navigating that level. Over time, gamers can develop a never-say-die attitude that could become a huge part of their everyday life. Some gamers have been able to survive seemingly difficult moments because they have been used to that kind of scenario while playing online games.

One of the reasons online games like PUBG has grown in popularity is the way they are structured by allowing players to fight their way through challenges with friends and family. More and more modern online games are borrowing a leaf from this by allowing groups and teams to connect and achieve wins over the Internet. This has helped to foster the spirit of teamwork and friendship among gamers. The impact of friendship in gaming during the pandemic was observed by Mark Griffiths. He also researched in 2003 that showed how about 25% of 11,000 respondents playing a role-playing game kept on gaming because of the level of friendship with other players.

Some online games have aspects that allow gamers to take on various roles as they try to navigate their way around the different challenges that the game brings. For example, gamers could be positive characters or just decide to choose a negative character so as to have insights into why they are like that. Thus, over time one can develop a more profound understanding of why people do things based on the storylines and experiences that they have to endure while gaming online.

If there’s one thing that can’t be denied from playing online games, then it’s the speed at which gamers have to respond to challenges during gameplay. One very effective way of building a habit is by doing things repeatedly. As a result, repeated quick decision-making in games would also lead to faster decision-making in real life. Another social skill that one can develop while playing games is problem-solving. Most recently developed online games require some technical skills that players need to observe to win games. Strategy games require that gamers try to solve the problems they are confronted with while playing games, which could very well develop into a way of life.

The negative impact of Online Gaming

Gaming addiction is probably one of the most disturbing social vices that have come as a result of playing online games. The problem here is not only addiction to just playing games but understanding the gambling addiction as the already disturbing problem. Addiction creates a fake sense of reality which traps gamers to believe that they are in a better place. Since most people play games for entertainment, it’s always difficult to know at what point they become addicted to gaming. This problem has been a thorn in the flesh of psychologists the world all over.

There have been recorded cases where the kind of experiences influences gamers that they have had within an online game. This becomes a serious problem when they try to recreate daredevil scenes from games or try to be villains because it looks cool in the game. This has led to certain outbursts of aggressive behavior that, if not checkmate, can become a recurring event.

The online world is a perfect disguise to get away from the rigours of reality, and gaming actually helps to achieve that. The problem here is getting so invested in this world that people then try to substitute it for real. In addition, some gamers become so involved in gaming that they try to shy away from communicating with people, which is actually a major social problem.

Here’s How Your Printer Should Be Properly Recycled