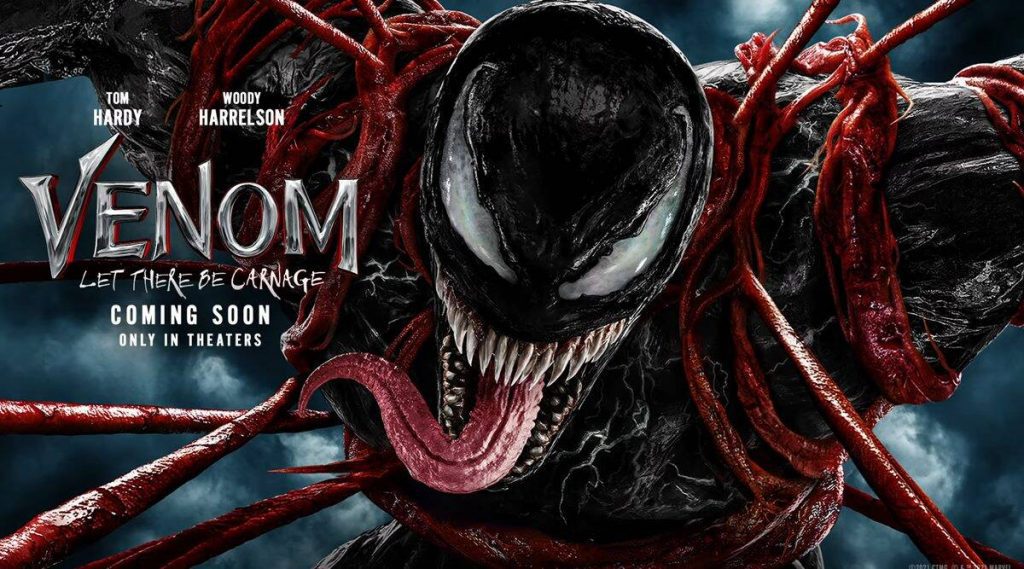 “Venom: Let There Be Carnage” Officially Delayed Once More

The long awaited second outing for Eddie Brock, off-the-rails journalist inhabited by the cruel symbiotic alien warrior Venom, has again been delayed. Previously set to debut in theaters on September 24th, “Venom: Let there be Carnage” will now premier on October 15th. Sony Pictures state that increasingly worsening Covid cases across the United states are the reason for the delay.

The long troubled release of the superhero action sequel follows on all the way from 2020, where the film had wrapped production and was ready to go around the time the pandemic started in March 2020. Knocked back from an original theatrical date of October 2020 into 2021, it seems the studios behind “Venom: Let there be Carnage” are absolutely determined to see a traditional theater debut for the film, instead of taking the movie to streaming services like other superhero fare such as James Gunn‘s recent critical hit, “The Suicide Squad.”

“Venom: Let there be Carnage” continues the story of Eddie Brock (Tom Hardy) and the symbiote Venom that shares his body, as they once more seek the truth under the wicked underbelly of San Francisco.

This time, the unlikely duo are confronted by a fellow symbiote of far greater power, the malicious and blood-mad Carnage, who shares a body with notorious serial killer Cletus Cassidy (Woody Harrelson). Also starring Naomie Harris and Michelle Williams, “Venom: Let there be Carnage” is directed by Andy Serkis.