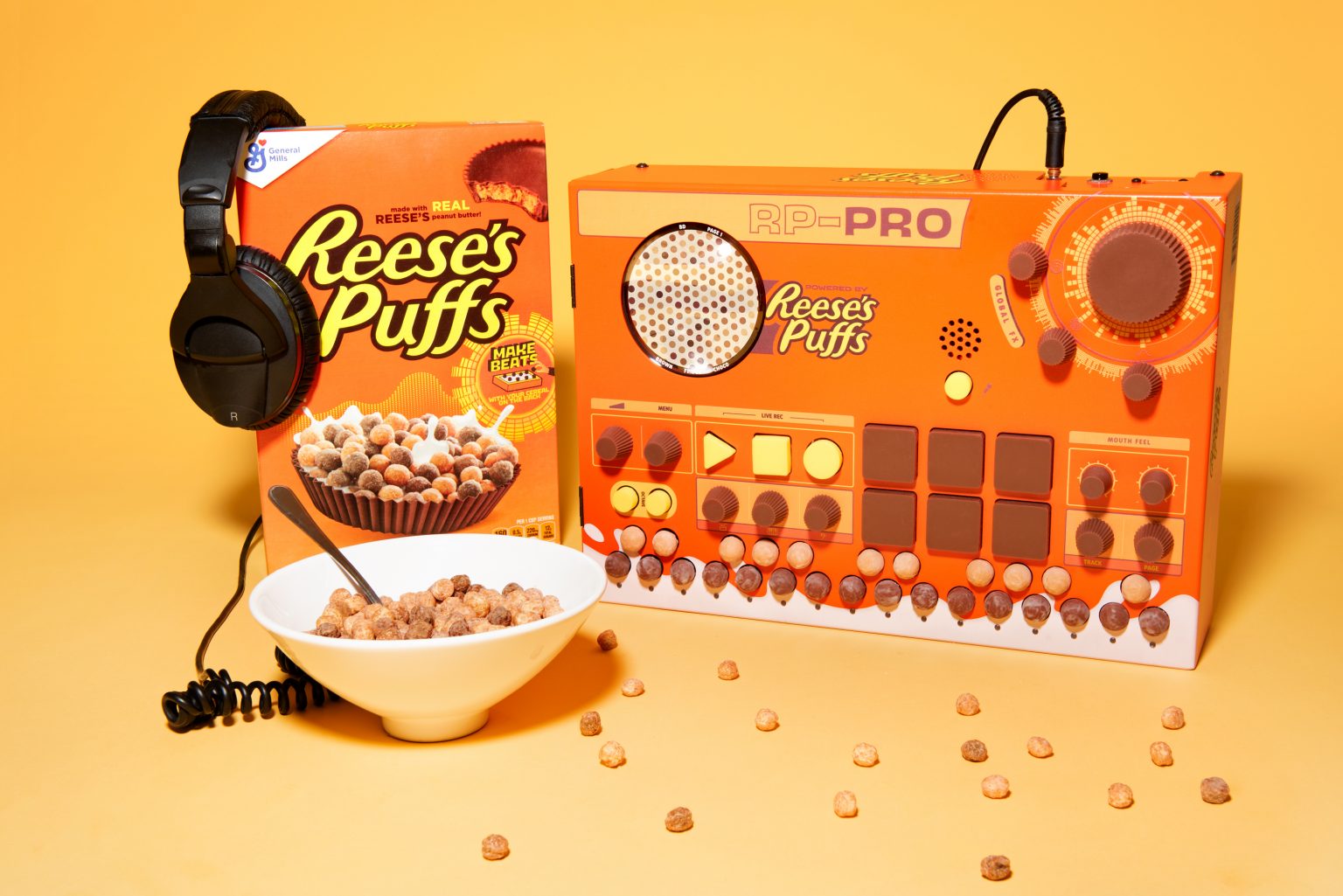 Reese’s is doing a pretty cool thing this summer and letting fans of their snacks get creative. In order to do this they’ve put out limited edition boxes: the Crunchy Drum Machine, the Creamy Lead Synth and the Chocolatey Bass Synth. Each box will be able to do a different thing and you can use them alongside an app.

So, how do they work?

With the RP-FX fans can place their PUFFS on the back of the box and use the accompanying app at PuffsFX.com to start making sweet beats. The RP-FX boxes use a first-of-its-kind augmented reality technology to detect where the PUFFS have been placed and make unique music tracks based off their placement. Fans can get all three boxes to make even more layered tracks. Fans can then share their creations to the world, via customizable REESE’S PUFFS-inspired music videos made with their tunes.

The RP-FX boxes are available now at grocery stores nationwide.

The RP-PRO is the ultra-exclusivesynthesizer, designed to look like a box of REESE’S PUFFS cereal but with all the music samples, audio effects, functions and power you’d expect from the most serious piece of music equipment. The RP-PRO features custom REESE’S cup dials, custom-molded REESE’S PUFFS buttons along the bottom, chocolatey drum pads, a built-in sampler and a dome visualizer with menu. Plus a secret inside compartment to fit a small bag of REESE’S PUFFS cereal for emergency breakfast use.

REESE’S PUFFS will be sending the RP-PRO to some of the top music artists and hit-makers around the country, as well as giving away a few to lucky fans.

Be sure to check these out and who knows, maybe you’ll create the next big hit during your breakfast?!