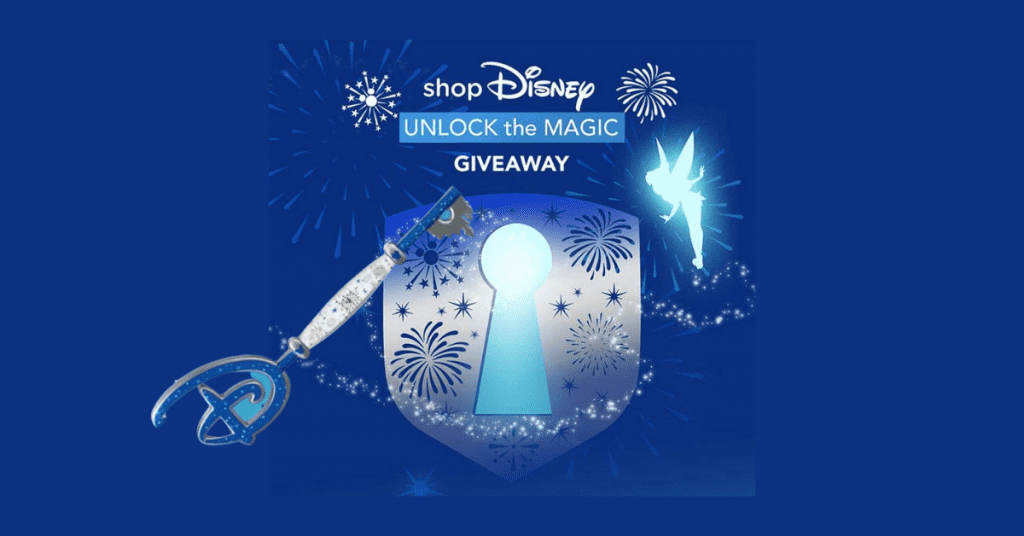 Disney has launched a month long sweepstakes called the Unlock the Magic Giveaway on their shopDisney website! It’s a fitting promotion to run in conjunction with the announcement of the new Magic Key program (the replacement program for the old Annual Passholder program).

The promotion started on August 3rd, and ends on August 31st. There are 4 entry periods indicated in the official rules.

This giveaway requires no purchase. Simply head over to shopDisney and locate the Unlock the Magic Giveaway banner. Once you click through, it will prompt you to enter your email and agree to the Official Rules. Then you get to drag your magic key into a lock to discover if you’ve won. (They do advise to have your volume turned up for the full experience.)

The picture on the banner will be different each day. So don’t think the promotion is over if the banner has changed!

Here’s the breakdown of what you can win during each period of the Unlock the Magic Giveaway.

That’s over 500 prizes up for grabs each week!

There’s no harm in entering your email for the chance of winning a cool little something. And if you don’t win one of the above prizes, you still get a consolation prize: a downloadable Disney themed wallpaper!

Head on over to shopDisney.com and take your chances in the Unlock the Magic Giveaway!