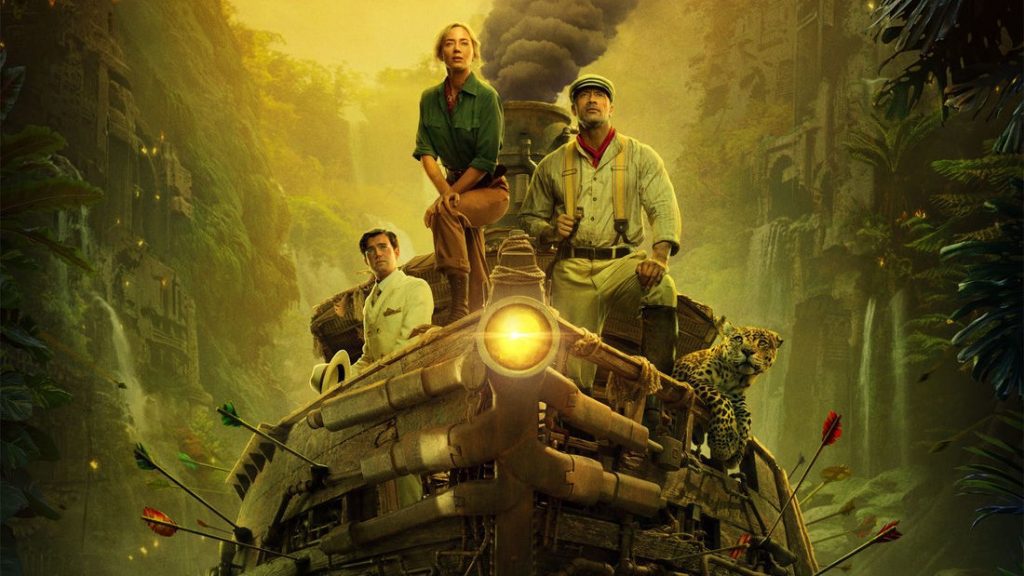 Disney’s latest foray into turning amusement park rides into cinematic outings, “Jungle Cruise,” lands itself squarely in the middle of the pack. Not as good as “Pirates of the Caribbean,” but far better than “Haunted Mansion,” most of its saving graces can be placed squarely on the “we’re all having a fun time” smile and wink from Captain Frank, played by Dwayne “The Rock” Johnson.

The film has the composite vibes of your favorite experience with the ad-libbing and terrible joke-telling riverboat captains from the titular Disney ride, the punchy humor of “The Mummy” (the good one with Brendan Frasier), and the dramatic quest of a lost treasure ala “Raiders of the Lost Ark” and “Pirates of the Caribbean.”

The opening third of the film where it is parodying the ride’s experience by way of an actual WWI-era riverboat captain is the films high point. Which is fine until you realize that it means that 2/3 of the film begins to get bogged down in a contrived quest for the Tree of Life.

It’s not that it ever becomes bad – the performances are suitably executed, notably by Johnson, as well as Emily Blunt as Dr. Lily Houghton and Jack Whitehall as MacGregor Houghton. But while the story by John Norville, Josh Goldstein, Glenn Ficarra, and John Requa opens so very strong, it winds up doing nothing with regards to coming up with anything that we haven’t seen before. Most of the actual adventure story winds up being so color by number that it shifts from fresh and fun to almost droll. Even the adventure pivoting to battling a crazed German naval adversary has strong echos of 1983’s pirate adventure “Nate and Hayes,” and even nearly 40 years ago, the story was handled better.

That said, Johnson seems to be having an utter blast at playing with the ubiquitous jokes and eye-winks, and it is that enthusiasm that puts the score as high as it is. It’s just without that aspect, the rest of the film is more Michael Bay-style flash and bang than Spielberg-esque character development. It’s not terrible, but neither is it going to be winning any awards come review time.

“Jungle Cruise” is rated PG-13, and available in theaters everywhere and on Disney+ with Premiere Access.