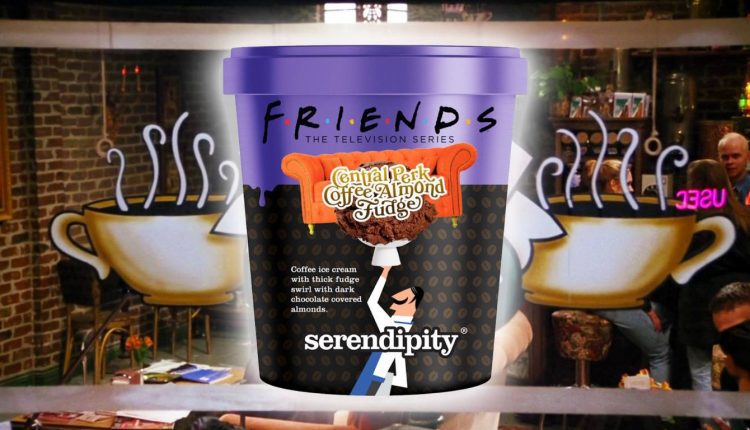 The highly quotable show from the 90s “Friends” is back, but in ice cream form! Inspired by the hit NBC show, Serendipity Brands has released a new flavor based on the series. Throw on “The One With The Prom,” or whatever your favorite episode is and enjoy a nice pint of ice cream to go along with it.

Central Perk Almond Fudge is a permanent fixture in the flavor lineup, while “The Goonies,” “CaddyShack,” and “A Christmas Story” will be limited-time releases. All flavors will be available at the suggested retail price of $5.99 in local supermarkets, convenience stores and other food retailers across the country and online at serendipitybrands.com.

Let us know if you find these flavors in the wild, we want to try them!