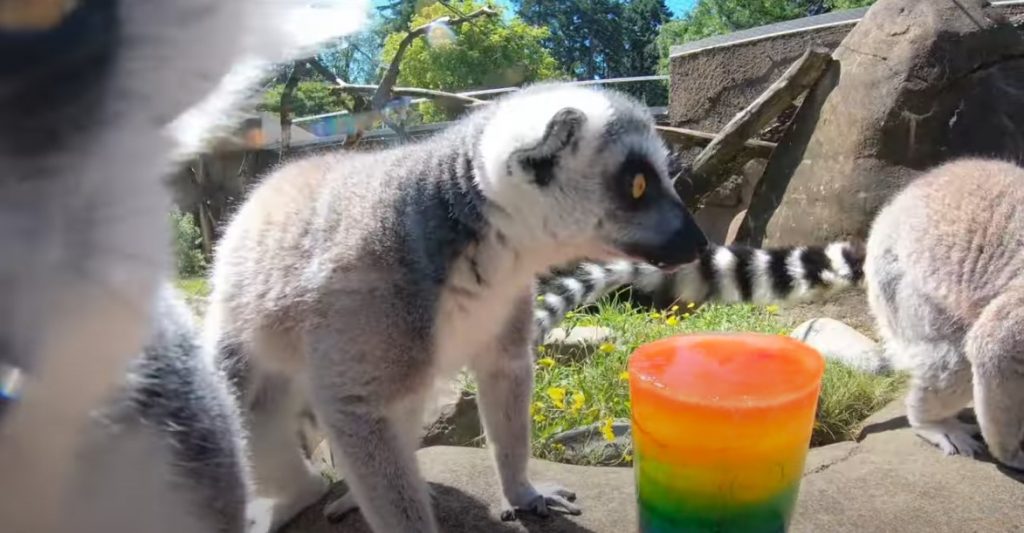 I’m in California, so I know it’s been hot this summer. And not just here, either. All over the United States, people have been trying to stay cool. So what happens when animals at zoos get too hot? I imagine lots of water is offered and maybe they have a sprinkler or something. But for some lemurs at the Oregon Zoo the zookeepers thought of something a little more special.

Watch them as they gather around the cold offerings and eat up all those delicious fruity treats. They’re cute and they were able to capture some absolutely adorable angles. Check out the video below!

Leme Cuisine! Both ring-tailed and red ruffed lemurs enjoyed some frosty snacks. Ring-tailed lemurs aren’t picky eaters – they snack on leaves, flowers, fruit and insects. In their native Madagascar, they also eat caterpillars, birds, chameleons, and spider webs. Ruffed lemurs are one of the biggest of the lemur species, and help regenerate the forest by spreading the seeds of the fruit they eat. They’re also pollinators. When they feed on nectar, they open the flower and bury their snout in it, getting pollen all over their noses. They transfer the pollen from their noses to the next set of flowers as they move to the next tree.