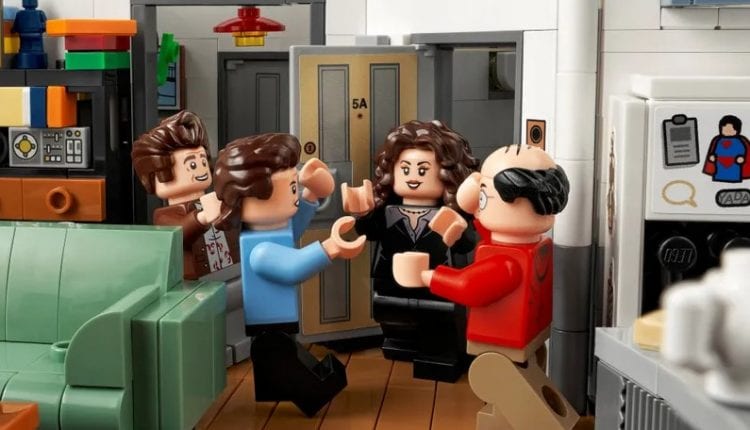 Sitcom “Seinfeld” Gets a LEGO Set About Nothing

LEGO has revealed a brand new set is coming that’ll allow you, George, and everyone else to pretend they’re an architect with this “Seinfeld” set!

The announcement comes just in time to celebrate the 32nd anniversary of the premier of the popular sitcom, from all the way back on July 5th, 1989. The set, designed by mega fan Brent Waller, brings us inside the apartment of the title character, Jerry Seinfeld and includes all of the main characters in adorable LEGO form.

Waller used a popular Lego development system that can be found online called the Lego Ideas Initiative. He had this to say about it:

“I loved Seinfeld in the 90’s and recently re-watched them all. I thought it was a travesty that a LEGO Seinfeld didn’t exist, so I made an effort to resolve that and make the best rendition of Jerry’s apartment and the gang that I could. The biggest challenge was trying to cram as much detail from the show into the kitchen, all the cupboards, items in the cupboard, and on the bench-tops. But I am very proud of how it turned out.”

The set hits store shelves on August 1st, 2021 with VIP pre-orders opening up on July 21st. Get your LEGO set about nothing here.