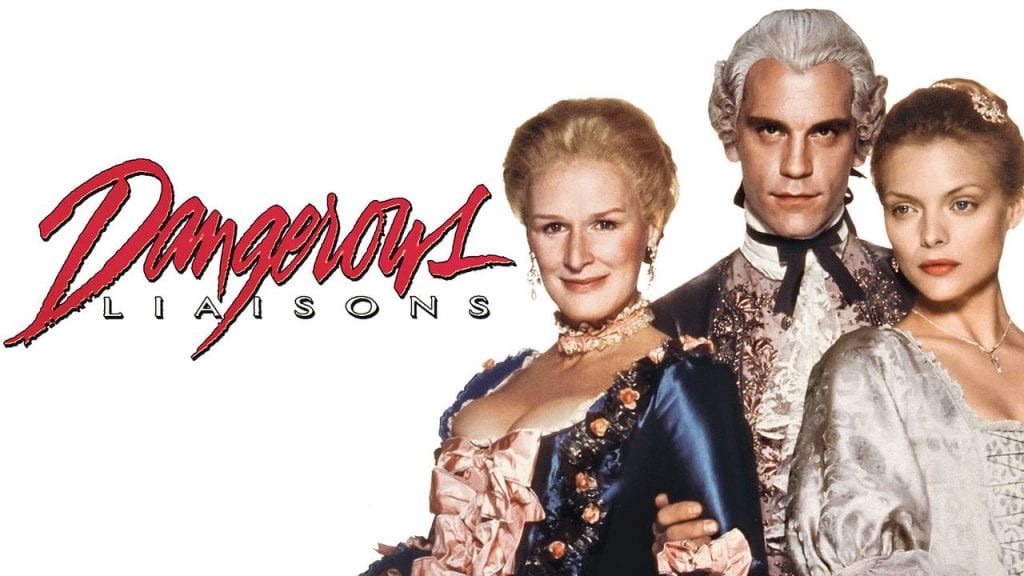 One of our favorite lush period dramas out of the 80s has to be the stunning “Dangerous Liaisons.” Talk about an incredible cast- the 1988 film starred Glenn Close, John Malkovich, Michelle Pfeiffer, Uma Thurman, Keanu Reeves, Swoosie Kurtz, and Peter Capaldi. The movie was a three-times-removed adaptation of Pierre Choderlos de Laclos‘s 1782 novel of the same name. It’s got EVERYTHING- sex, lies, intrigue, and some of the most incredible costumes.

It also is getting a new adaptation coming from cabler STARZ, who just announced 14 names as joining series stars Alice Englert and Nicholas Denton, who will be playing Marquise de Merteuil and the Vicomte de Valmont, respectively. (Those are the roles played by Close and Malkovich in the 1988 film)

Lesley Manville (“Phantom Thread“) as Genevieve de Merteuil, a Marquise who becomes Camille’s mentor in the world of the Parisian nobility.

Carice van Houten (“Game of Thrones”) as Jacqueline de Montrachet, a pious noblewoman with a mysterious connection to Camille.

Hakeem Kae-Kazim (“Godzilla vs. Kong“) as Majordome, who runs the Merteuil house.

Mia Threapleton (“A Little Chaos“) as Rose, an impressionable young prostitute with dreams of a better life.

Maria Friedman (“Joseph and the Amazing Technicolor Dreamcoat“) as Berthe, an effervescent dressmaker for the great and good of Paris.

Clare Higgins (“Ready Player One“) as Madame Jericho, the eccentric proprietor of a brothel in the slums of Paris.

Reportedly, the series will go into detail about how de Merteuil and Valmont meet as young lovers in Paris on the precipice of the Revolution. Driven to right the wrongs of their past, we follow the couple as they rise from the slums of Paris and scale the heights of the French aristocracy, seducing and manipulating both the nobility and each other to survive.