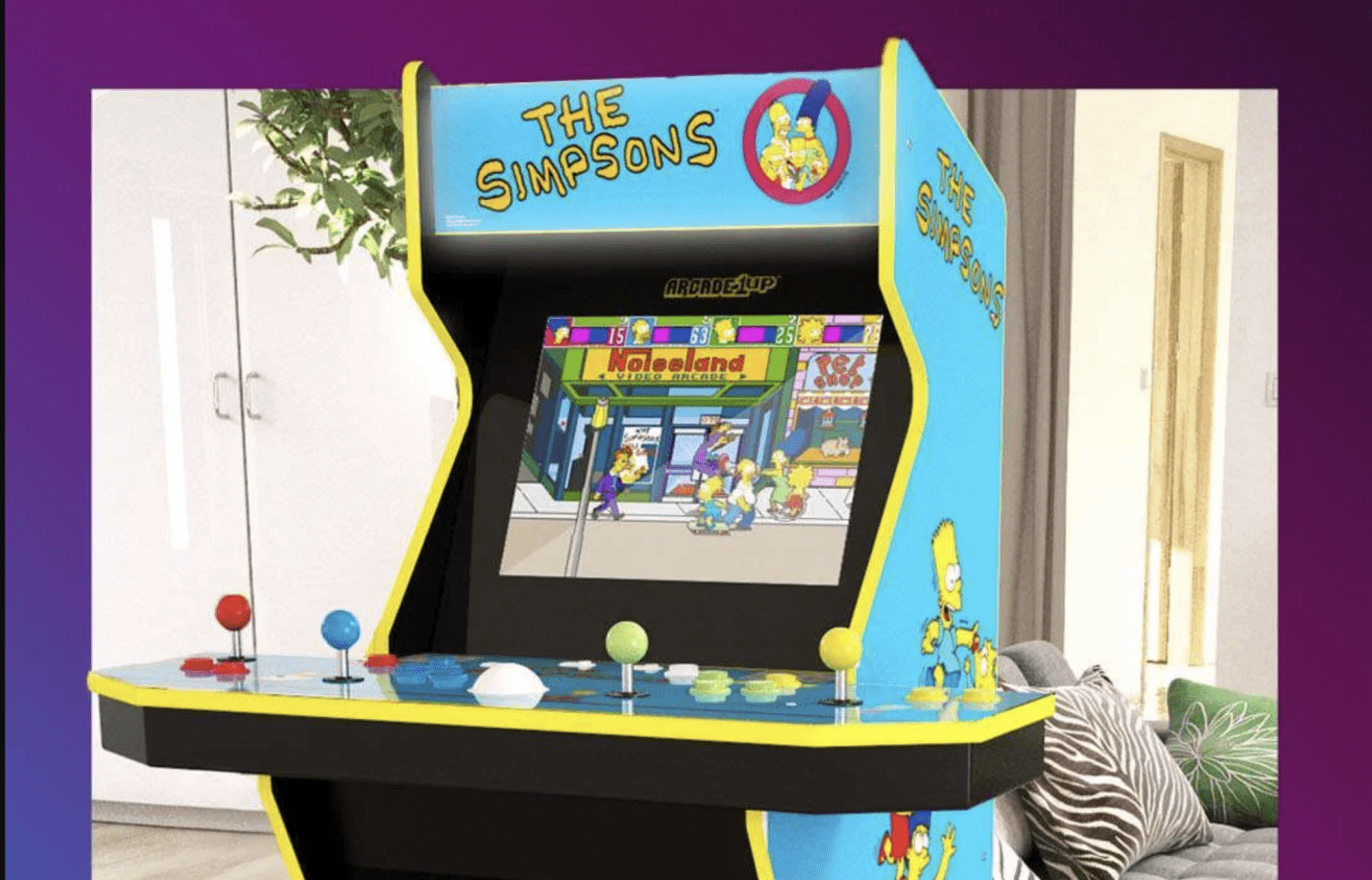 There are some news articles that are hard to remain objective about; this is one of them. I, along with many other thirty-somethings, have very fond memories of playing Konami’s “The Simpsons” arcade game following its release in 1991. The cabinet allowed for up to 4 players at once with a game engine quite similar to the one used for “Teenage Mutant Ninja Turtles” game released two-years prior. And just like they did with “Ninja Turtles,” the team over at Arcade1Up is bringing “The Simpsons” to their line-up of home arcade cabinets.

Because of licensing rights issues, this particular “Simpsons” game has only once found its way onto home consoles (barring the Commodore 64 and DOS ports from 1991) when it was released digitally for the PS3 and Xbox 360 back in 2012. Unfortunately it was delisted sometime around the end of 2013 and start of 2014, and has not returned since. So this release will be the very first time that “The Simpsons” arcade game will have a physical release of sorts for the home market.

The game itself is pretty simple fun, you get to play as either Homer, Marge, Lisa, or Bart, as you try to rescue Maggie. See, Smithers has stolen a diamond for Mr. Burns and when Smithers accidentally bumps into the Simpsons clan, the diamond goes flying towards Maggie who then uses the jewel as her new pacifier. Instead of taking the diamond back, Smithers just kidnaps the baby leaving the rest of the family to track him down. It’s worth noting that this game was made in the early days of the cartoon when the creators only had the early seasons to draw from, hence why Smithers is much more villainous here before his character was more developed.

In addition to the 1991 “The Simpsons” arcade game, another title is being included which will be announced when orders open on July 15th. While not officially confirmed, there is a trackball in pictures of the cabinet. While not official yet, it’s reasonable to assume that the other game on the cabinet will be “The Simpsons’ Bowling” also released by Konami. This 2000 title has never had any kind of port, so releasing this to the home market would be an absolute first outside of arcade emulation programs.

More recent machines from Arcade1Up have even added in Wifi adaptors so you can play online against other cabinet owners, something that will also be happening with “The Simpsons” cabinet. If it’s programmed like their other machines, switching between games and online or offline play is as simple as choosing things from the main menu after powering it on.

If you’re not familiar with Arcade1Up, I have to admit in full disclosure that I am a huge fan and own three of their cabinets, “Marvel Super Heroes,” “Teenage Mutant Ninja Turtles,” and “Marvel vs. Capcom.” All of their standup cabinets are 3/4 the size of a normal arcade release and can have a riser attached that bring the control panels up to the same height you would normally play them with at an arcade. The joysticks feel great, as do the buttons and the adjustable volume can vary from soft to surprisingly loud for a true arcade like experience. Personally, I am thrilled with the quality of these machines and having assembled three of them myself, can attest to how easy they are to put together.

So yes, this is fantastic news for arcade enthusiasts, “Simpsons” fans, and retro gaming enthusiasts. If Arcade1Up releases this with the same care as they have their previous cabinets, this will be a huge get for a collection.