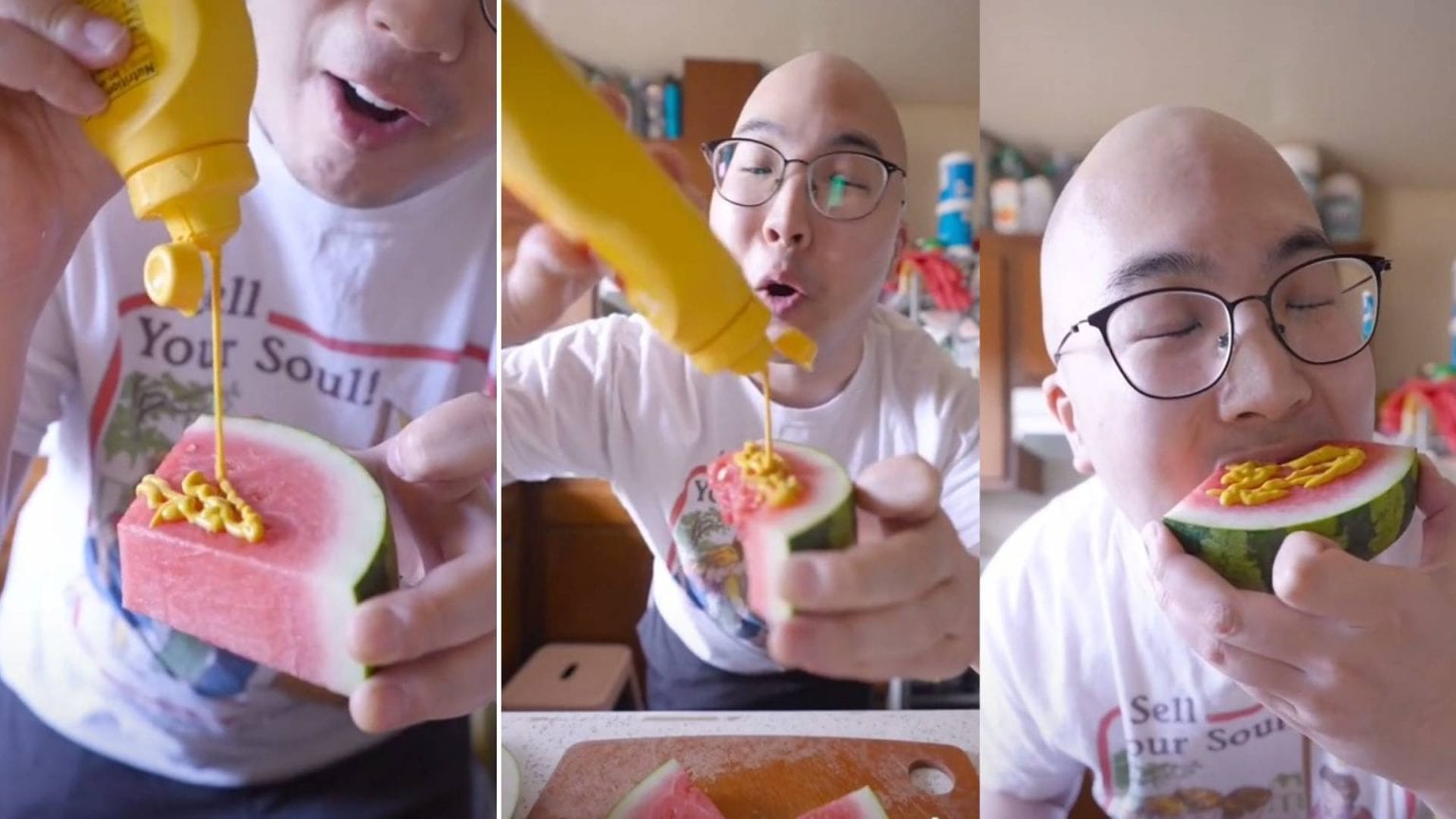 I haven’t actually gotten around to buying a watermelon to try this out, but I thought I would build up the courage by writing about it. I mean it can’t be that bad right? Many people on TikTok are now trying the new food trend after yayayayummy posted a video of themselves eating a slice with yellow mustard on it.

Now apparently the key to this is using French’s Yellow Mustard. Good to know because now I have to buy a whole new mustard as well since we have the store brand. It’s cheaper and does the job ok!? Well apparently that was the big problem when Lizzo went to try this out because instead of French’s she used Heinz and we can see her get visibly confused on the taste.

She doesn’t stop at just one bite, which leads me to believe mustard on watermelon might be good? I’m open to other opinions and I’m always down to try something at least once. Whether or not this sticks around is another thing. Yayayayummy insists that the flavor is tangy and vinegary, and that it matches perfectly with the watermelon’s sweet taste.

Back in 2019 it was a growing trend to have mustard ice cream. We not only saw the creation of that but also other condiment flavored ice cream. Honestly I hadn’t heard much else about it other than it existed so I doubt this fad made it out of 2019. I’m guessing this new trend also won’t make it past 2021, but we’ll see. I was also hesitant about Mayo on corn on the cob and after I tried that I felt like booboo the fool (because it’s sooo good). So like I said we’ll see.