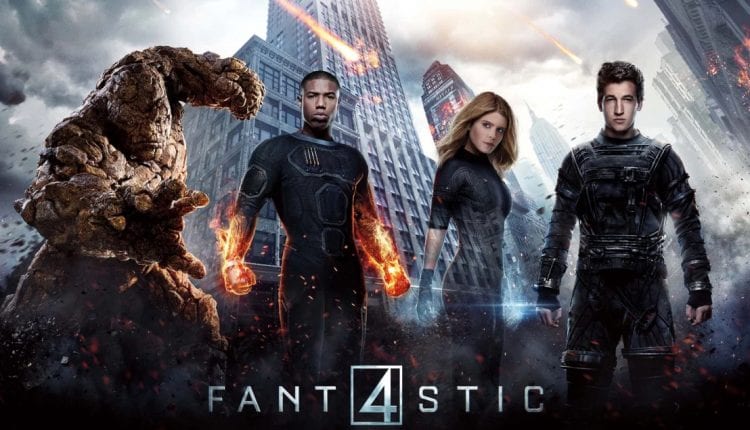 I don’t know what keeps going wrong with such a marketable franchise, but 2015’s “Fantastic Four” couldn’t get more wrong if it tried. “Fant4stic” somehow manages to be worse than the previous entries which were marginally enjoyable at best. This rebooted trainwreck functions like it has never seen the previous two attempts, and moves to take anything that could possibly be construed as fun. It is a bleak affair from start to finish, not only in its in tone and narrative, but even in its visuals. Everything is dark, brooding, and meandering which turns otherwise fun and somewhat silly characters into angsty, whiny teens. As with most films that make this unfortunate list, “Fantastic Four” chooses the wrong stories to tell, resulting in a vapid viewing affair.

By all accounts, “Fantastic Four”should have been great. The bar was low and while the production ended up being an absolute nightmare on its own particularly surrounding the films director Josh Trank, it still should have managed to be at least somewhat enjoyable. Instead, it actually makes you long for the 2005 version. Even if you wanted to attempt a darker take on bright heroes, this is not how you do that. While the film had multiple reshoots and rewrites including a different ending, none of them fix the basic framework of the film. The things that are wrong with this “Fantastic 4” go far beyond simply disagreeing with the filmmaker and studio meddling. The film is a collection of foundational bad decision that compound with every attempt to correct them, resulting in even WORSE decisions in the final product. The film feels as disjointed as its production, as if it were written by 3 different writers in three separate rooms without any of them every reading the others.

Strangely enough, there WERE three writers that wrote the screenplay, including director Josh Trank. To paint a picture of just how disastrous the making of the film was, Jeremy Slater‘s first version of the script included Galactus and was more along the lines of a Marvel Studios film in tone. One would be quick to call this nothing more than hindsight and damage control, but Slate has been tapped to write for the upcoming Disney+ Series “Moon Knight,” which leads me to believe that at least one of the writers involved really did try to put some kind of fun into “Fantastic Four.” Regardless of how much or how little of Slate’s original vision made it into the final product, the fact remains that the film is just downright dreadful and boring. Yes, a large majority of the blame lands on the writers and filmmakers behind the scenes, but there are two more major flaws that plague this movie, and make it stand out as one of the worst superhero films of the last decade.

The first major flaw is the casting. Absolutely everyone is miscast, from Michael B. Jordan as Human Torch to Kate Mara as Sue Storm. However you feel about Jordan (as I’ve come to learn that he’s far more polarizing as an actor even though every agrees that his abs are carved by gods), a wise cracking, impulsive, troublemaking little brother feels so far out of his range even on paper. Jordan simply doesn’t have that kind of playful charm needed to round out the dynamic of the Fantastic Four which in turn makes every single one of them the same personality wise. No one stands out at all, as their characters are written as bland angsty youngsters and the actors are incapable of adding hint of uniqueness to it.

Reed Richards should be vastly different than Johnny Storm, not just in powers but in personality and demeanor. For better or worse, the 2005 version gets at least this part right. All of our heroes are distinct and different albeit cartoonish, but they’re all allowed some leeway in how they can bring their characters to life. “Fantastic Four” on the other hand has everyone boxed in (literally) with nothing to aside from read the lines on the page and be sad about everything. There isn’t one single stand out performance among any of heroes, which makes it extremely hard to root for any of them.

The second major issue is what I call The Doom Problem. There hasn’t been a single “Fantastic Four” film that has ever really understood what to do with Viktor Von Doom, resulting in an underwhelming villain and even less compelling climax. All three of the most recent films, including this one, struggle with bringing this nemesis to life in a way that makes sense, often muddling his motivation so much you’re never quite sure what it is he wants to achieve. Because of this, the subplot of friend turned arch foe is drawn out until the very last second and results is a lackluster, over too soon, what the hell was that kind of final battle. It’s as if no one is sure what to do with Doom once he becomes the villain, so they just waste as much time as possible explaining how he used to be their friend and now he’s not so….surprise! He’s a bad guy now. It is an incredible disservice to such an otherwise compelling and powerful villain. “Fantastic Four” might even be the worst at this because we don’t even care what happens to the heroes when the finally square off against Doom, so all the tension is sucked out of whatever is happening on screen.

A boring, painful watch. We spend an enormous amount of time with characters who are indistinguishable from one another- all meandering about their science projects and whining about it all along the way. When they finally get their powers, they whine about that too. Then, as if from a completely different script, Doom shows up, our heroes have to come together, blink and you miss it and he’s defeated and now they’re a superhero team. It’s a miscast collection of mistakes amplified by an even worse final script compounded further by terrible decisions made by too many different people.

“Fantastic Four” should’ve been the happy medium we were promised; a playful but more grounded approach than its predecessors, telling a more adapted version to avoid the cartoony elements but keeping the charm of our heroes in tact. Instead, he leans so hard into the opposite direction that it becomes unwatchable abomination. I’m willing to forgive a lot especially when so much went wrong during production, but “Fant4stic” is unforgivably terrible even IF I was being generous, and unequivocally deserves its 9% on Rotten Tomatoes.

Frankly, it shouldn’t have a higher score than 4%. That’s right, 1% for each of the team for taking all of the fantastic out of “Fantastic Four.”